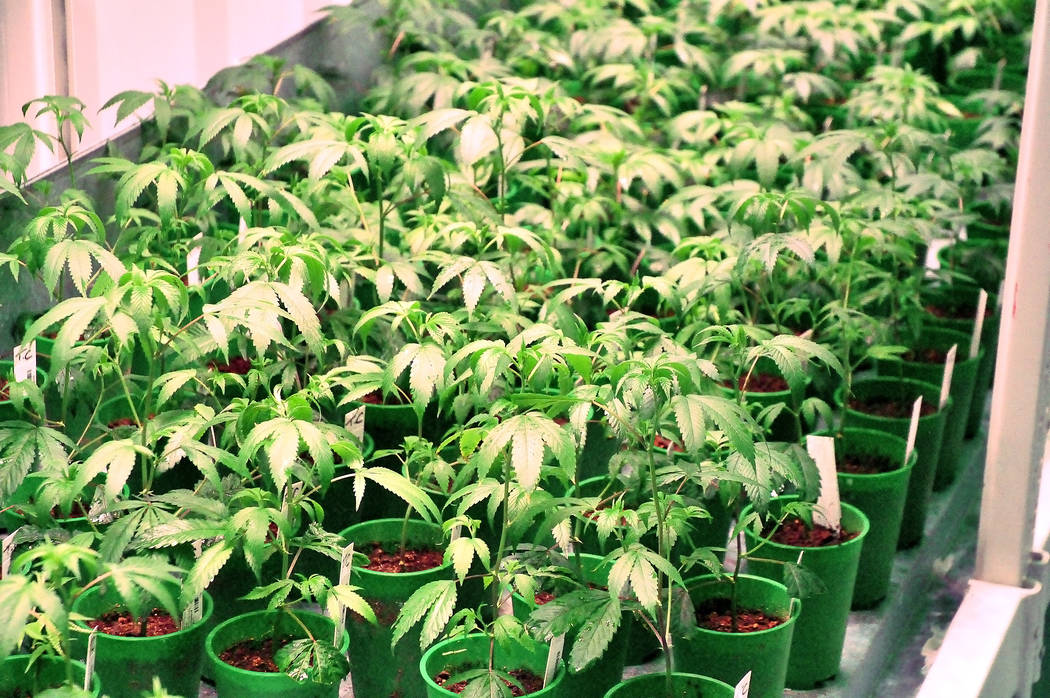 Horace Langford Jr./Pahrump Valley Times Nye County officials decided to postpone a zoning ordinance for outdoor marijuana on Tuesday. Several bills related to marijuana are currently making their way through the Legislature. Commissioners said it's too early to establish an ordinance without knowing what the state will adopt.

After a brief discussion on Tuesday, Nye County commissioners didn’t direct the Nye County Planning Department to work on a zoning ordinance for outdoor cultivation.

Nevada deferred the allowance of outdoor cultivation to local government entities after voters approved the use of recreational marijuana in November.

Outdoor cultivation is an open field growing system with fencing surrounding it, not confined within a greenhouse or building, according to the documents.

“I really don’t support growing it outside at all, I think we are asking for a lot of problems,” Cox said.

The Nevada Department of Agriculture proposed a five-mile buffer between hemp and cannabis and an 8-foot chainlink fence.

“I would suggest that we do not allow it inside the Pahrump Regional Planning District, it’s densely populated. We would allow it in other farming areas with the consent of the local community governing boards,” Schinhofen said.

On security, Schinhofen suggested outdoor cultivation facilities in Nye County have 24-hour security guards and cameras. If installed, the feed from the camera would go to the Nye County Sheriff’s Office in Pahrump.

Commissioner Lorinda Wichman questioned whether it could work in northern Nye County.

“It will only take you five hours to get there,” Wichman said. “I understand that you can dispatch other officers in other areas, but again, we are piling more work on Sharon and her office and the department that is constantly looking for more people and we are constantly giving them more work.”

Nye County Sheriff Sharon Wehrly agreed with the proposed security measures but said, “the best thing that we could do for ourselves is just not allow it.”

“There’s a large security problem. If someone’s going to grow marijuana on 50 acres surrounded with a fence, good luck. Someone’s going to cut the fence and get in there and start stealing stuff, unless you’ve got a billion dogs,” Koenig said.

If outside growth is allowed, Koenig said Nye County would lose tax money, as no buildings would be constructed.

“We are losing a lot of things by letting it just grow willy-nilly,” Koenig said. Nevada recreational marijuana sales are expected to start on July 1, but several proposed bills related to marijuana are making their way through the Legislature.

Without knowing what the state will adopt, it would be premature to establish Nye County ordinance on the subject, Wichman said.

“I wish I could predict the pieces of any legislation that is to see its way to the end of session,” Wichman said. “I don’t have a crystal ball that works reliably.”