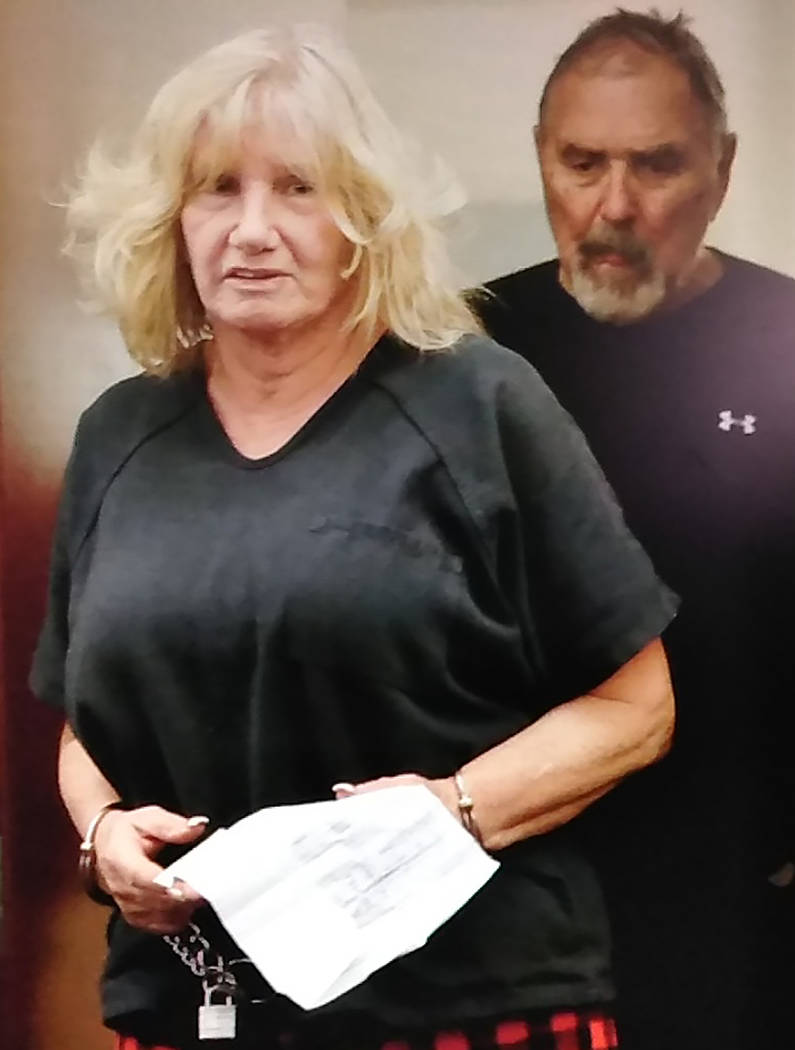 Photo courtesy of Erik Verduzco/Las Vegas Review-Journal A 45 count criminal complaint against Patricia Lynn Chappuis and husband Marcel was filed by the Nye County District Attorney's Office on Wednesday August 6. Both are scheduled to appear for arraignment in Beatty Justice Court on August 19 at 10 a.m. 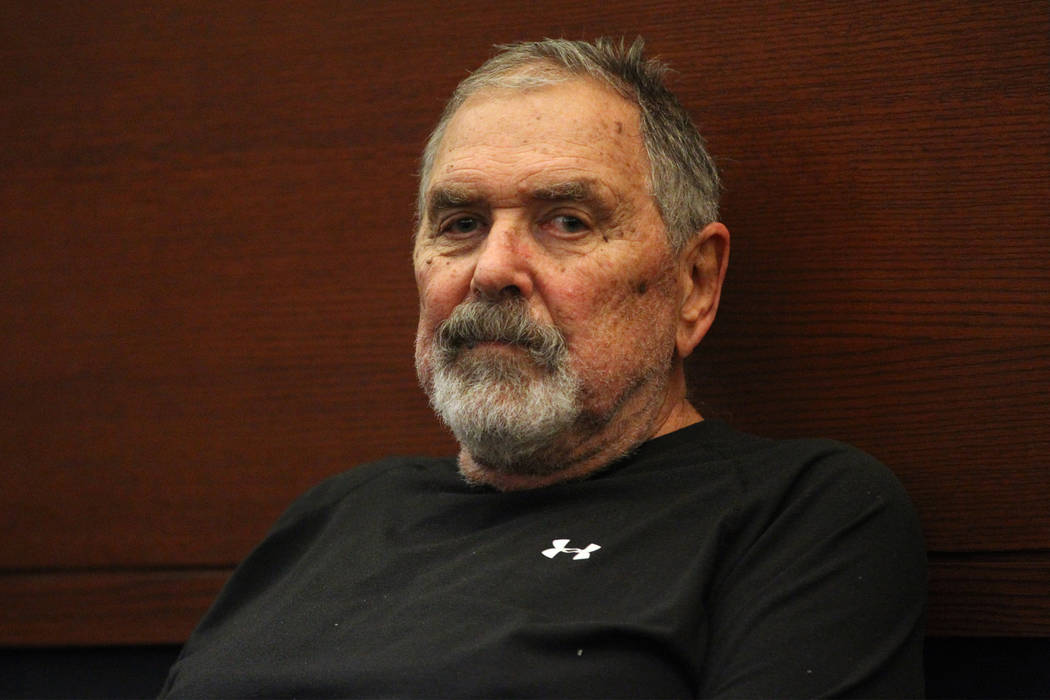 Erik Verduzco/Las Vegas Review-Journal Marcel Chappuis appears in court for a bail hearing at the Regional Justice Center in Las Vegas, Thursday, Feb. 14, 2019. Marcel Chappuis and his wife, Patricia, were formally charged by the Nye County District Attorney on 45 felony counts each of child abuse or neglect, according to an Aug. 6 release by the Nye district attorney's office. 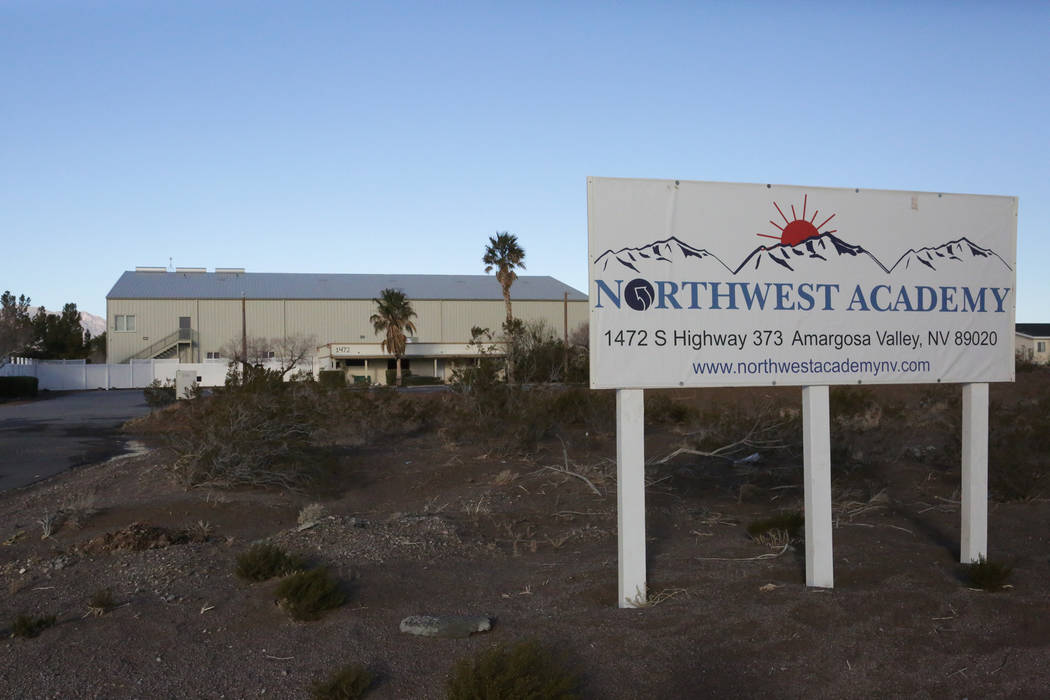 The Nye County District Attorney’s Office has formally charged the owners of a private boarding school in Amargosa Valley that closed in February with numerous counts of child abuse or neglect.

As stated in a news release, District Attorney Chris Arabia said both defendants, identified as Patricia Lynn Chappuis, 66, and husband Marcel Chappuis, 72, are facing 45 counts each of child abuse or neglect, each a category “B” felony, for alleged conduct violating children enrolled and living at Northwest Academy, a school for at-risk teens.

“After careful review and mindful of the need to protect the public, we have decided to pursue criminal charges in the matter,” Arabia said. “These children suffered and that’s simply unacceptable.”

On Wednesday, Aug. 7, the couple’s attorney, Thomas Gibson, delivered a brief message to the Nye County District Attorney’s Office, regarding the charges his clients are facing.

“My only comment is good luck with that one,” he said incredulously. “Forty-five counts of nothing that they can prove. Good luck trying to prove your case.”

Arabia’s announcement this week comes roughly five months after the couple’s initial arrest back in mid-February of this year.

As reported in the Pahrump Valley Times at the time, most of the counts came to light following an investigation into the now-shuttered private boarding school’s tap water, which officials claim contains high levels of arsenic, according to Nye County Sheriff’s Office Sgt. Adam Tippetts. The school closed in February.

During an interview with detectives, Hill “admitted to going hands-on with students on a number of different occasions,” stated a Feb. 8 report in the Las Vegas Review-Journal.

Hill’s alleged actions were relayed to the sheriff’s office by a former employee and former student.

“Hill acknowledged putting students on the ground even though it was against their policy,” said Nye County Sheriff’s Office Detective James Brainard in a two-page report, according to the Feb. 8 report in the Review-Journal. “Hill minimized his use of force on students, but justified his level of force.”

At present, Hill has not been formally charged, according to the Nye County Clerk’s Office.

Regarding the water issue, investigators determined that the academy’s water had been contaminated for more than two years, and that school officials had been limiting students to three small water bottles a day, but the school reportedly often ran out of bottled water, sometimes going without it for up to three days, Tippetts said.

“Even during the hot summer months, students were either required to drink the tap water or nothing at all,” he said.

Tippetts also said students drank the tap water when they were given their medications.