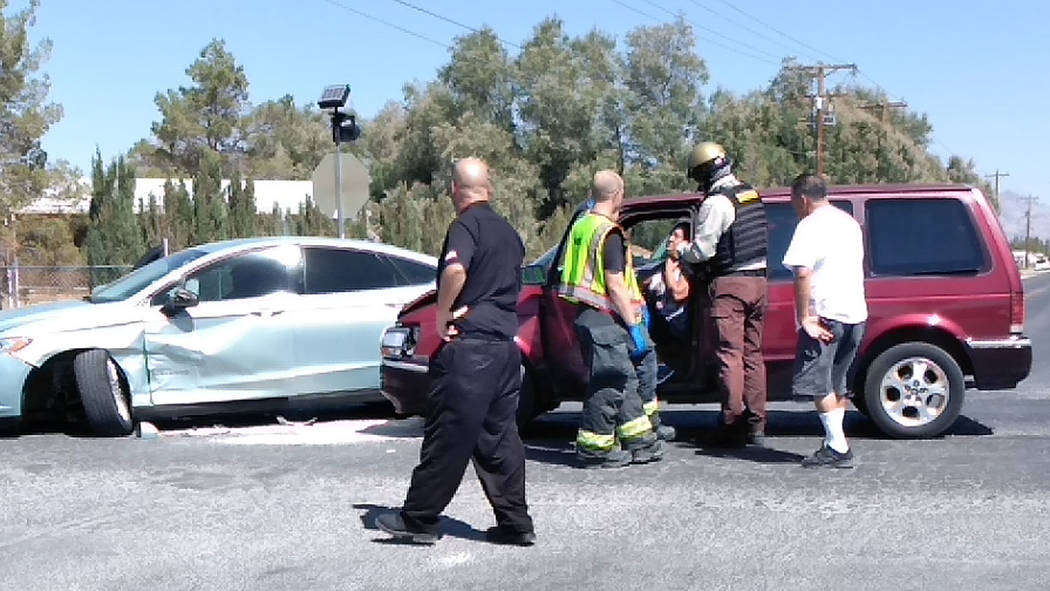 Three people were transported to Desert View Hospital following a two-vehicle collision at the intersection of West Charleston Park Drive and Barney Street.

Emergency crews were summoned to the scene just before 10 a.m., on Tuesday, Aug. 28, where a maroon minivan and a light green sedan collided.

Westbound traffic along Charleston Park Drive was diverted through the Family Dollar business parking lot, while travel southbound on Barney Street was shut down as crews assessed the patients and worked to clear the scene.

Nye County Sheriff’s deputies are investigating which driver was at fault.