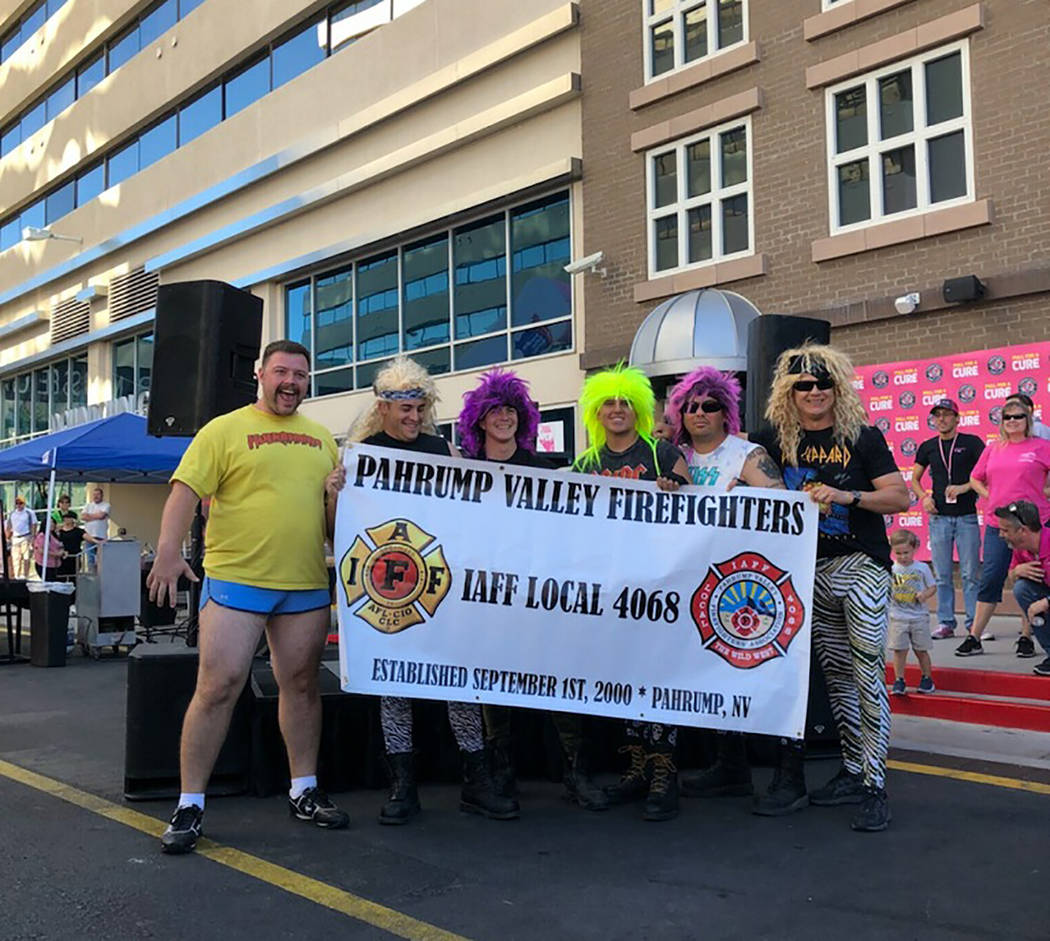 Special to the Pahrump Valley Times Decked out in colorful 1980's attire, members from Pahrump Valley Fire and Rescue Services strike a pose during the first ever "Ambulance Pull" competition in Las Vegas. The event was a fundraiser for the American Cancer Society. 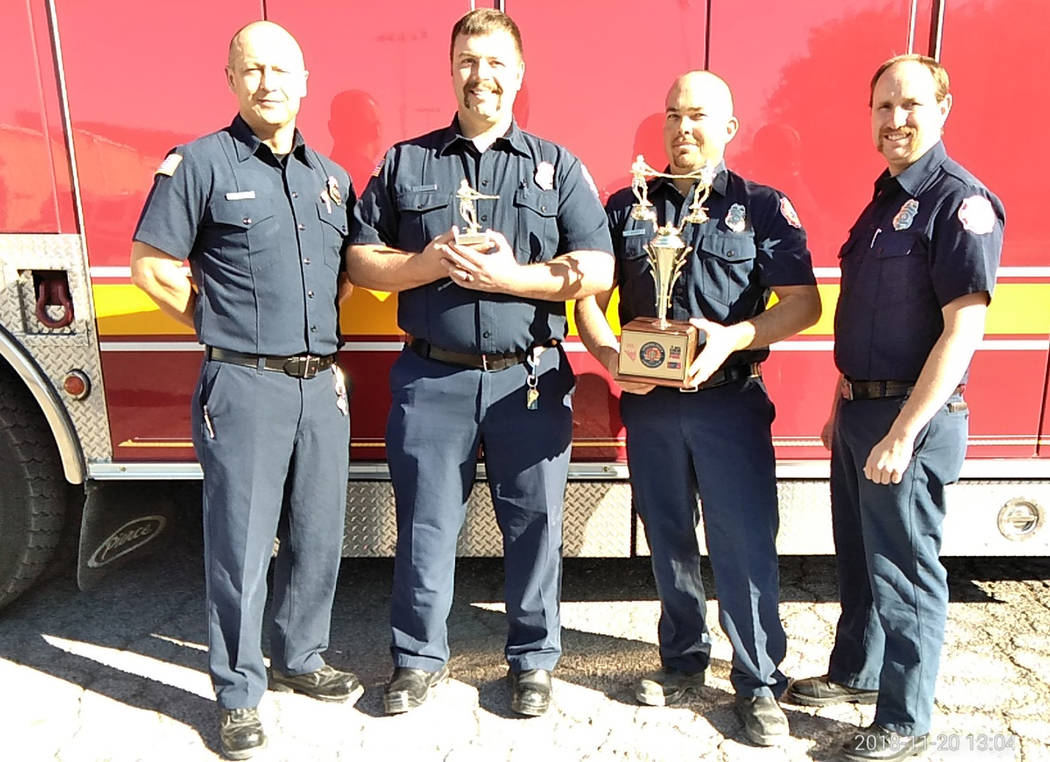 The event dubbed “Pull for a Cure” was an inaugural fundraiser for the American Cancer Society, as part of the organization’s “Real Men Wear Pink,” campaign, allowing men to take a leadership role in fighting breast cancer.

The event last month was organized by officials from Community Ambulance in Las Vegas.

Caitlin Medina, director of public relations and marketing for Community Ambulance, said the competition is a test of wills and especially physical strength, all the while wearing flamboyant 1980s-style attire.

During the competition, teams, with nicknames, were tasked with actually pulling a fully loaded 5-ton ambulance, the furthest in timed heats, for bragging rights and a shiny new trophy.

The Pahrump team called themselves the “Hooligans.”

The event was held in downtown Las Vegas on Fremont Street.

“Each team had eight members and one gentleman on the Pahrump team pulled an ambulance all by himself,” Medina explained. “They got a team together for the ambulance pulling competition. They won the trophy for the ambulance pulling portion and they also won the best-dressed award competition. We had Las Vegas Fire Department personnel, we had Las Vegas Metro officers and employees from various hotels in Las Vegas that the Pahrump team was competing against. They all dressed up in this awesome 80’s attire.”

After all was said and done, Medina said she was shocked at how much money was raised for the American Cancer Society during the first-time event.

“Our team, Community Ambulance, alone, did very well, but the ‘Real Men Wear Pink’ campaign raised close to a couple hundred thousand dollars,” she said. “Since this was the first year of the competition, we had three agencies and a couple of public entities such as hotels.”

Additionally, Medina noted that the same highly-sought-after trophy will be bestowed upon the winning agency or entity each year.

“We are doing it similar to how the Stanley Cup works,” she said. “It’s going to be an annual event and every year they will have to come back and defend their title. We are just so excited to be able to bring this out to the Pahrump Fire Department. We really appreciate their efforts and being willing to come out and participate. They did an awesome job and earned first place. This all serves as a fundraiser for the American Cancer Society for breast cancer research and awareness.”

“They did an excellent job,” Lewis said. “Our crews organized a team, went over to Las Vegas and basically kicked butt and brought home the trophy. The guys did a great job and the trophy is now proudly displayed in our lunchroom.”