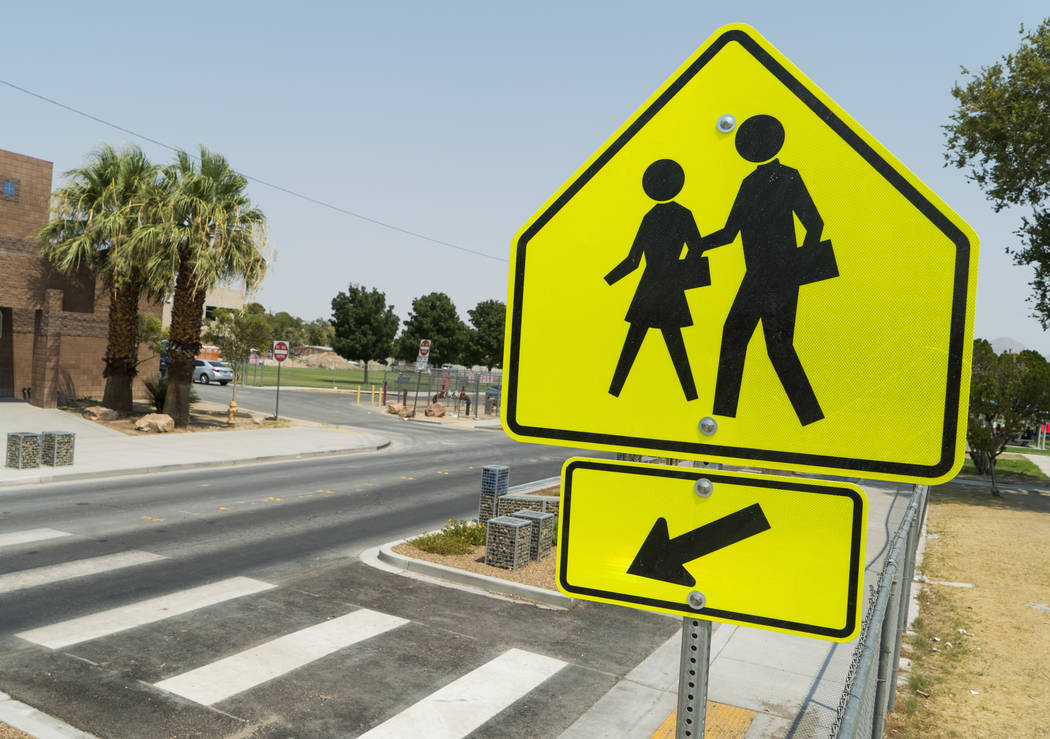 Marcus Villagran/Las Vegas Review-Journal Deputy Ann Horak of the Nye County Sheriff's office noted that with the start of the new school year, drivers should be mindful of students gathered at school bus stops. 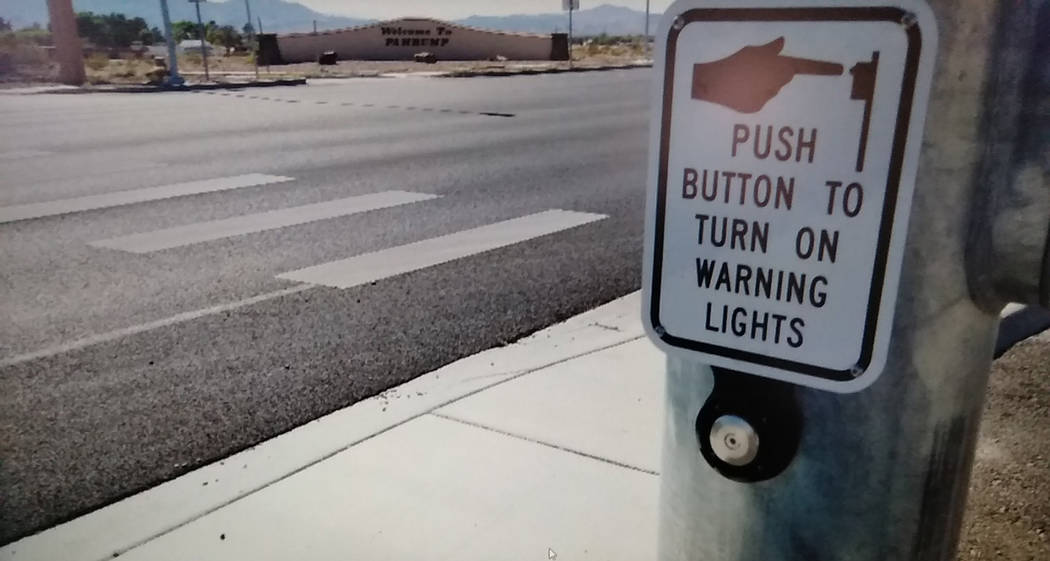 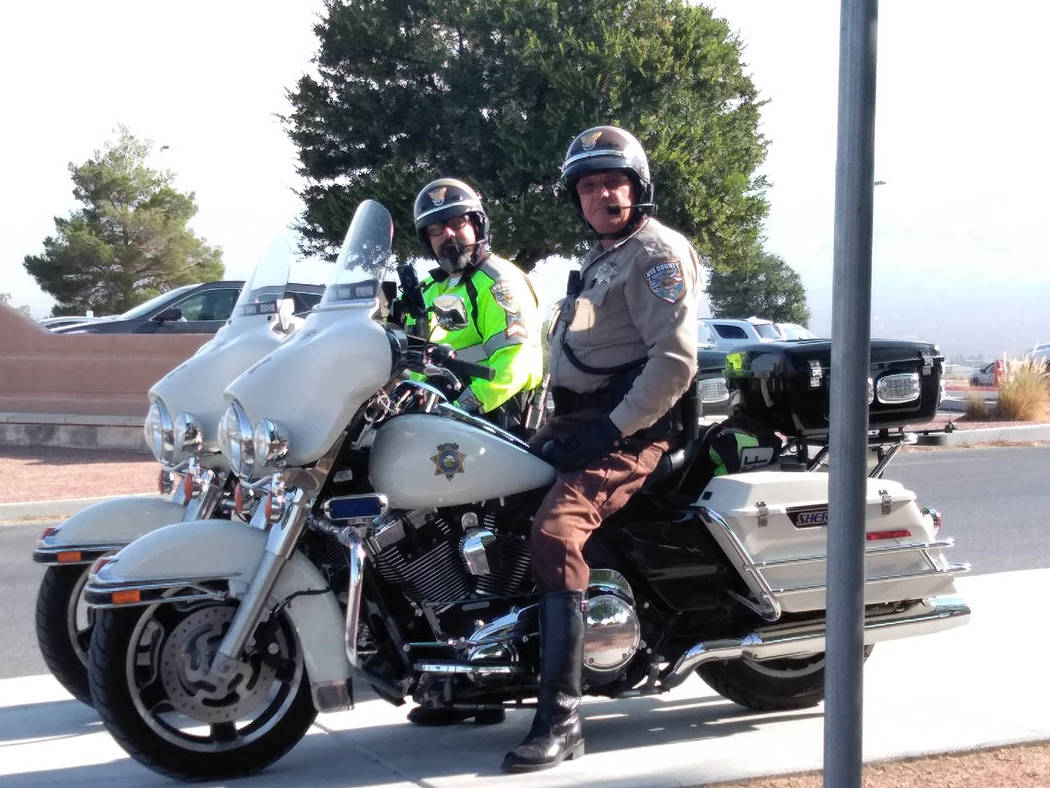 Selwyn Harris/Pahrump Valley Times Local sheriff’s patrol deputies have joined forces with law enforcement agencies statewide, this month to issue citations to both drivers and pedestrians who are breaking the law. With the start of the new school year, drivers should be mindful of students gathered at school bus stops, sheriff's office officials said. 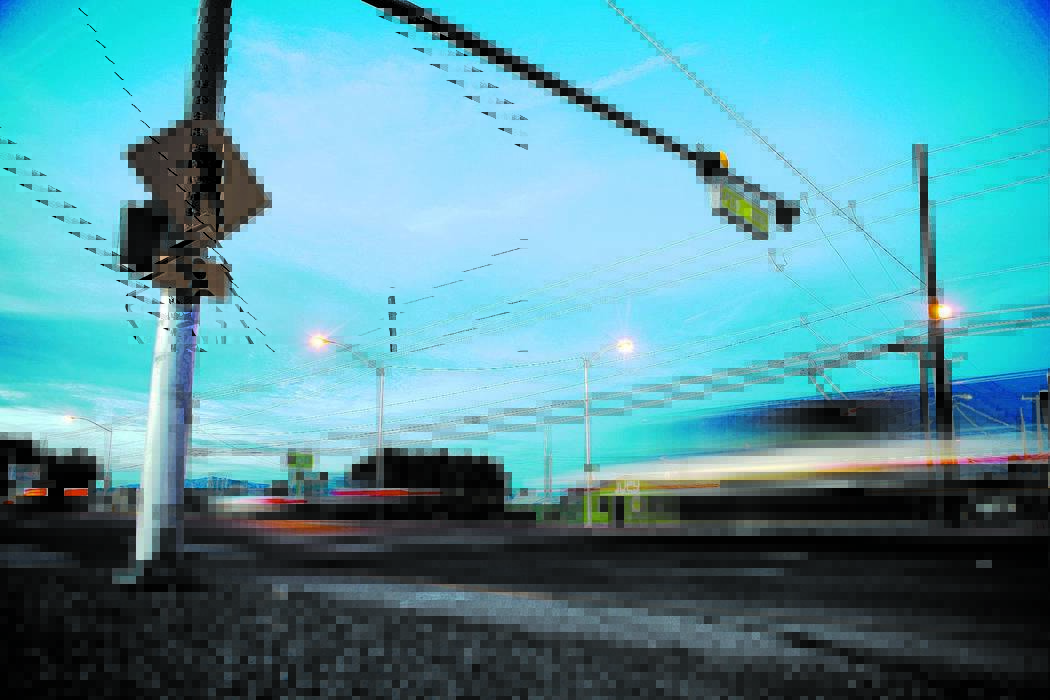 Patrick Connolly/Las Vegas Review-Journal Pedestrian safety is the responsibility of both the pedestrian and the driver, the Nye County Sheriff’s Office is reminding area residents.

The Nye County Sheriff’s Office is reminding area residents that pedestrian safety is the responsibility of both the pedestrian and the driver.

As such, local sheriff’s patrol deputies have joined forces with law enforcement agencies statewide this month to issue citations to both drivers and pedestrians who are breaking the law.

As stated in a sheriff’s office video news release, statistics show that Nevada ranks among the 10 worst states for pedestrian fatalities.

“Between 2013 and 2017, 393 pedestrians lost their lives and 789 were seriously injured in pedestrian crashes on Nevada roads, said Public Information Officer Ann Horak, a deputy sheriff.

“Nevada law requires pedestrians to use sidewalks, crosswalks, pedestrian bridges and obey all traffic signs and signals,” Horak said. “If there is no sidewalk, pedestrians must walk on the left side of the street, facing traffic, and drivers must yield to pedestrians and avoid passing vehicles that are already stopped for pedestrians.”

Additionally, Horak noted that with the start of the new school year, drivers should be mindful of students gathered at school bus stops.

“The Nye County Sheriff’s Office would like to remind residents of traffic safety concerns regarding school bus safety,” she said. “Slow down and watch for children walking in the street, especially in the areas without sidewalks.”

Horak also advised area drivers to be alert, and watch for children playing or congregating near school bus stops.

“Children arriving late for the bus may dart into the street without looking for traffic,” she advised. “Red flashing lights and extended stop arms on school buses indicate that a school bus has stopped and children are getting on and off the bus. Do not ever attempt to pass a bus when the flashing signal red lights are activated.”