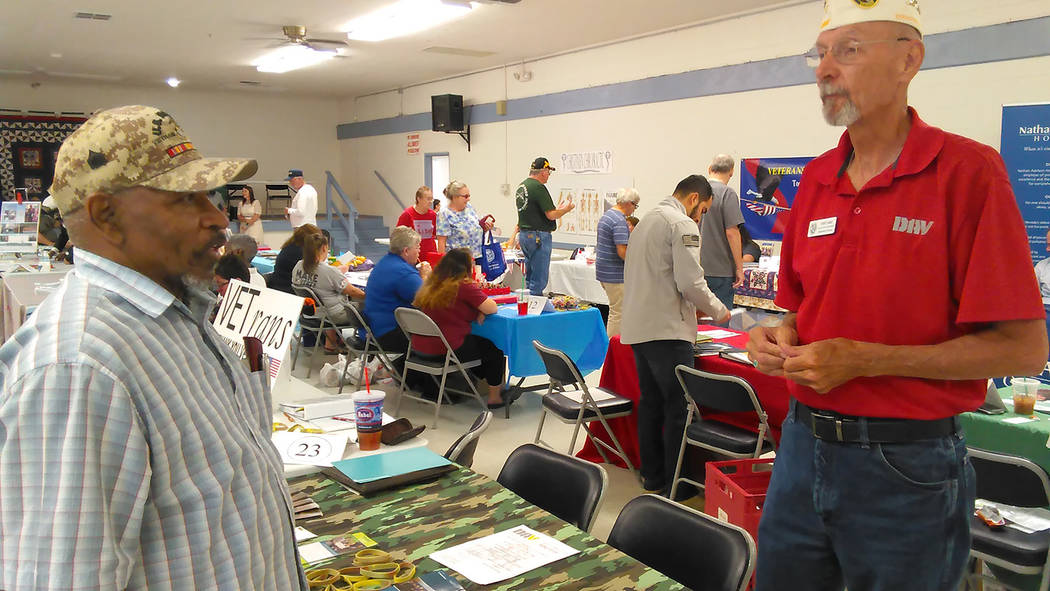 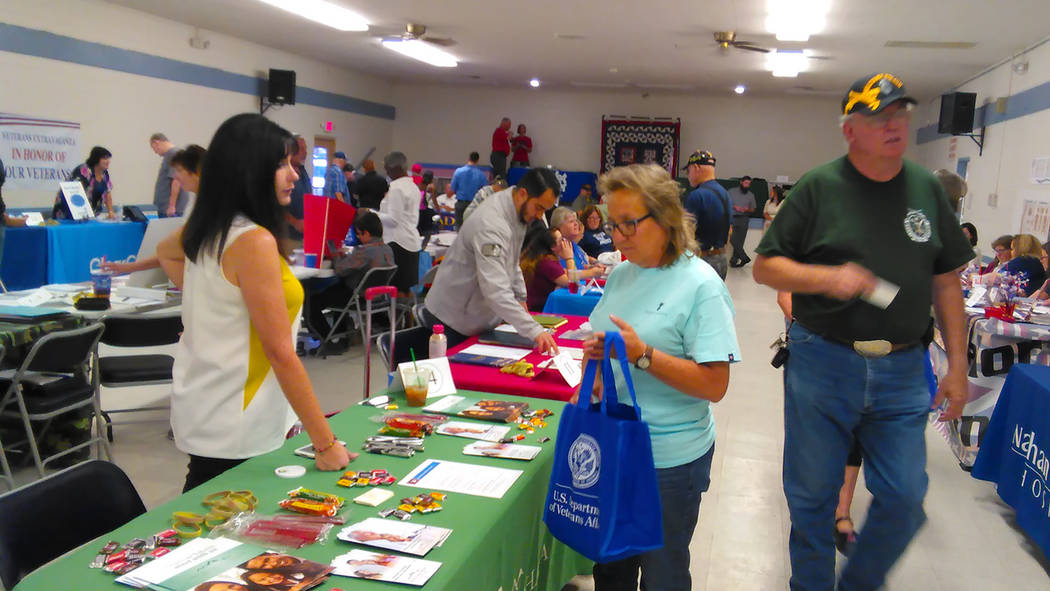 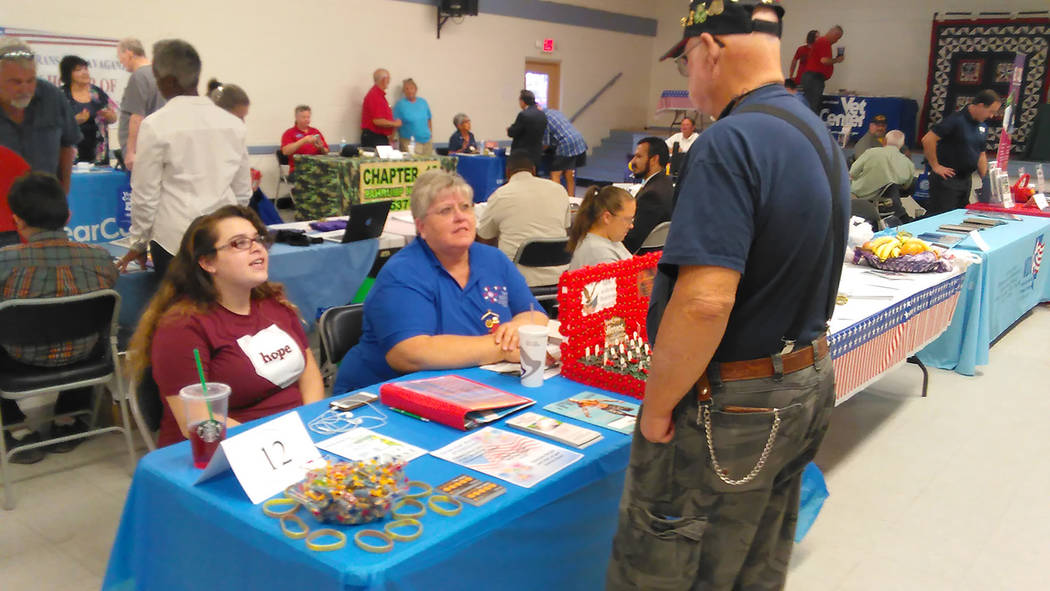 It was a first-time event for area veterans, courtesy of Assemblyman James Oscarson.

The inaugural Veterans Extravaganza at the Bob Ruud Community Center on June 2 in Pahrump attracted scores of local veterans from 1 to 5 p.m.

The event was billed as an “information outlet,” for veterans and their families.

Pahrump resident Bill Dolan said he and a fellow veteran were tasked to help organize the event.

“Myself and Dr. Tom Waters were asked by Assemblyman Oscarson to put a group of veterans together to advise him on veteran-related issues,” Dolan said. “From that, was born the Veterans Extravaganza. There were numerous agencies and organizations on hand to provide information to veterans and their families.”

“I feel that it was a great event and well-attended,” he said. “The veterans and their families who attended, were all very pleased with it, as well as the agencies and organizations who came together to provide information on what their organization or their company could do for our local veterans. There were upward of 30 different agencies who agreed to attend.”

Dolan also said that though he’s not sure of the exact count of veterans who turned out for the event, he did say the number exceeded his expectations.

“I don’t know the final number, but probably we had over 125 veterans who attended the event,” he said. “We have a very large veteran population here in Nye County. There were a tremendous amount of people who pitched in and helped to organize this event. Myself and Dr. Tom Waters, were obviously there as well as Cles Saunders, who did a fantastic job and a lot of legwork to make it happen.”

“I do have to point out that the ladies and gentlemen of the DAV, took it upon themselves to do all of the food and the check-in of the veterans,” he said. “I know there are people that I am forgetting, but there was just so many people. Reggie Knight, Catherine Longhouser (both local veterans) and our former Nye County Commissioner, Frank Carbone, was there all day. Frank did a tremendous amount of work as well.”

Judging from the turnout, Dolan said that it’s quite possible the event may return again in the future.

“I can’t say with 100 percent confidence that it will happen again, but we are going to do what we call an ‘after-action’ report, where the committee gets together to discuss the pros and the cons of the event and how we could make the event even better,” he said.

“Without saying 100 percent, I am 95 percent sure that we will do it at least annually,” Dolan said. “This was truly a team effort with all branches of service. We had the Army, Air Force, Navy, Coast Guard and Marine Corps veterans on the committee. We all worked well together and it was just a pleasure to be a part of this.”