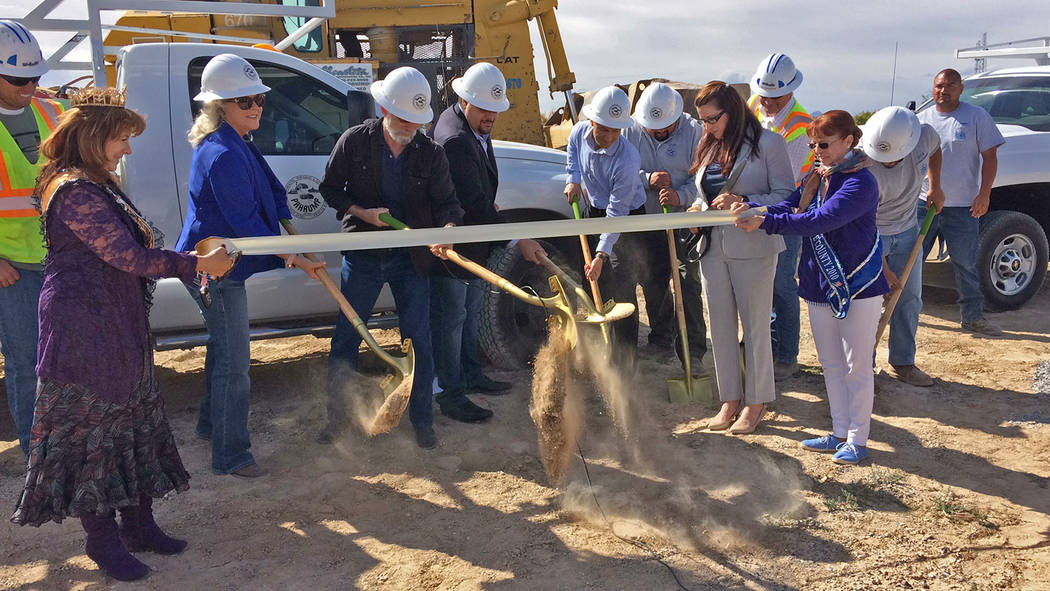 Robin Hebrock/Pahrump Valley Times The ceremonial turning of the dirt at the Kellogg Park groundbreaking event. 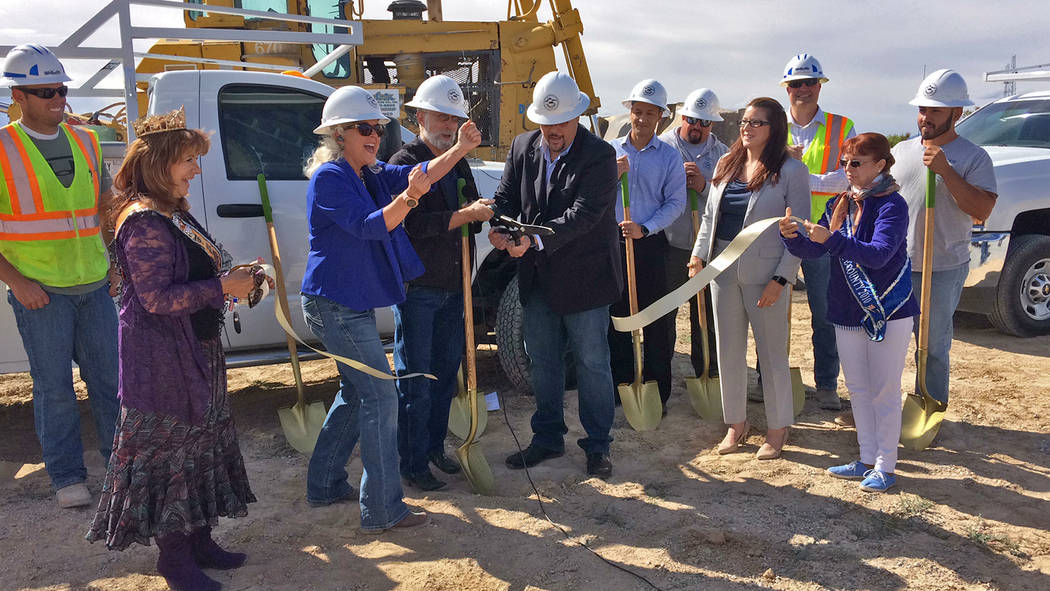 Robin Hebrock/Pahrump Valley Times Nye County Commissioners Debra Strickland, John Koenig and Leo Blundo had the honor of cutting the ribbon at the groundbreaking ceremony for Kellogg Park's phase one development. Many others joined in the May 22 ceremony as well. 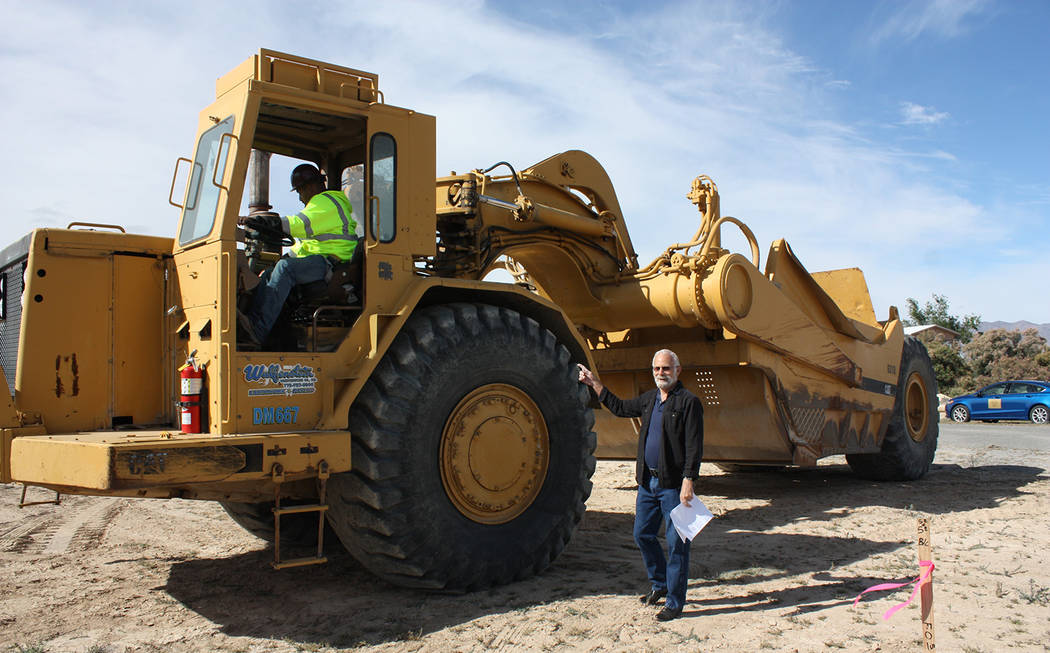 Robin Hebrock/Pahrump Valley Times Nye County Commissioner John Koenig stands next to one of the massive tractors that were moved into place for the Kellogg Park groundbreaking ceremony. 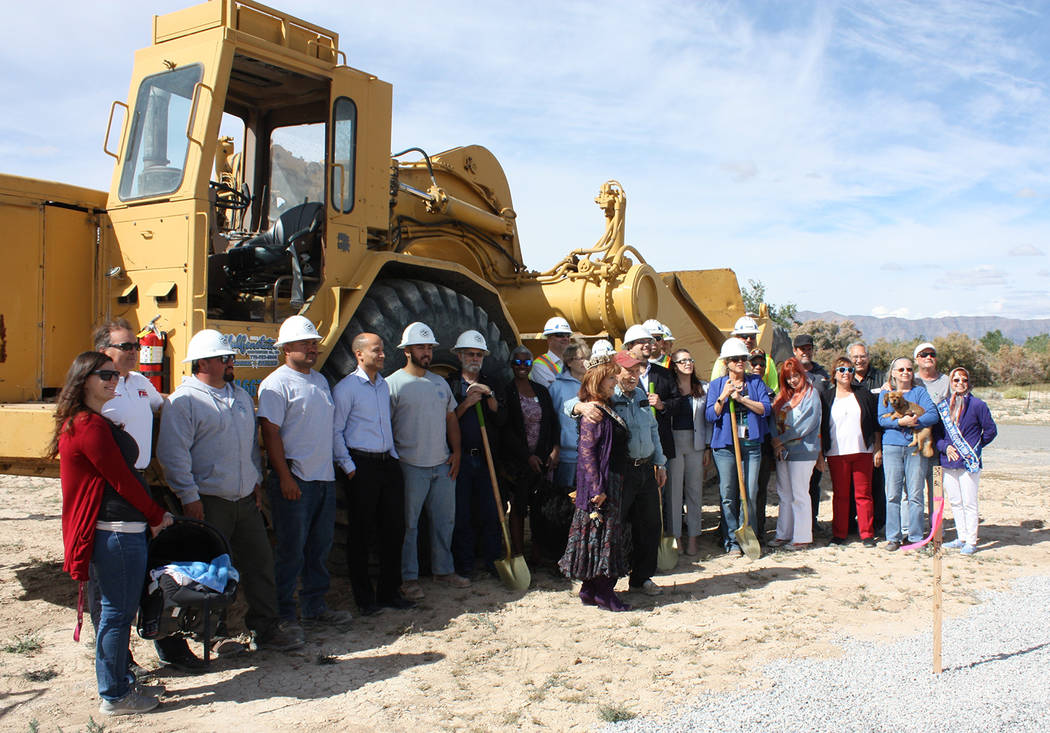 Robin Hebrock/Pahrump Valley Times A large crowd of town and county officials, chamber of commerce representatives, Wulfenstein Construction crew members and Pahrump Valley residents gathered for the ceremony marking the start of construction on phase one of Kellogg Park. 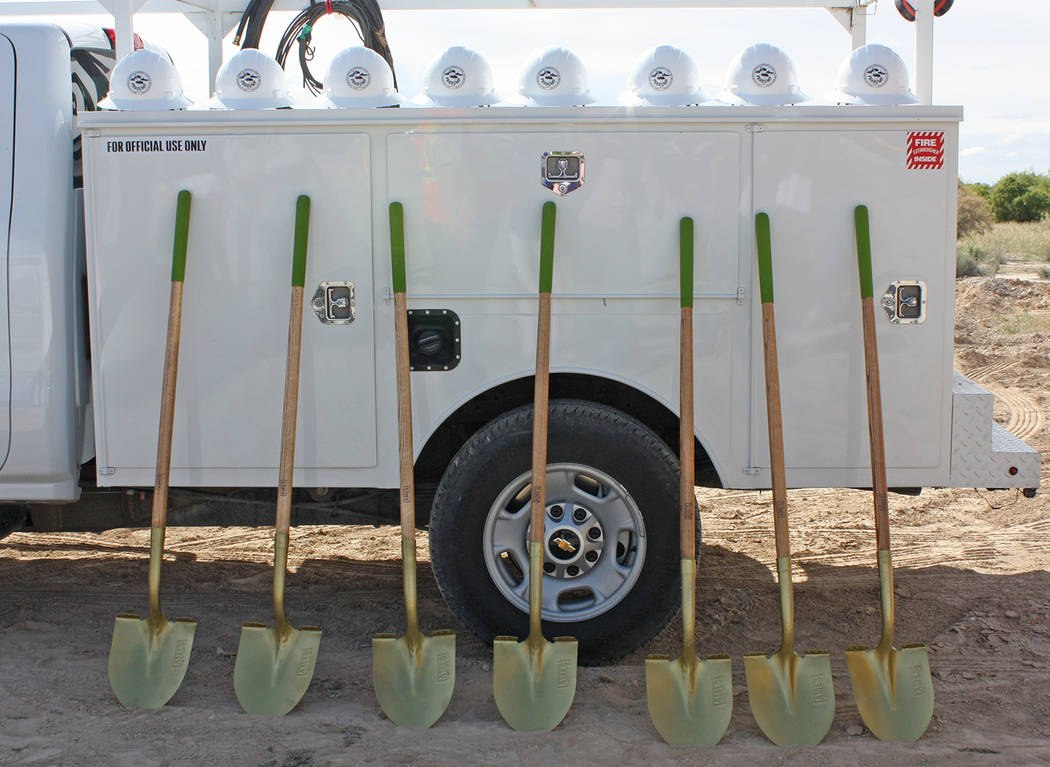 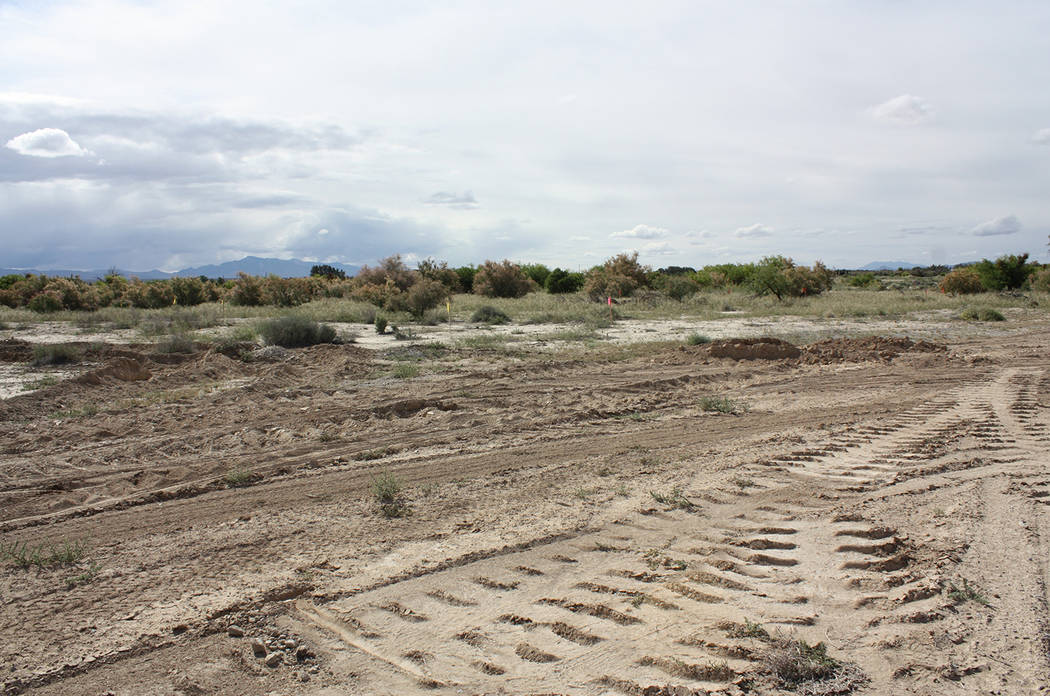 Robin Hebrock/Pahrump Valley Times The vast 18 acres of land that currently sits vacant will soon be home to phase one of Kellogg Park, located on the south side of Pahrump near Kellogg Road and Squaw Valley Road.

Years of anticipation and waiting have finally come to an end with the town of Pahrump at last breaking ground on Kellogg Park on the south side of the valley.

Enthusiasm was running high as ceremony attendees settled in for the event, with smiles of delight and expressions of excitement filling the air. Just before the start of the ceremony, an obviously thrilled Strickland remarked, “A lot of people don’t realize it, but this is the first time the town has broken ground on a new park since 1998 at Simkins Park! It’s great because the community can see that things are happening.”

Once all of the officials were rounded up and prepared for the ceremonial turning of the first shovelfuls of earth, Koenig took a few moments to provide details on the project.

“We are here this morning to take the first steps toward dedicating Kellogg Park. We’re finally getting a park down south. People have been waiting for years and years and nothing has been done in the past. Today we are going to turn the first shovels of dirt and then the big machines will move in,” Koenig stated.

Two 40-acre parcels bordered by Squaw Valley Road and Bridger Street, which are owned by the town of Pahrump, have been earmarked for Kellogg Park. The first phase of development encompasses about 18 acres and will eventually include a variety of elements, such as a walking path, multiple dog parks for different sizes of canines, a large grassy area, restrooms, parking and more.

The first contract for the park’s development is for grubbing, grading and clearing. That contract was awarded in April to Wulfenstein Construction Company in the amount of $549,000.

“Most of the money is coming from parks impact fees and the remainder is coming from parks room tax funds. This is going to be an ongoing project, it’s going to take a few years because there is obviously not enough money to do it overnight. But it’s a start and we intend to keep it going until it’s completed,” Koenig said.

He, Strickland, Blundo and other town and county officials then gripped their shovels in their hands, scooped up some dirt and flipped it back on the ground, to a loud round of applause. The ribbon cutting followed and attendees then broke off into groups for photos to commemorate the occasion.

Bryan Wulfenstein of Wulfenstein Construction said construction crews will officially begin work on the site on Tuesday, May 28. The contract for the grubbing, grading and clearing project outlines a 60-calendar-day time period for completion.