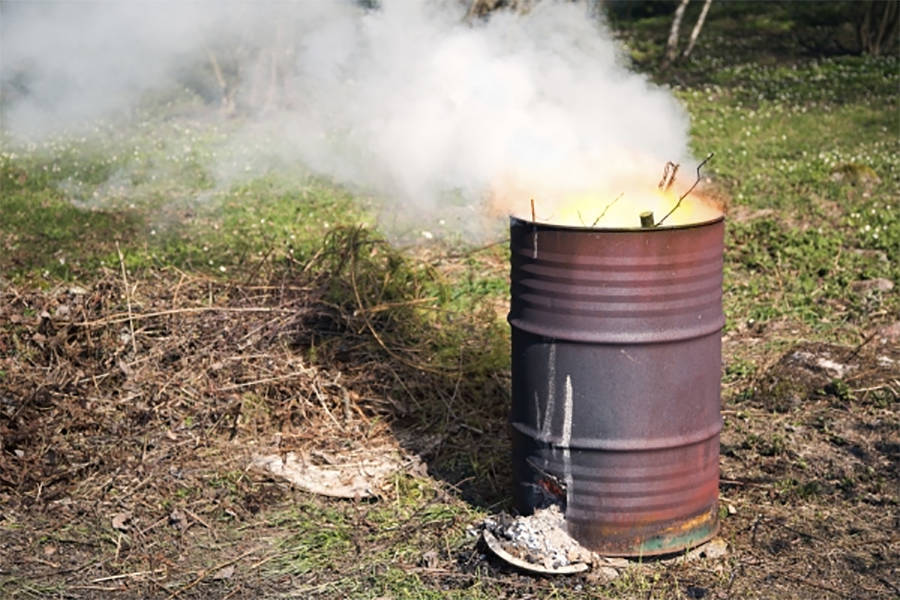 Special to the Pahrump Valley Times The Pahrump burn moratorium is now in effect and residents are no longer permitted to dispose of their yard debris and weeds by burning them.

The cool, spring-like weather in Pahrump may have lasted longer than usual this year but rising temperatures are swiftly making their way to the area and with the increase in temperature comes a ban on open burning in the valley.

The Pahrump Valley Fire and Rescue Service recently announced the local burn moratorium was looming, with Sunday, June 2 the last day in which residents were allowed to dispose of their yard debris and weeds via controlled burning.

The burn moratorium in Pahrump typically goes into effect once temperatures begin to reach 90 degrees or higher on a consistent basis, something that normally occurs in May.

Below average temperatures may have extended the 2018-2019 burn season but that is now at an end and fire department officials are reminding the community that they will have to wait until the moratorium is lifted to begin using controlled burns once again. Once temperatures begin to drop below 90 degrees, generally around late October, the burn moratorium will be lifted.

“Burning of yard waste is prohibited while the moratorium is in place,” Pahrump Valley Fire and Rescue Executive Assistant Jennifer Fanning, who helps operate the department’s burn desk, has stated of the yearly restrictions.

While setting piles of waste vegetation alight and the use of burn barrels is restricted during the scorching summer months, when the danger of fire spreading out of control is much higher, residents are still permitted to use outdoor fire rings and pits for their own recreational pleasure, such as roasting marshmallows and other campfire-side activities.

Fanning explained that the use of outdoor fire pits is allowed so long as clean wood is being burned and the fire remains contained within the pit.

Absolutely no yard waste can be burned in the fire pit and misdemeanor penalties, including a fine up to $1,000, are attached for those who decide to flout that restriction or any other portion of the Pahrump burn ordinance.

Anyone who observes a resident illegally burning while the burn moratorium is in place can call 911 to make a report and Pahrump Valley Fire and Rescue will conduct a smoke investigation.