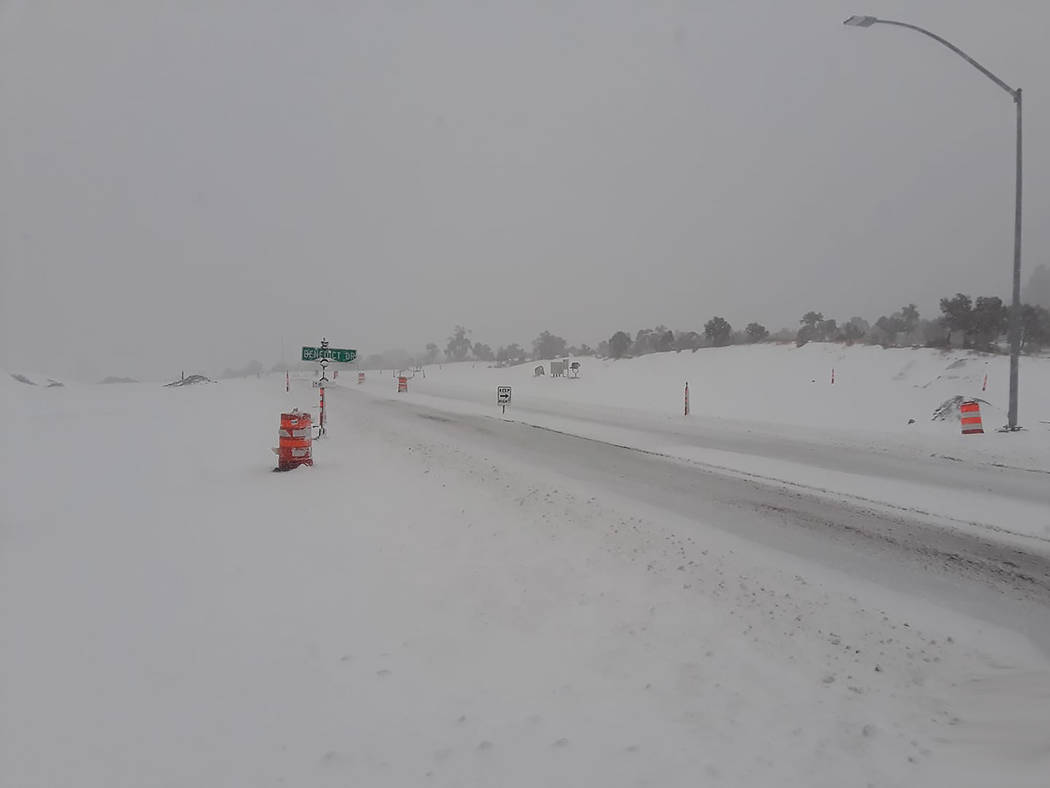 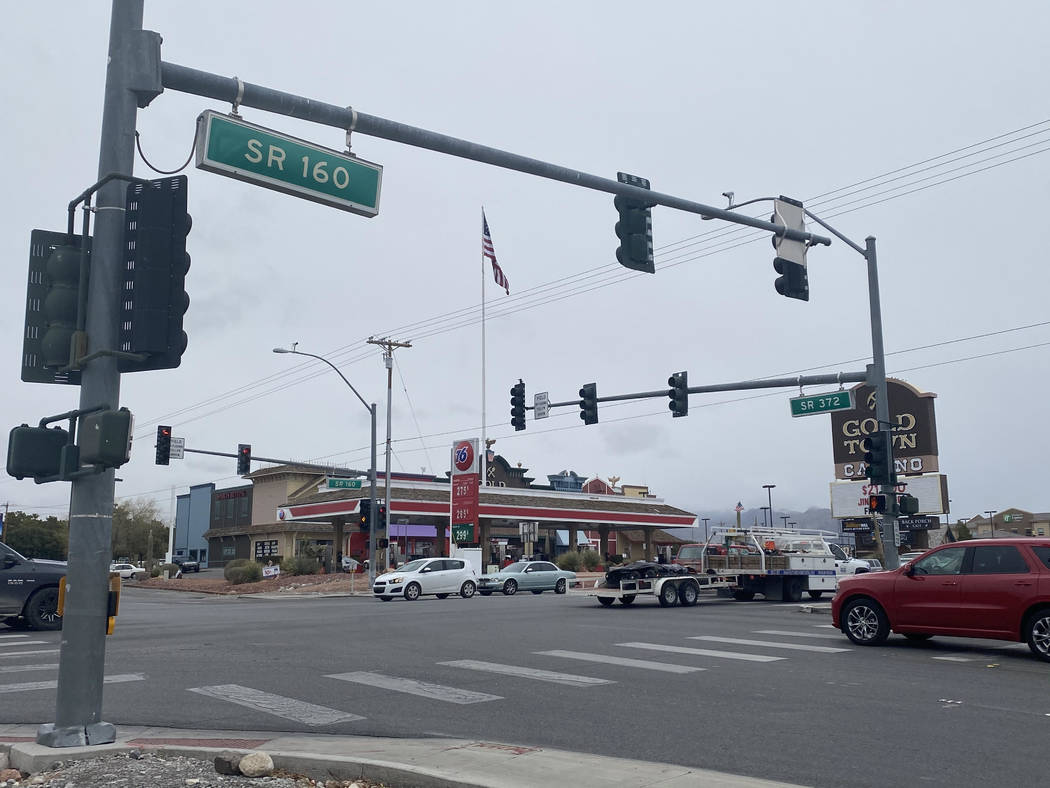 Jeffrey Meehan/Pahrump Valley Times Highway 160 was clear on Thursday in Pahrump, but the higher elevations expected 5-10 inches of snow. A winter weather advisory from the National Weather Service's Las Vegas office was in effect from Thursday through 4 a.m. Friday. 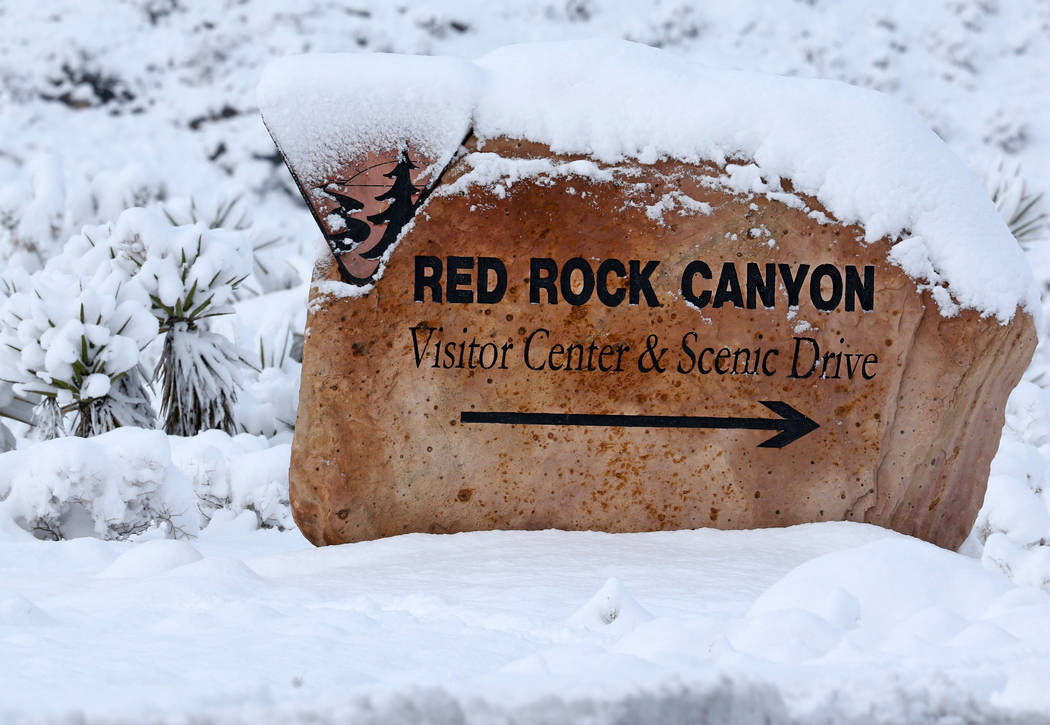 Heidi Fang /Las Vegas Review-Journal The Red Rock Canyon marker at Route 159 is covered in snow outside Las Vegas, Thursday, Feb. 21, 2019. The scenic loop was closed on Thursday due to winter weather conditions. 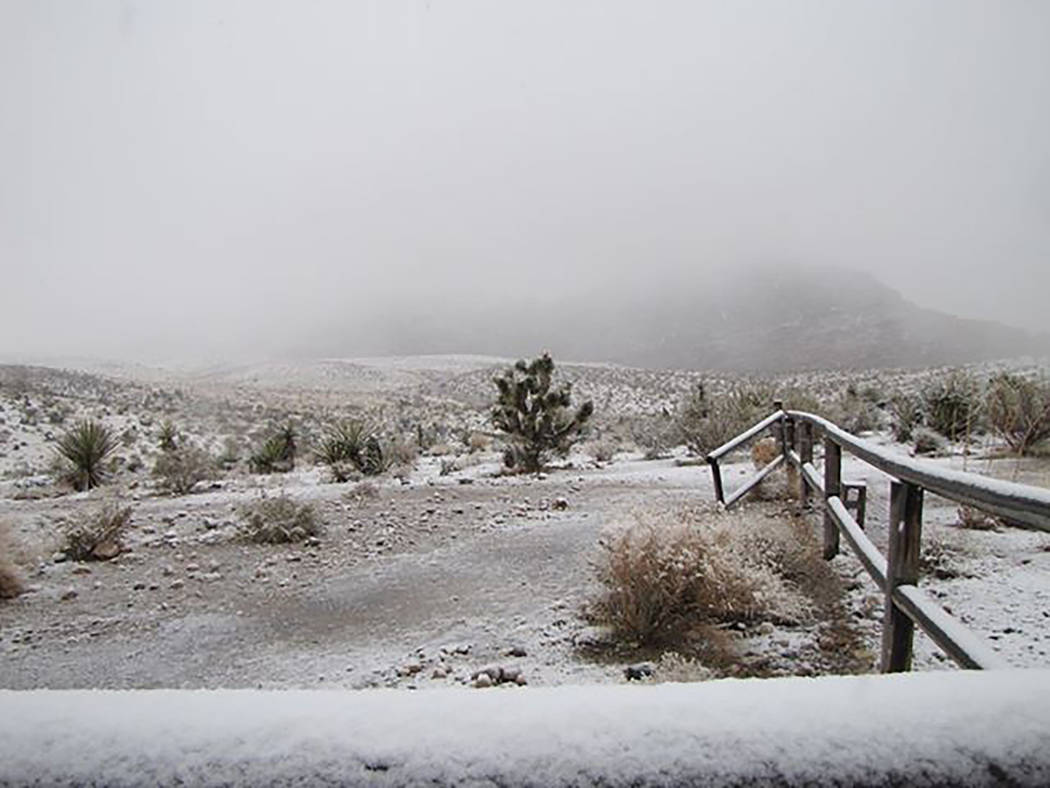 Motorists heading to Las Vegas from Pahrump along Highway 160 ran into a few obstacles on Thursday with winter weather striking in the higher elevations. But the weekend forecast is looking much brighter.

Highway 160 was closed in the mountain pass, which runs through Mountain Springs, due to a snowstorm on Thursday. According to the National Weather Service in Las Vegas on Thursday, an estimated 5-10 inches were set to fall in the higher elevations.

The Nevada Department of Transportation said Highway 160, between Pahrump and Red Rock Canyon Road, was closed in both directions.

About 2.5 inches of snow had fallen by midday on Thursday at Red Rock Canyon, according to a meteorologist at the weather service.

The scenic loop at Red Rock was also closed.

The weather service sent out an advisory on Thursday warning of dangerous road conditions in the mountain pass and for roadways on Mount Charleston. Elevations above 4,000 feet were part of the advisory.

In the Pahrump area, light rain hit parts of the valley with a very small amount of accumulation, according to the weather service. Temperatures went from the low 30s during Pahrump’s morning commute in town, rising to the mid-40s by the afternoon on Thursday with a high of 44 degrees.

The weekend forecast is drier and warmer. According to the weather service, Friday, Saturday and Sunday will have a high of 51 degrees with overnight lows hitting the high 20s to low 30s. A slight chance of snow was forecast by the weather service for Sunday night.

On Monday, the weather service forecasts a slight chance of snow mixed with rain after 9 a.m., though those conditions will dissipate through the day. Monday will be partly sunny with a high near 51 degrees and a low around 32 degrees.

The Nevada Highway Patrol announced Interstate 15 was closed at Primm on Thursday due to snowy conditions. The Cajon Pass in California was also closed along Interstate 15.

According to a Facebook post by Death Valley National Park, tire chains were required along California State Route 190 (Towne Pass section). Some snow was reported on Daylight Pass, which heads to Beatty. The roads were expected to be cleared of snow by Friday.