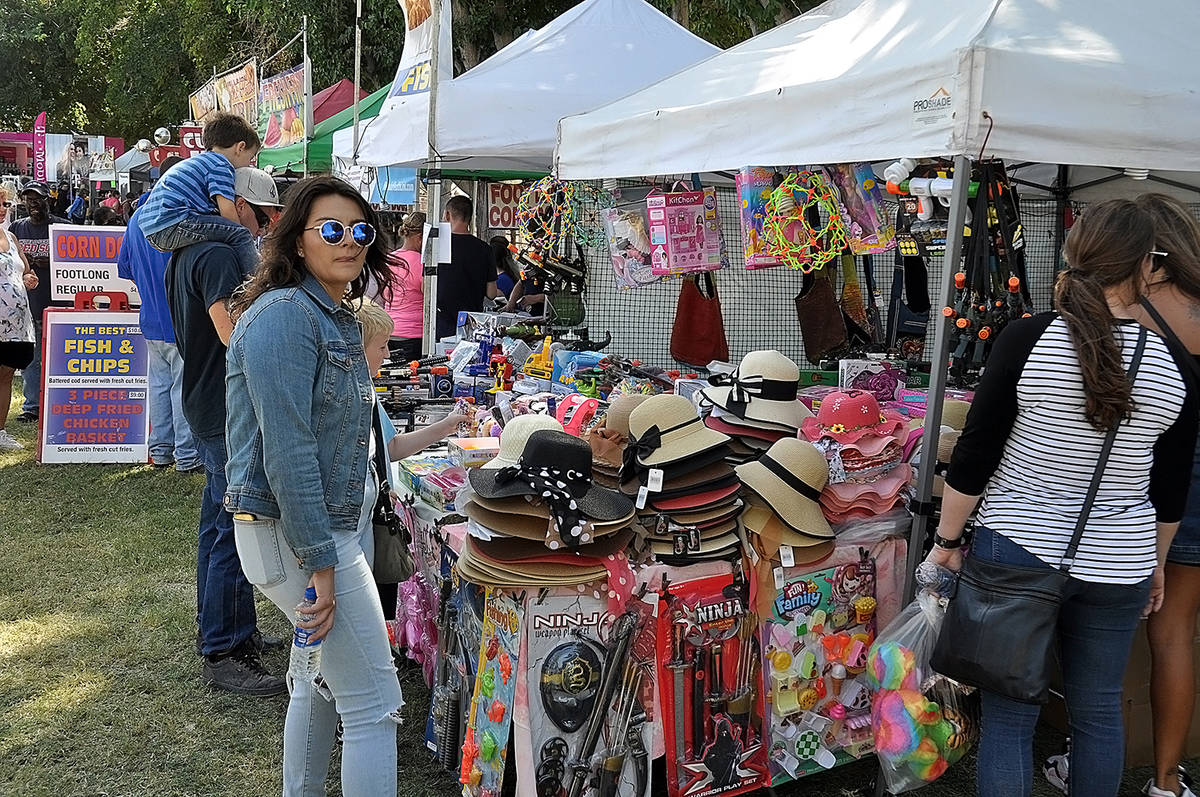 Horace Langford Jr./Pahrump Valley Times This 2019 file photo shows vendor booths at the Fall Festival. The town of Pahrump will operate the event this year, with the fee schedule for the 2020 event recently adopted by the Nye County Commission. 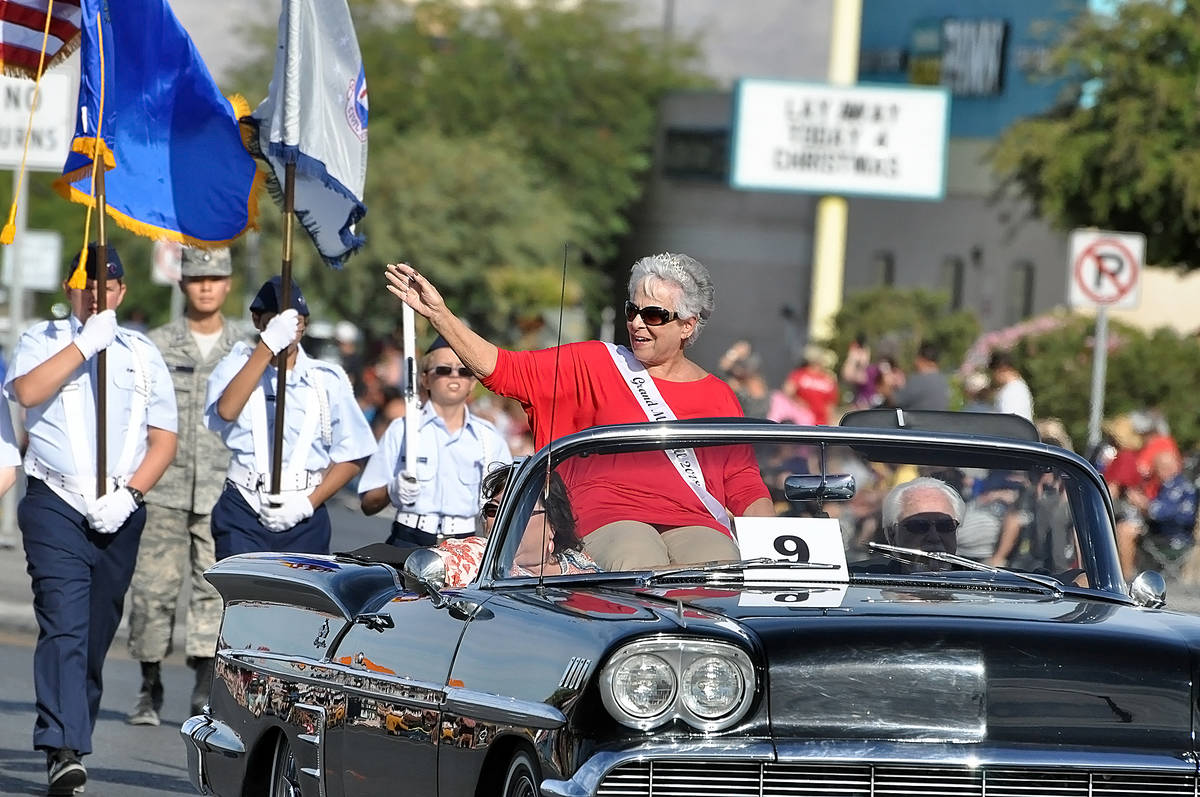 Horace Langford Jr./Pahrump Valley Times The fees for participation in the 2020 Fall Festival Parade have been set at $40 for judged entries and $30 for non-judged entries.

For the past three years, the Pahrump Valley Chamber of Commerce has organized and operated the Pahrump Fall Festival.

This year, the responsibility of putting on the beloved community gathering once again is falling on the town of Pahrump.

As part of the preparation for the 2020 Fall Festival, the Nye County Commission, sitting as the governing body of the town, addressed a resolution at its April 7 meeting to delineate the fee schedule for the event. That item came with some contention among commissioners as they debated whether those fees were too high and whether a Request for Proposal should have been conducted after the Chamber of Commerce’s contract for operating the event expired.

Nye County Commissioner Donna Cox started off the conversation by asking why the county had not gone out to bid to find an organization or entity that would be willing to step up and put on the fall festival.

“It’s quite a burden to the town to have to do this, even if we have staff helping,” Cox stated, adding, “My other thing would be, if we do this, I am not happy with the fact that we want to charge $300 for this event for vendor booths, considering we’ve had a heck of a time even getting people to come to this when it was less.”

Nye County Commissioner Leo Blundo acknowledged Cox’s comments, remarking that he too believed putting out a Request for Proposal would be appropriate, but he was somewhat concerned about the timing.

Nye County Manager Tim Sutton said he too was worried that a Request for Proposal could not be conducted in the time remaining before the festival, as decisions need to be made immediately to solidify the event plans.

Sutton said his suggestion would be to stay the course for now and have the town hold the festival, then re-evaluate after the event and decide if a Request for Proposal is still desired.

In addition, town employees had already been discussing their excitement about holding the festival, with Nye County Commission Chairman John Koenig interjecting, “Town staff was very enthusiastic about doing this, they really wanted to do it.”

Commissioner Debra Strickland also jumped in to point out that last year the cost for vendor booths was higher than $300 and Pahrump Buildings and Grounds Manager Jimmy Martinez added that when the town has run the event in the past, the charge for vendor booths was $250 each so he didn’t believe a $300 fee was outrageous.

“Let’s give our staff and the town of Pahrump an opportunity to shine. This should hopefully be on the backside of the coronavirus and be the first time that we can all get out and celebrate, so please, let’s not get in the way of this event,” Strickland asserted. “I don’t think we have time, in your wildest dreams, to put this out for bid.”

Blundo tended to agree with that, stating, “I think at this point, in this juncture, we’re just trying to put on a fall festival. Given the set of circumstances, I don’t think there is anything wrong with adopting this (fee schedule) at this time.”

He noted that he still wanted to pursue a Request for Proposal in the future, he just didn’t believe there was time to do it this year.

Nothing moved Cox from her position, however, and she maintained her stance that the fees were too high and a Request for Proposal process is the proper way to handle the event.

When the motion to adopt the fee schedule came to a vote, it was approved 4-1, with Cox the sole voice against.

Taking the conversation that morning into consideration, the commission’s following meeting on April 14 included an agenda item regarding the possibility of putting out a Request for Proposal this year but that item was shot down by unanimous vote.

The discussion during that meeting, however, indicated that in all likelihood, the commission will authorize a Request for Proposal for the 2021 Fall Festival. Businesses, organizations and other entities would then have the opportunity to come forward with a plan of their own for operating the festival.

“I can begin the process of preparing the RFP for fiscal year 2022’s fall festival, so we can have that prepared, ready to go and we can start the process,” Nye County Contracts Administrator Danielle McKee explained. “I’ll have to coordinate with the town to figure out at what point would be the best point to put it out to bid so that we have everything lined up.”

The fee schedule for the 2020 Fall Festival is as follows:

■ Arts and crafts entries from children 12 and under – no charge

■ All other arts and crafts entries – $1