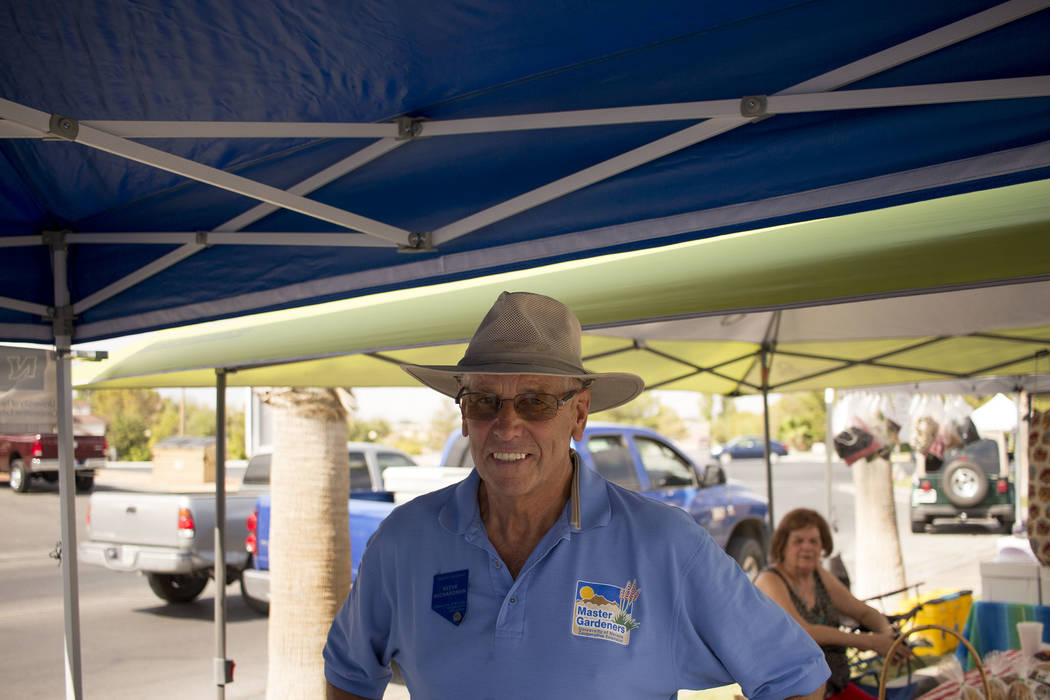 Jeffrey Meehan/Pahrump Valley Times Steve Richardson, who coordinates the farmer's market and Master Gardeners' booth, stands for a photo at the market on July 8, 2017. The farmer's market is hosted by the group every Saturday at Draft Picks at 1101 S. Highway 160 from 7:30 a.m. to 11 a.m. during the summer. 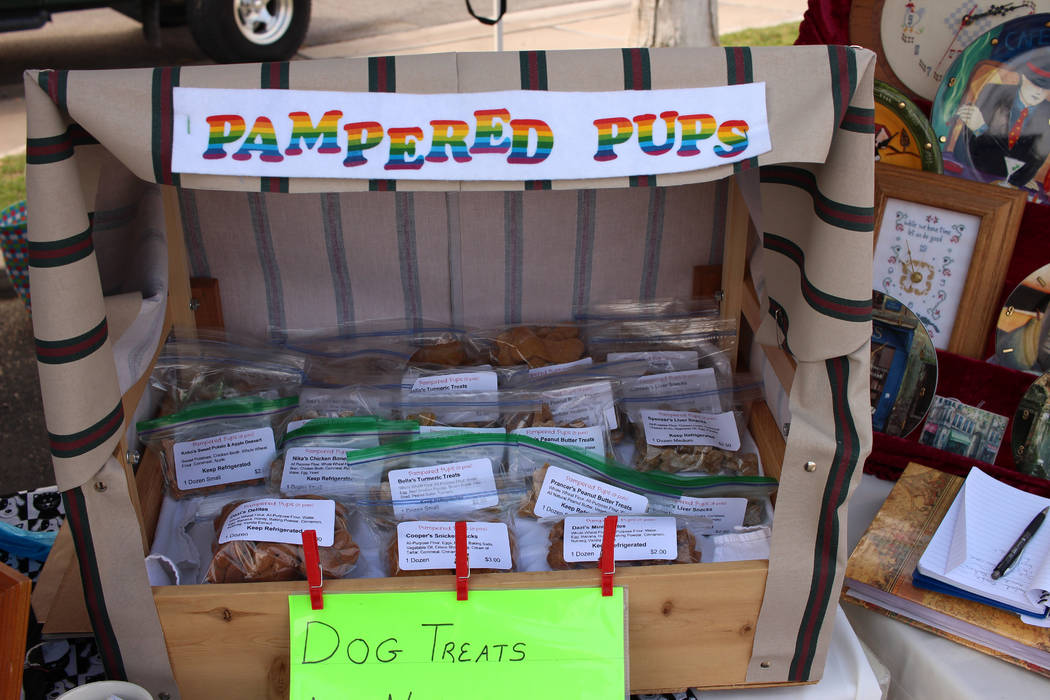 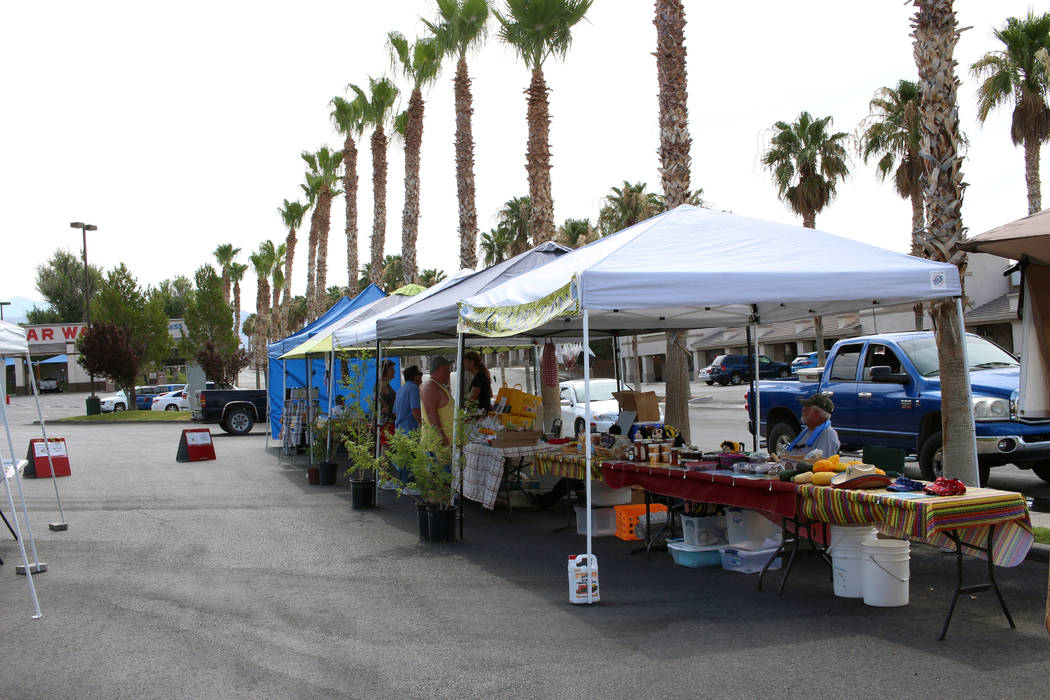 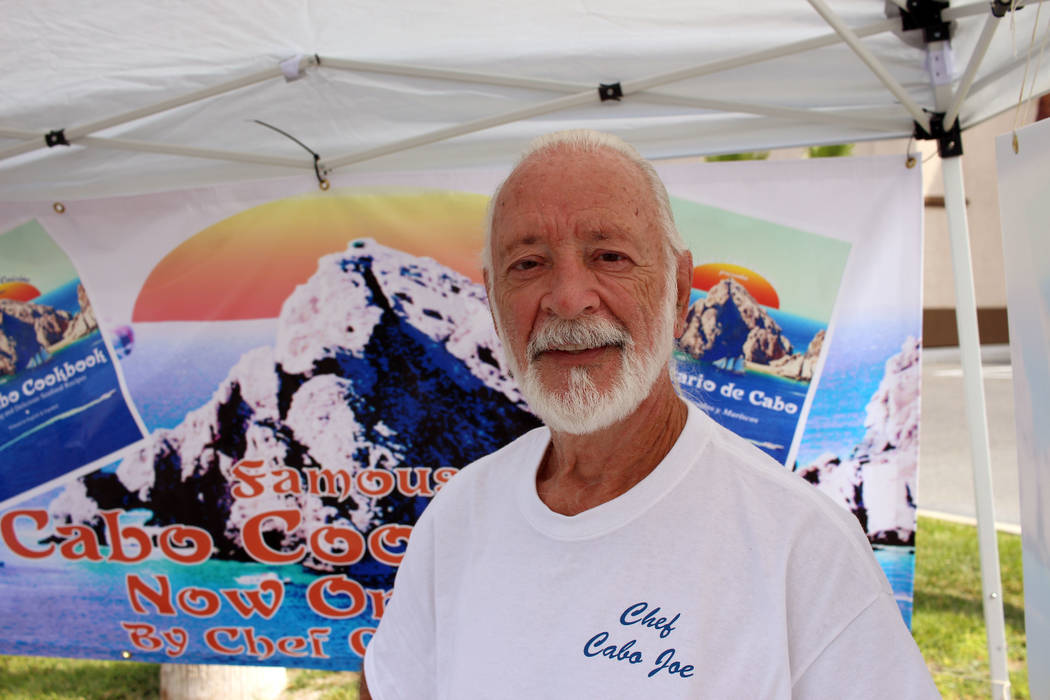 Jeffrey Meehan/Pahrump Valley Times Vendor who calls himself Chef Cabo Joe at the farmer's market in the Draft Picks' parking lot to promote his self-published cookbook on July 8, 2017. 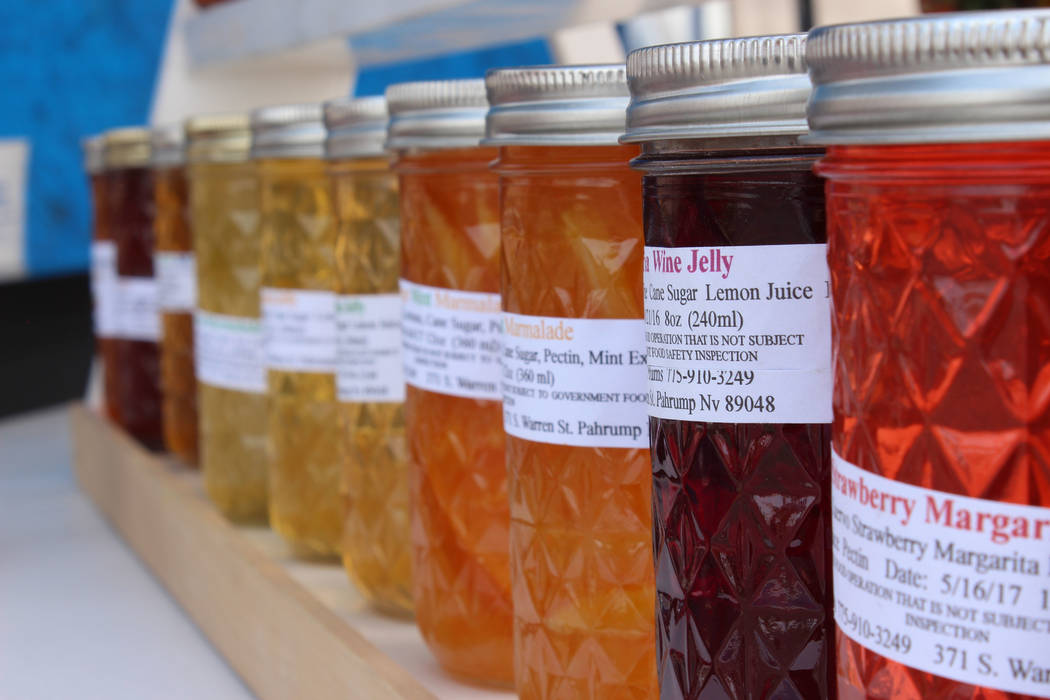 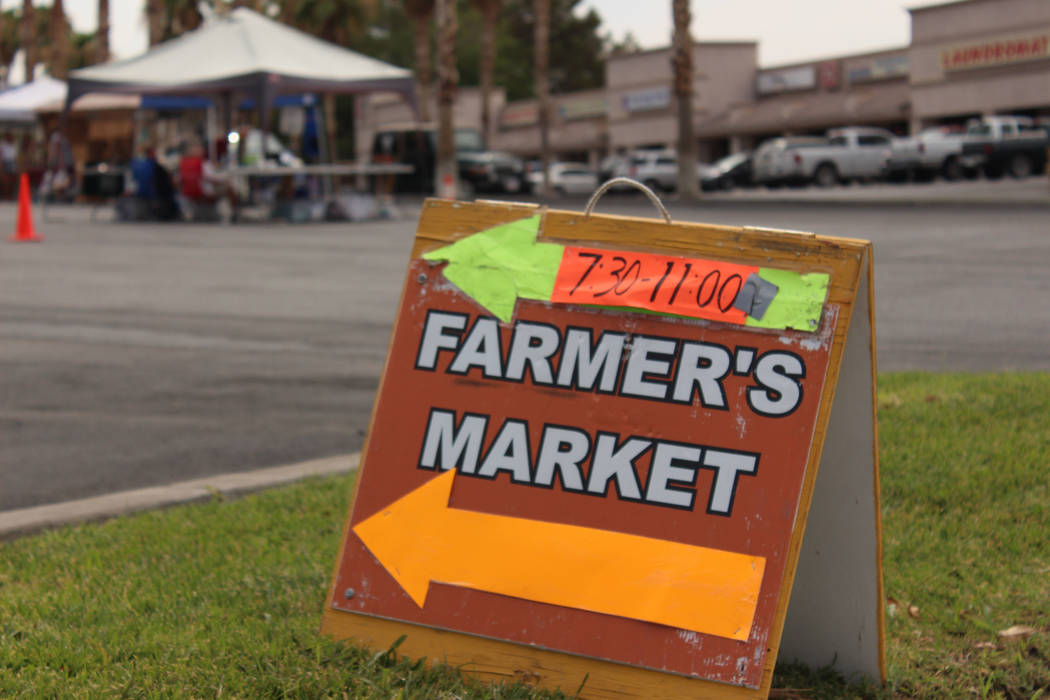 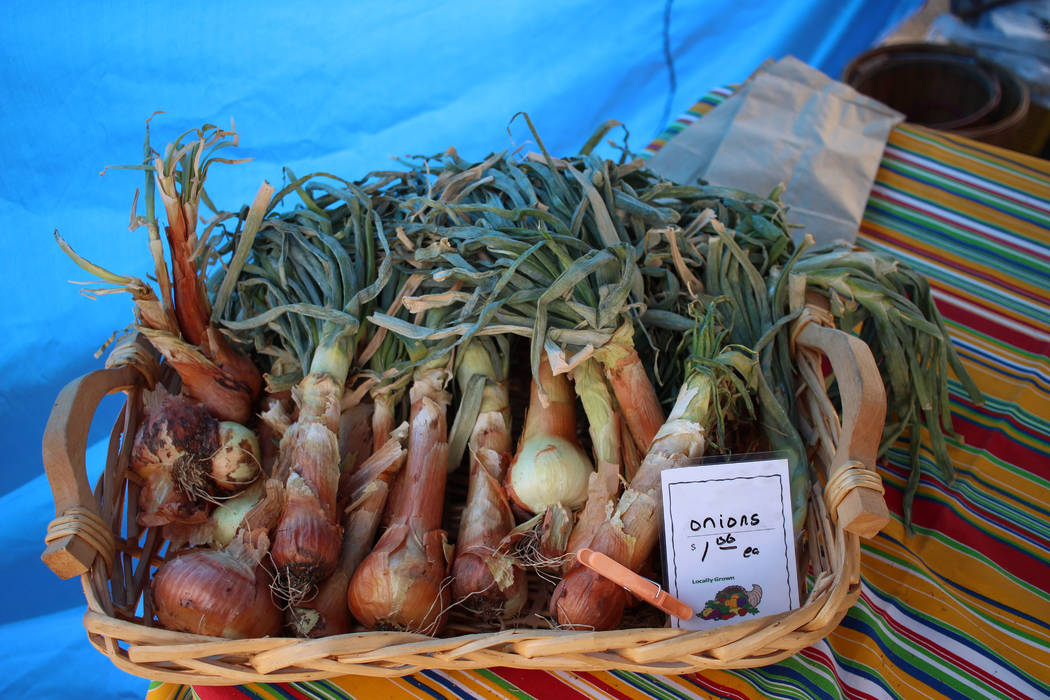 Passing motorists and locals that have heard about the Farmers Market in the Draft Pick’s parking lot every Saturday may imagine booths filled with fresh produce and fruits and vegetables. But there could be a few surprises for those who make it.

Butch Dole, one of a dozen vendors that set up for business at the market on July 8, offers shoppers nearly 30 flavors of jellies, along with extracts, at the once-a-week gathering: amaretto, peppermint, and the Symphony Wine Jelly—flavored by wine from the Pahrump Valley Winery—just to name a few.

“One day she wasn’t here, so I had to go buy a table and a chair and my own booth, and I’ve been doing it ever since,” Dole said.

The market has a lot of nonfood items as well at the market run by the Pahrump Master Gardeners — a group under the umbrella of the University of Nevada’s Master Gardeners program at the local cooperative extension.

“We have a lot of people here looking to be, not employed, but having something extra to do, and this gives them an opportunity to show off their skills, whether it be quilting or sewing or making handmade soaps or making handmade glass,” said Steve Richardson, who coordinates the event and the Master Gardener booth at the market.

One vendor, who called himself Cabo Joe, was selling his self-published cookbook “The Cabo Cookbook” at the event.

Cabo Joe said he’s mostly retired now after spending 44 years in Cabo San Lucas, Mexico, where he owned a restaurant. Joe called this his second printing, as he sold the book to tourists at his restaurant in Cabo San Lucas. The recipe book is packed with 50 seafood recipes.

Resale items are not allowed at the market.

“Everything here has to be homemade, handmade or homegrown,” Richardson said.

Vendors don’t have a big fee to set up. The Master Gardeners only ask for donations to help cover costs.

Business and the number of vendors that come out can be seasonal.

In the fall, more than 20 vendors typically set up at the market, which Richardson said is due to more crafters coming out to sell.

The head count is also higher when the weather cools down.

“We’ve been doing head counts throughout the year; we’ve been running up to 120 to 140 people or so,” Richardson said.

“Days like today are just going to be a little slower,” he said at the July event.

The location at Draft Picks does help with visibility, said Richardson.

“I think it’s been doing better over here because we’re more visible to drive-by traffic,” he said.

The market was previously held at the Home Depot parking lot prior to moving to the Draft Picks location. It has also been held at other locations around town, including the Bob Ruud Community Center.

The local Master Gardeners group sets up an informational booth at the event each week to help guide individuals on their own growing efforts and to support its vegetable garden at the cooperative extension building at 1651 E. Calvada Blvd., Richardson said.

“We’re here to show the public what can be grown and talk to them about how to grow it, and we have information on different kinds of aspects on gardening and landscaping and water usage …,” Richardson said.

The Master Gardeners booth also has information for people interested in selling produce and other homemade food products at the market. This includes helping with information on the cottage food laws in Nevada and certifications to sell agricultural products.

There are 40 Master Gardeners that are active and part of the local organization. Members are required to volunteer 50 hours annually to keep their certification, which can include volunteering at the Farmers Market booth.

For more information on the program, go to the University of Nevada Reno’s Cooperative Extension website and click on Master Gardeners under the programs tab.