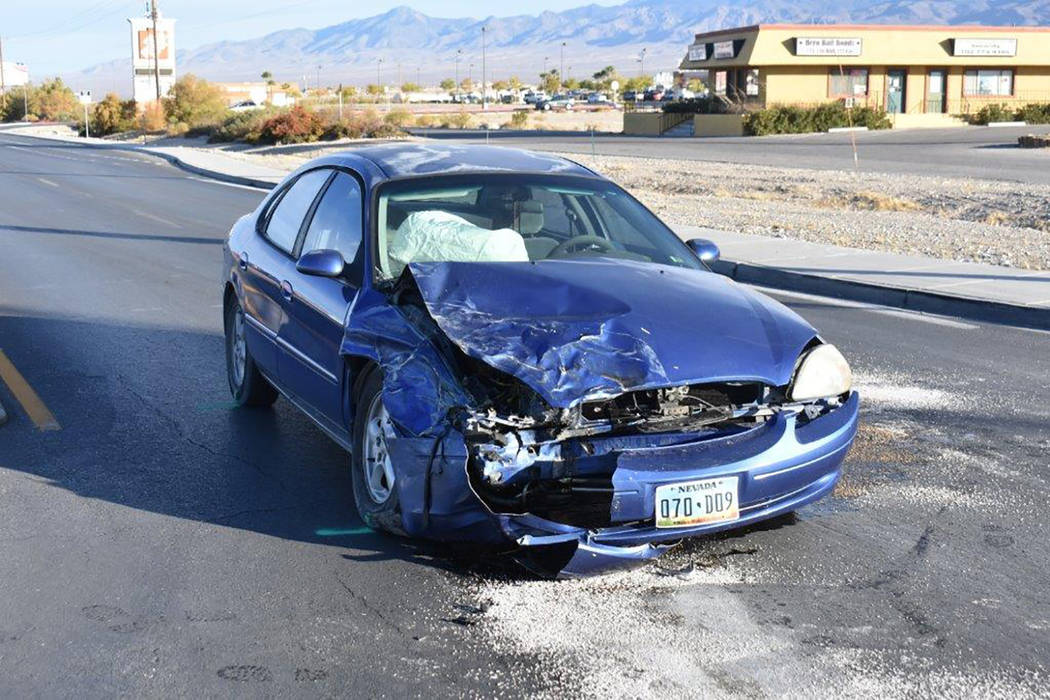 Special to the Pahrump Valley Times Emergency crews had just a few hundred yards to respond to a two-vehicle crash at Basin Avenue and Highway 160 on Wednesday morning Nov. 28. Fire Chief Scott Lewis said one person was transported to Desert View Hospital. 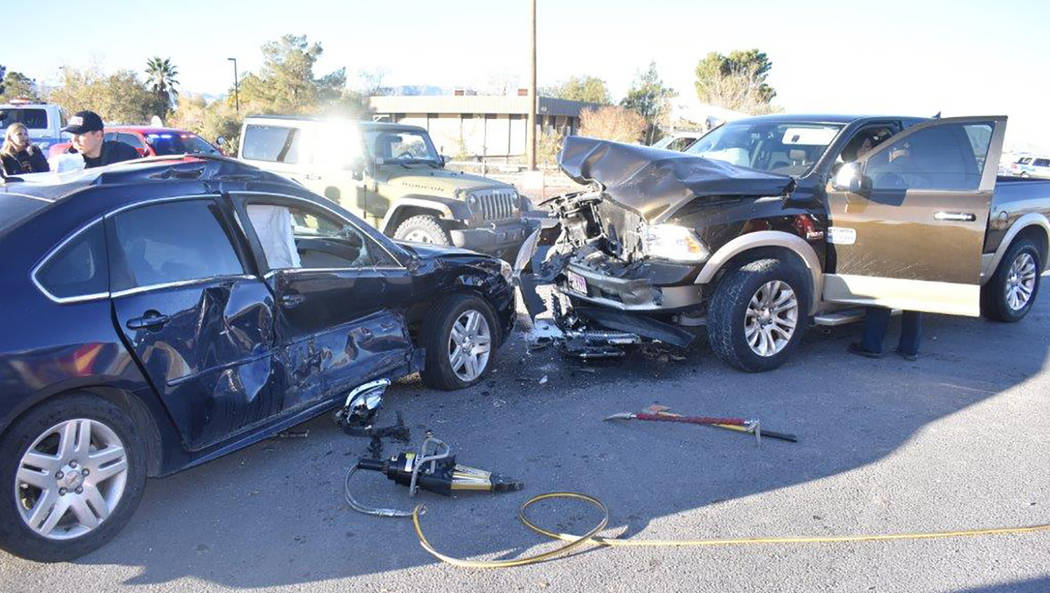 Special to the Pahrump Valley Times One person was transported by Mercy Air to UMC Trauma, while a second was taken to Desert View Hospital following a two-vehicle collision at the intersection of Dandelion Street and Calvada Boulevard, just after 7:30 a.m. on Friday Nov. 30. Fire crews were forced to extricate one person who was mechanically entrapped inside their vehicle. 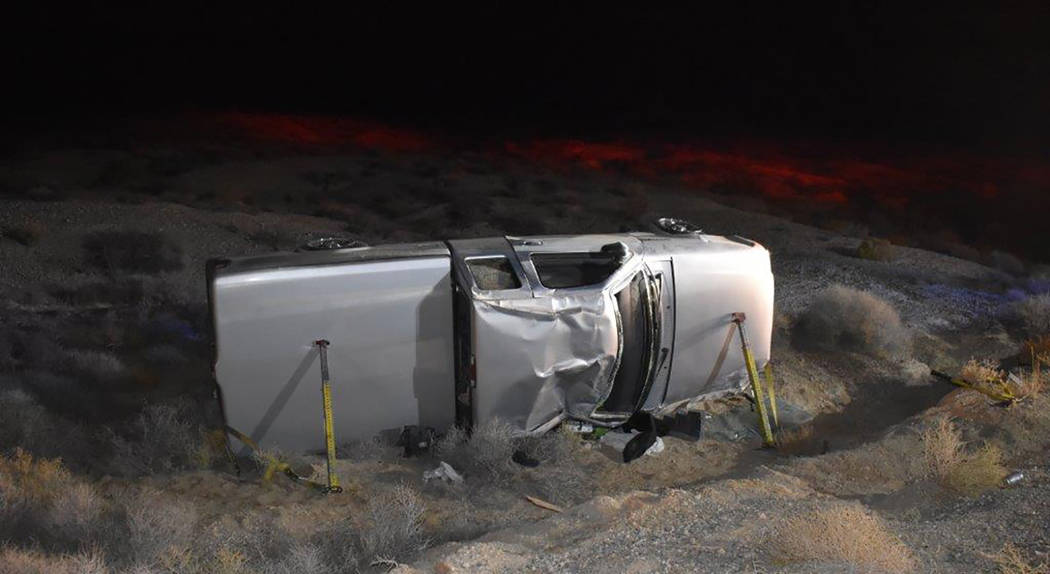 Special to the Pahrump Valley Times A single-vehicle rollover crash prompted the response of Pahrump fire crews to Front Sight Road, just before 6 p.m. on Friday Nov. 30. The driver was transported to a Las Vegas-area hospital, according to Pahrump Fire Chief Scott Lewis.

Motor vehicle collisions dominated the majority of service calls for area first responders as of late.

“Crews arrived to find a two-vehicle accident with significant damage to both vehicles,” Lewis said. “While there was no entrapment, one patient was transported to Desert View Hospital.”

On Friday, Nov. 30, crews responded to a report of a motor vehicle accident at Dandelion Street and East Calvada Boulevard, just after 7:30 a.m., where upon arrival fire crews found the two-vehicle crash as reported, with significant damage to both vehicles.

“It was a T-bone type collision, with one person mechanically entrapped inside their vehicle,” Lewis said. “Crews completed the extrication process and transported one patient to Mercy Air Base-21 for flight to UMC Trauma in Las Vegas. The second patient was transported by ground to Desert View Hospital.”

Later that day, emergency crews were dispatched for a reported motor vehicle crash and rescue assignment on the Tecopa highway just before 6 p.m.

“The actual accident location was located further towards the Front Sight Firearms Training Institute on Front Sight Road,” Lewis noted. “Upon arrival, crews found a one-vehicle rollover crash with the vehicle resting on its right side. The driver was mechanically entrapped, and crews completed an extrication without incident. That patient was transported to a Las Vegas-based hospital.”