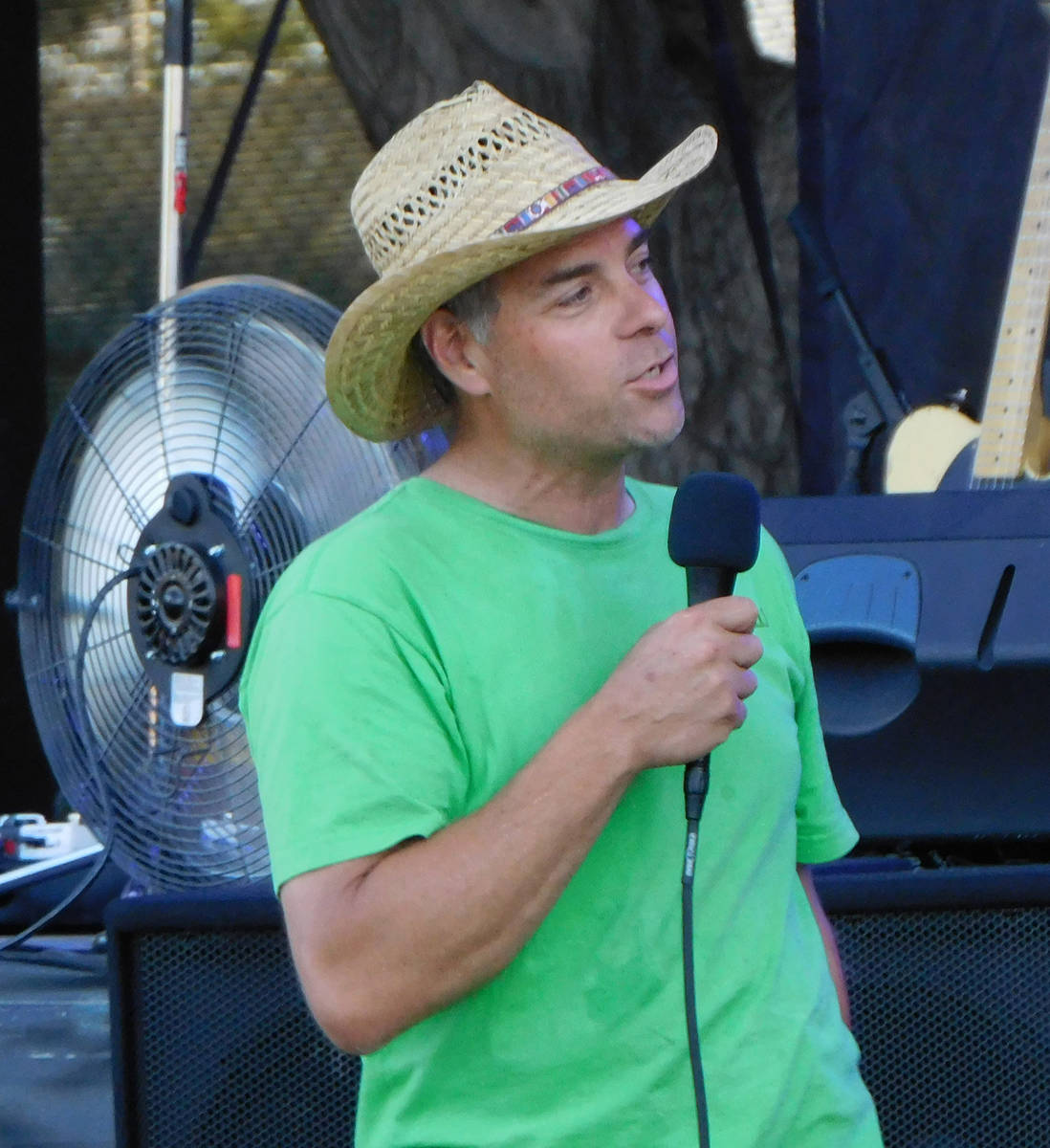 Robin Hebrock/Pahrump Valley Times VinoJazz co-founder Doug Dubin, seen at the organization's inaugural Pahrump Music Festival, explained that concerns over the COVID-19 pandemic were in part what led to the cancellation of the Food Truck Fiesta.

Last week, VinoJazz co-founder Doug Dubin made the difficult decision to cancel the Pahrump Food Truck Fiesta, which was set to take place today and tomorrow at Petrack Park, following a series of circumstances outside of his organization’s control.

First, Dubin had attempted to move the dates for the event to October, citing safety and security concerns, but he was ultimately unable to do so due to scheduling conflicts with adult and youth softball. Now, Dubin is providing some clarification on the nature of the “safety and security” issues that eventually led to the event’s cancellation, telling the Pahrump Valley Times that the COVID-19 pandemic lay at the heart of those concerns.

“As I said in the Nye County Commission meeting (on Aug. 17) and I have maintained, we are all about protecting all those involved in our projects,” Dubin detailed in an email sent to the Times on Aug. 22. “It is safety and security over money.

“We have been provided ongoing inside information in the entertainment industry regarding COVID-related infections,” Dubin continued. “Many concerts and large events have been planned since the reopening and we continue to see a rise in infections. We believe that there is a direct relation between putting many people together and seeing these increases. We asked for a postponement to see if those numbers would drop with guidelines.”

Dubin noted that it is not just the Pahrump Food Truck Fiesta that has suffered this fate, with many other large events in Nevada being put off to a later date or canceled altogether as well. He explained that for one Las Vegas residency, in a matter of just three weeks, over two dozen crew members had become infected and one person had perished as a result of contracting the coronavirus that causes COVID-19. “The media did not report on this situation but other performers, such as Garth Brooks, have chosen the same path and canceled their tours until there is a clear path for all to enjoy these events,” Dubin stated.

The cancellation of the Pahrump Food Truck Fiesta in no way means that VinoJazz is shifting its attention away from providing large local community events, however, with Dubin adding, “We continue to focus on future events and opportunities to allow people to aggregate and enjoy our outdoor resources.”

Dubin and his team are now setting their sights on 2022, when they plan to host several more community gatherings, including the second annual Pahrump Music Festival, the first of which took place this past June. That event was quite successful and Dubin has no doubt that VinoJazz’s 2022 lineup of events will be just as successful as the Music Festival, so he is encouraging residents to keep an eye out for announcements regarding the organization’s future events.

“I appreciate all the calls and emails of support for the events and the VinoJazz Foundation and what we represent, promoting the arts in the community and raising monies for high school and college art scholarships,” Dubin concluded.

“We have been recognized by the IRS as a nonprofit and all donations and gifts to the foundation are tax deductible. Donations and gifts can be sent to the VinoJazz Foundation, P.O. Box 9075, Pahrump, NV, 89060 or by calling 775-537-5515.”