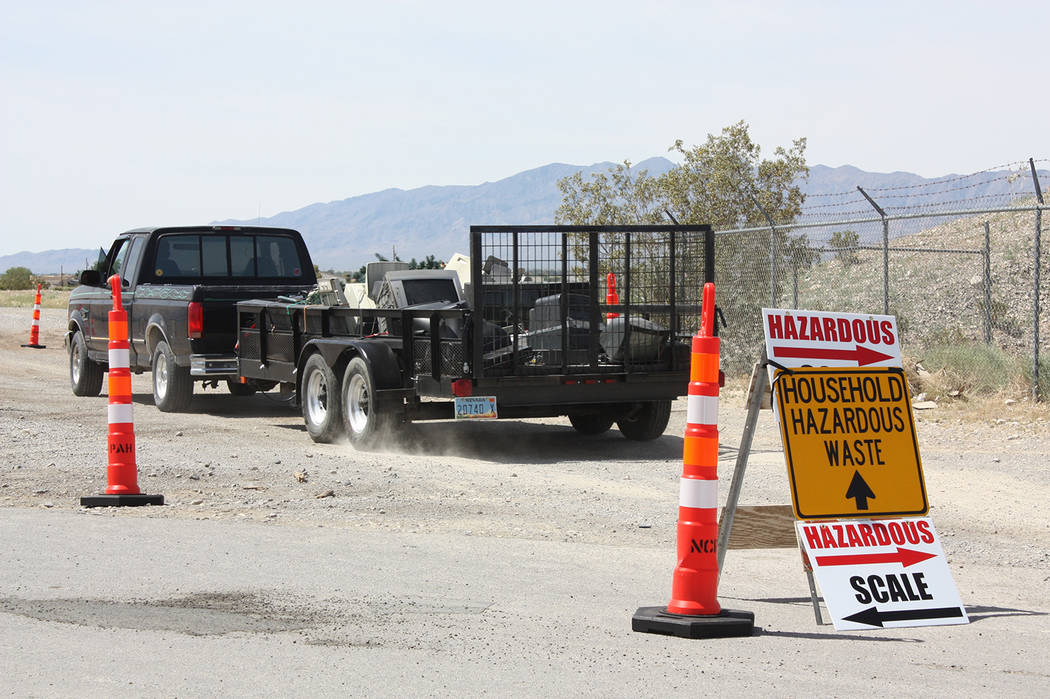 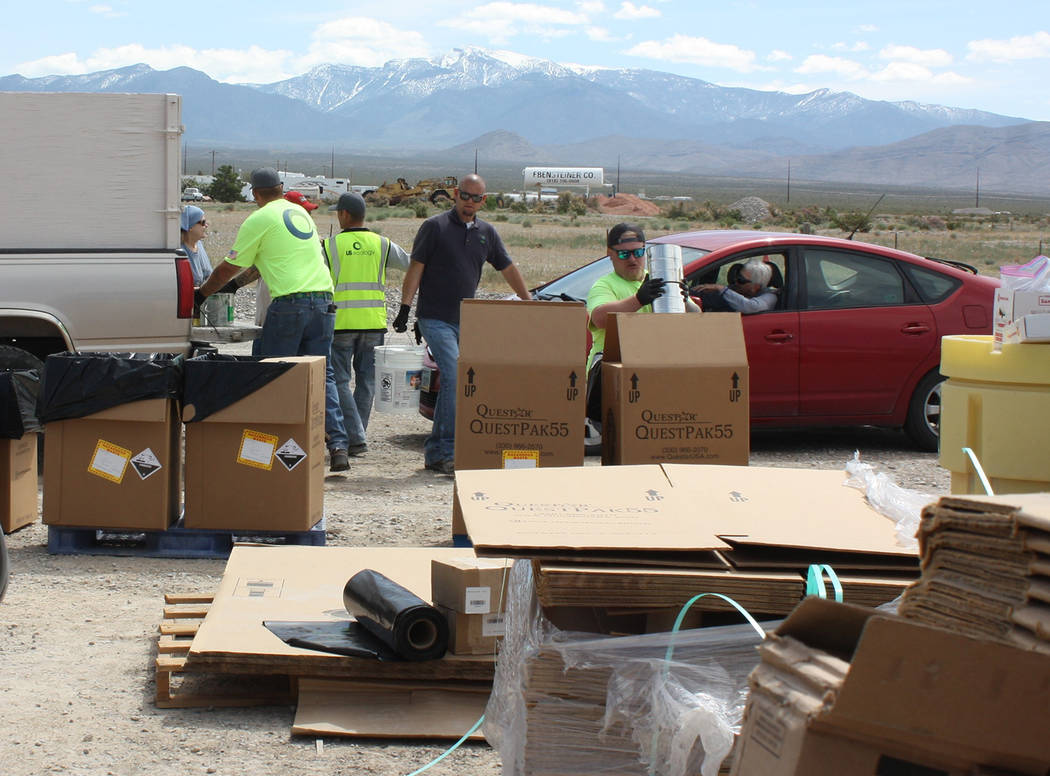 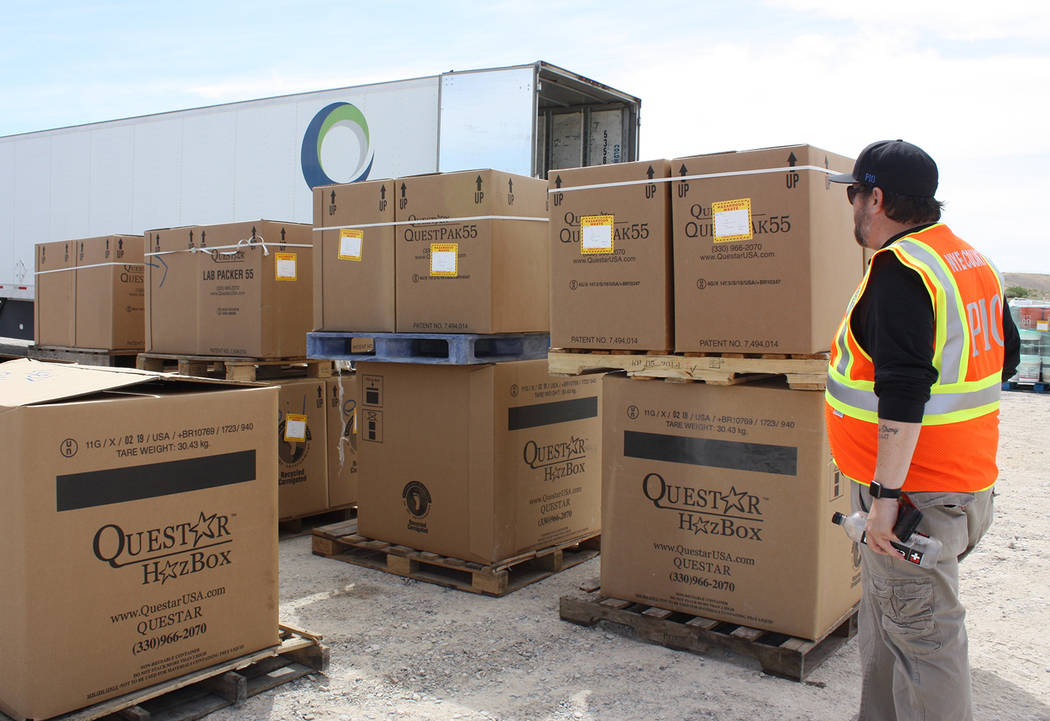 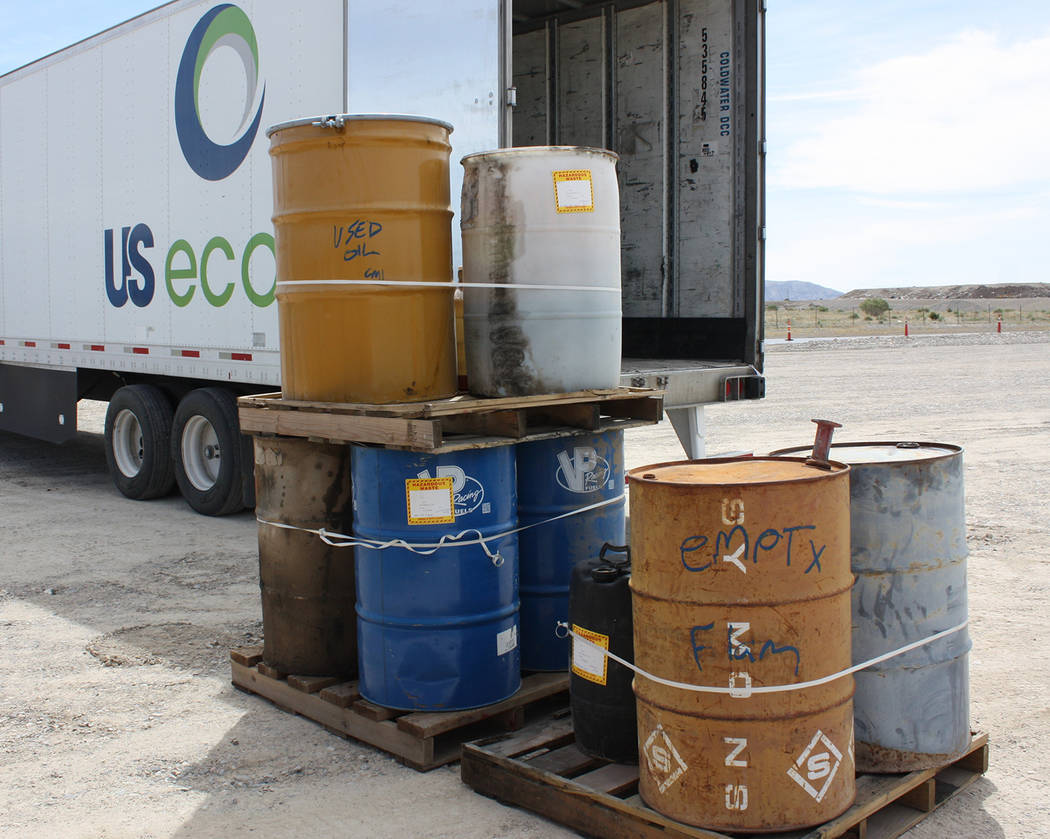 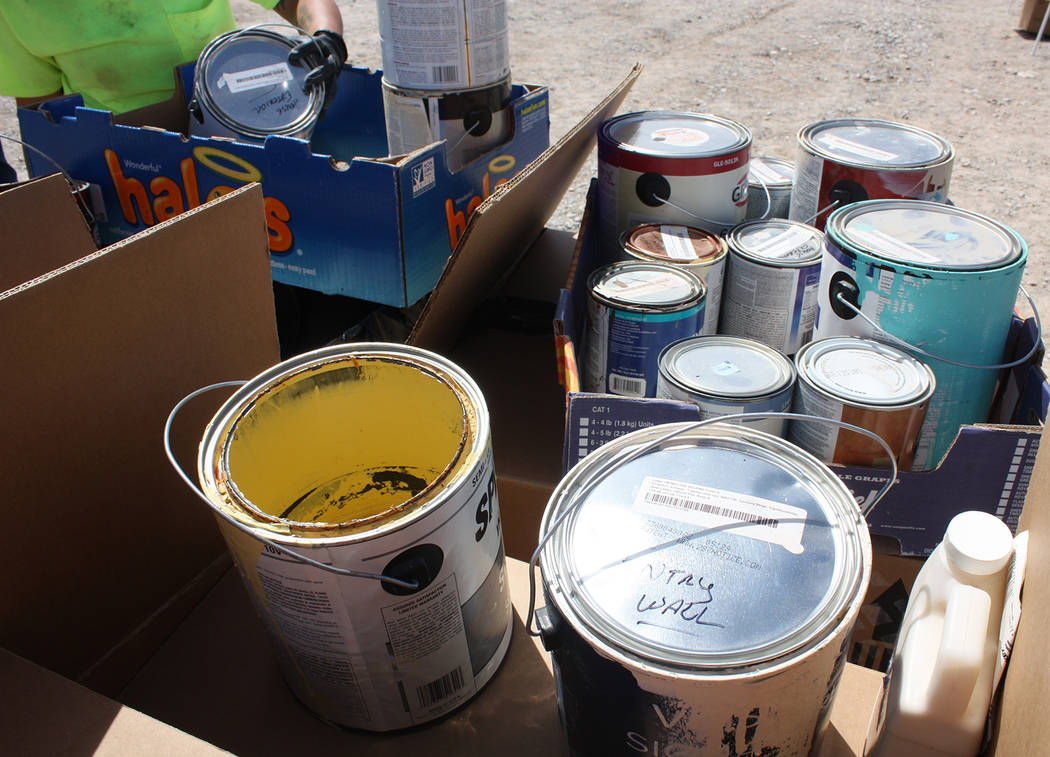 Robin Hebrock/Pahrump Valley Times Nye County officials reported that painting materials, such as old cans of paint, were one of the most common items dropped off at the May 18 event. 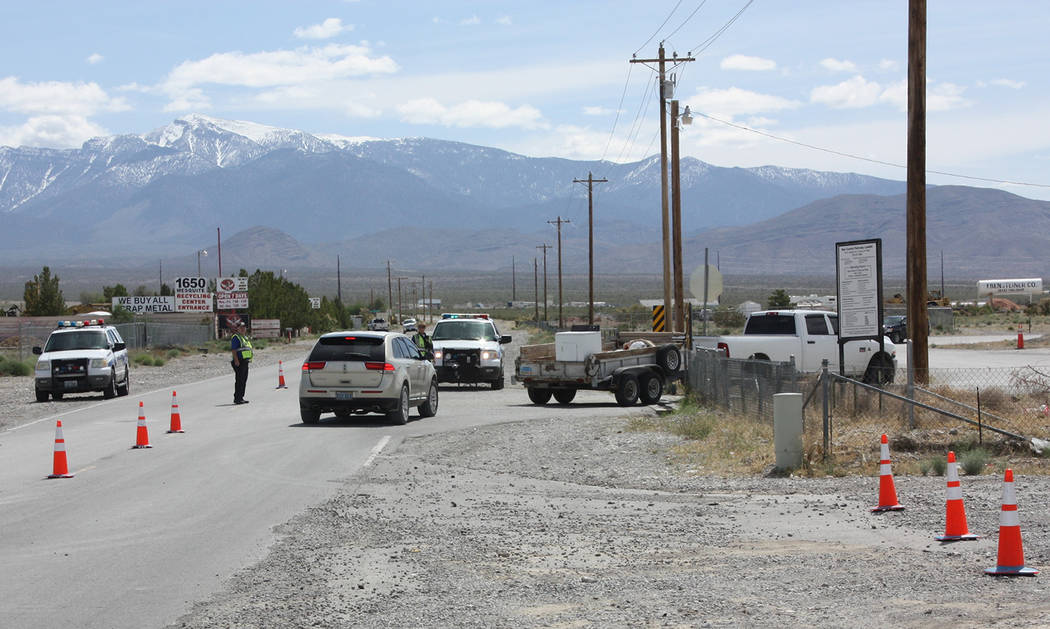 Nye County’s first Household Hazardous Waste Collection event, held in partnership with U.S. Ecology, was hailed a success, with hundreds of vehicles offloading thousands of pounds of waste that will now be processed, recycled or disposed of properly.

The event took place on Saturday, May 18 at the Nye County Landfill in Pahrump, where dozens of U.S. Ecology workers descended to set up the Hazardous Household Waste Collection area. Utilizing a large swath of vacant land at the local landfill, the workers erected shade structures and laid out boxes, barrels and wooden pallets for the anticipated waste.

At 7 a.m. the gates were opened to a line of more than a dozen waiting vehicles. Coming in cars, trucks and SUVs, some hauling trailers, local residents created a steady stream of traffic to the collection event, bringing a wide array of items that should not be disposed of via regular curbside trash pickup.

U.S. Ecology Operations Manager Daniel Church was on hand to help supervise the event, taking a moment out of the busy morning to speak with the Pahrump Valley Times.

“Then the rest of the material will go through a treatment process,” Church continued. “Things like antifreeze or oil and water mixtures, things that recyclers don’t want, we treat at U.S. Ecology. We’ll put it in a process batch, get it solidified and get it into our own landfill out there.”

Everything from old, bulky electronics and mercury and sodium bulbs to batteries of all kinds, painting materials and even some mystery liquids that chemists were hard at work trying to identify, household hazardous waste was dropped off in abundance. The turnout marked a triumphant first-time event and they expect even more successful collection events to come.

“Two semi-trailers were filled and sent to U.S. Ecology for processing, recycling or disposal,” Nye County Public Information Officer Arnold Knightly detailed following the event, noting that the largest amount of waste brought to the site was comprised of various types of paint, batteries and used oils. “One interesting note is, more old televisions were dropped off than we had anticipated.”

In total, over 233 vehicles made their way through the collection event, averaging out to 25 per hour, a number Knightly said exceeded U.S. Ecology’s expectations for a first-time event. The feedback from the community was overwhelmingly positive, Knightly stated, remarking, “Many thanked U.S. Ecology for the event, saying the materials they brought had been sitting around and they hadn’t known what to do with it all. There were even a few who made two trips.”

“I am very happy that over 200 vehicles and thousands of pounds of hazardous waste has been collected and will be disposed of properly,” Dahl said. “U.S. Ecology has provided our community with this opportunity to keep hazardous waste from being disposed of in our landfill and our desert landscape and should be commended for their efforts.”

The event was geared toward specific kinds of household hazardous waste, with a list of acceptable and unacceptable items. Knightly said that for the most part, attendees stuck to that list. However, even those who brought unacceptable items were not left to take their waste home again, or worse yet, dump it randomly in the desert. Rather, Knightly reported, “No waste was turned away and the unacceptable waste will be disposed of properly or recycled.”

As for the future, Nye County is looking to create a regular partnership with U.S. Ecology for future Household Hazardous Waste Collection events. Knightly said the county has already started discussions with U.S. Ecology about doing another event later this year or early next year, with the county considering other areas of the county, such as Tonopah, Beatty or Amargosa Valley, for the next event.