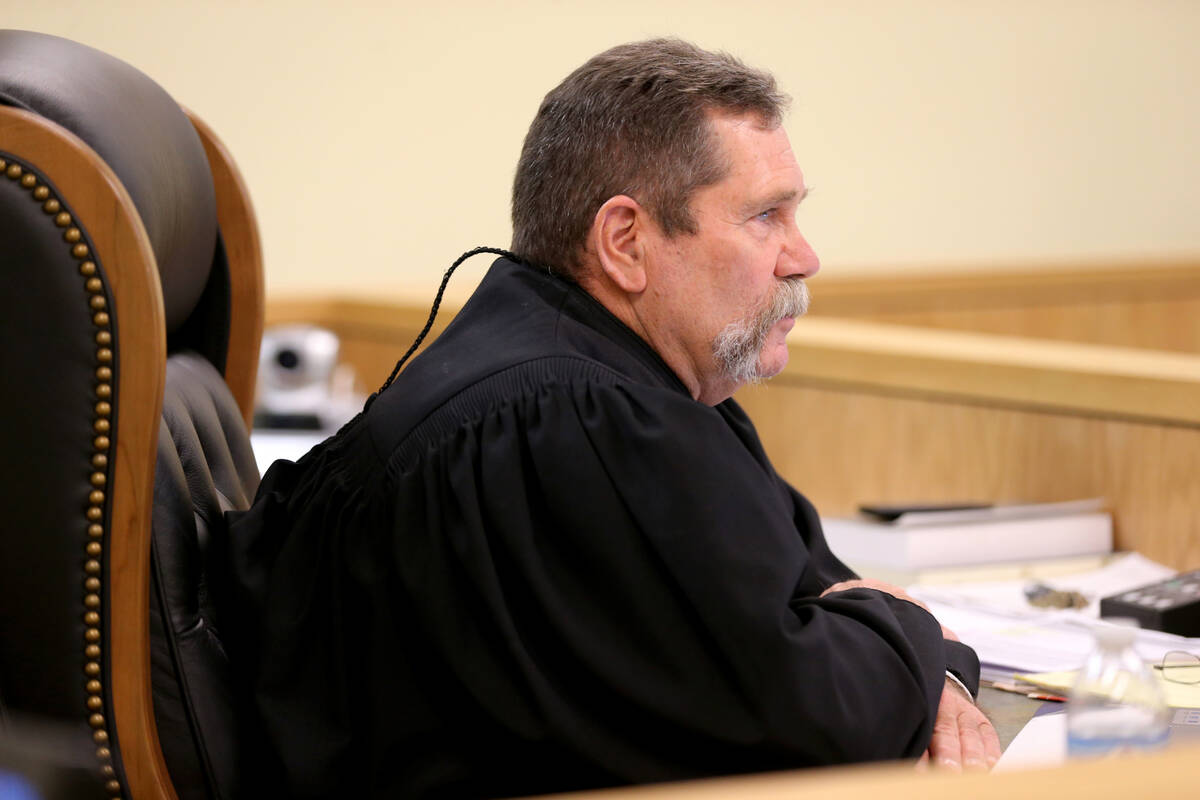 After battling cancer for quite some time, Pahrump Justice of the Peace Kent Jasperson died on Wednesday, Aug. 10.

Roughly two years ago, Jasperson won his re-election to retain his seat on the bench.

Prior to being elected to the bench, Jasperson was a deputy with the Nye County Sheriff’s Office since 1980.

In an interview with the Pahrump Valley Times in October of 2020, during the final weeks of his campaign that year, Jasperson said he served more than three decades working in several different capacities within Nye County.

“I worked here in Pahrump and I worked out at the Nevada Test Site and I also worked up in Tonopah,” he said at the time. “I even worked in areas such as Round Mountain, Gabbs and the Smoky Valley area. I came to Pahrump in 1980 when I started with the sheriff’s office, except for the 10 years that I was up in Tonopah and the northern end of the county. I came back and finished up my law enforcement career here in Pahrump. It’s been a total of 37 years that I have been with the county now.”

During his time on the bench, Jasperson has presided over countless court hearings and proceedings.

He spoke about some of the more challenging aspects of being a Pahrump justice of the peace.

“I think one of the toughest parts is the wide range of cases that you handle because you don’t really specialize in any one thing,” he said. “You have to have a good working knowledge of felony crimes, gross misdemeanor crimes, misdemeanors, and you have to know your civil law because you do protection orders, small claims and you do civil actions.”

Nye County Fifth District Court Judge Robert Lane said that he first met Jasperson about 29 years ago, when Jasperson was a sergeant with the sheriff’s department in Tonopah.

“He and I worked together on a number of cases for about seven years,” Lane told the Pahrump Valley Times. “We became acquaintances and friends and enjoyed working together and we moved down to Pahrump and he became JP. I became a district court judge so we would work together on occasion. Sometimes citizens would take appeals of his up to me and Kent always did a good job and we always had a good time together, joking and teasing each other and he was a good guy to work with. I really liked him.”

Additionally, Lane said Jasperson’s death did not come as a surprise.

“Everybody at the courthouse, and maybe in the community had heard for some time that he had been ailing,” Lane said. “Whenever I would talk to people in the courthouse about how he was doing, they always gave me the impression that he was doing fine and that he would come in and hold court on occasion. Nobody gave me the impression that he was close to dying whenever I talked to him. When I learned from my secretary that he had passed, it was a surprise to me. I’m still at a loss of words because I’m still in the shock phase of having learned of his passing.”

“I met Kent 24 years ago when we started the Mt. Charleston Chapter of the Rocky Mountain Elk Foundation,” Simmons recalled. “He was my friend and my hunting pal. He was tough when he hunted, tough when he worked and tough ‘til the end of the trail, but always with a smile and a kind heart.”

While discussing the duties of justice of the peace, Jasperson said that the position was not your regular 9-to-5 profession, as he was continuously on call where sheriff’s office deputies may need him to sign off on search warrants and such.

Conversely, Jasperson talked about some of the more gratifying aspects of the job.

Further, Jasperson spoke about how his time as a deputy sheriff helped to prepare him for his duties as justice of the peace.

“I learned a lot about court procedures and evidence,” he noted at the time. “I also learned a lot about testifying in court and all of those things have come into play now that I am on the other side of the fence so to speak. I know what’s going on when I have officers testify in my courtroom or there’s something to do with the handling of evidence, I know what needs to be done and how it should have been done and whether or not it was done right without having to second guess things like that.”

Judge Lane conveyed a message to his late friend and colleague.

“I’m a man of faith, so I believe that we’ll see each other again and be friends for a long time, so that’s very comforting.”

Simmons, too, provided a final thought on Jasperson’s passing.

“We will hunt or fish together the next time our paths cross and he’ll be with us as well as his many friends to remember the things we all did together,” he said.