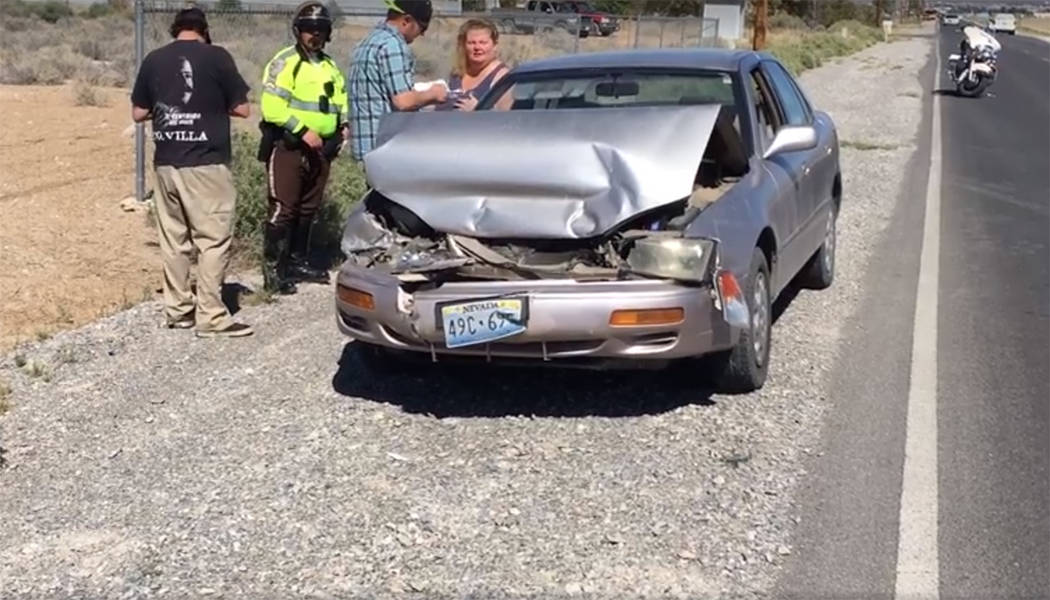 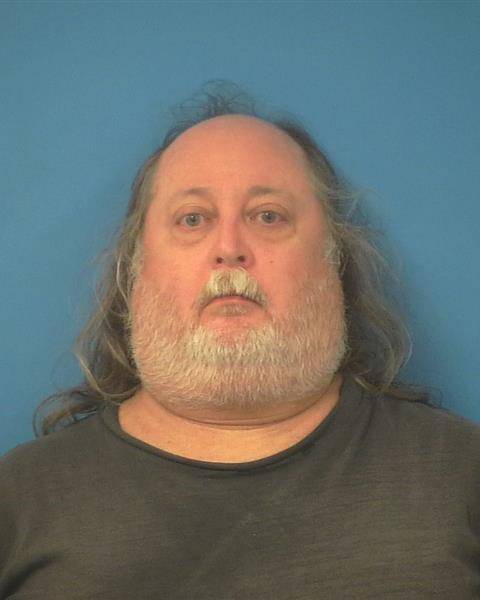 Special to the Pahrump Valley Times/Nye County Sheriff's Office Ronald Nielson, 56 of Pahrump, is facing five charges after allegedly colliding with a school bus on April 24, 2018, according to the Nye County Sheriffs Office. Nielson, who was no longer in custody as of Wednesday, is facing felony hit and run and felony DUI, along with other charges related to the incident.

A Pahrump man is facing multiple charges including driving under the influence after allegedly colliding with a school bus and fleeing the scene of an accident, the Nye County Sheriff’s Office reported in a video release.

A passenger in the suspect’s vehicle suffered minor injuries, the sheriff’s office said.

Ronald Nielson, 56, of Pahrump, was arrested and booked into the Nye County Detention Center on multiple felonies and other charges on April 23 following a collision with the back side of a school bus just north of Highway 372, near Leslie Street, according to the sheriff’s office. Nielson was no longer in custody as of Wednesday.

According to information from the sheriff’s office, Nielson was traveling west in his Toyota vehicle on Charleston Park Avenue, colliding with the school bus at Happy Lane. The bus had come to a routine stop at the intersection. Nielson attempted to flee the scene following that, Sergeant Adam Tippetts said.

“One witness chased the suspect and was able to stop the suspect about a half a mile away,” Tippetts added. “After deputies arrived, it was discovered that the driver was possibly under the influence.”

“When asked, Neilson said that he was attempting to pass another vehicle that had stopped for the school bus,” Tippetts said.

Nielson is facing five charges, according to the video statement from the sheriff’s office: unsafe passing of a school bus with lights activated; failure to provide information and render aid at accident scene; felony hit and run; felony driving under the influence; and failure to report an accident to police.

Tippetts said in the video statement that DUI felony charges are enhanced if injuries are involved. One of Nielson’s passengers did sustain minor injuries, according to the sheriff’s department.

“None of the children or other passengers on the school bus were injured,” Tippetts said.