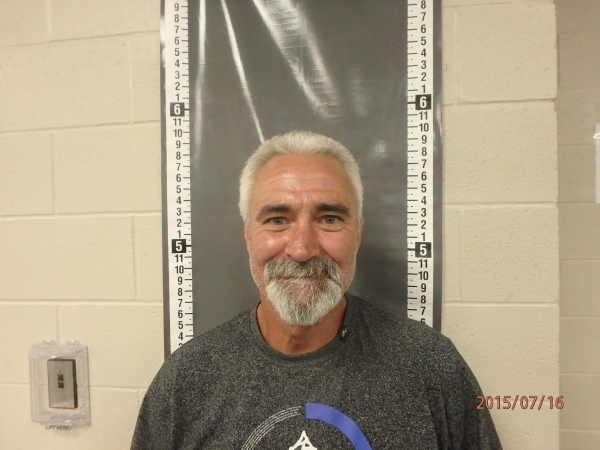 A Pahrump man was arrested last week on preliminary charges related to being in possession of a stolen vehicle.

Nicholas Linton, 56, was arrested by Nye County Sheriff’s deputies on Thursday after an investigation revealed a tractor he had was reported stolen out of Las Vegas just two days prior.

On July 15, a Nye County Sheriff’s deputy was on patrol near Turner Boulevard and Quarterhorse Street when he received notification from the LoJack system installed in his patrol car regarding a possible stolen vehicle in the area, police records state.

The vehicle was a white 2002 Bobcat 763 tractor, one commonly used in construction, with a front-load bucket, which upon running the VIN number on the vehicle confirmed the vehicle was stolen out of Las Vegas.

In their investigation, sheriffâs deputies learned the tenants of the home that the stolen vehicle was parked in front of, located at 4851 E. Laute St., claimed to have borrowed the tractor from an individual later identified as Linton.

While on the scene, one of the tenants made contact with Linton via phone with the arresting deputy listening in and informed him the vehicle was stolen, to which Linton replied, “I’m sorry, I didn’t know it was stolen,” police said.

The police tried to contact Linton himself 30 minutes later that same day, but Linton’s phone was turned off.

The next day the sheriff’s office made contact with Linton in person, and he then denied knowing about the stolen vehicle whatsoever and said he never lent it to anyone.

When questioned about the phone call placed by one of the tenants that Murphy had heard, Linton denied that phone call ever took place.

Linton went on to make several other comments that police determined to be untrue and he was consequently arrested on preliminary charges of buying/possessing/receiving a stolen vehicle.