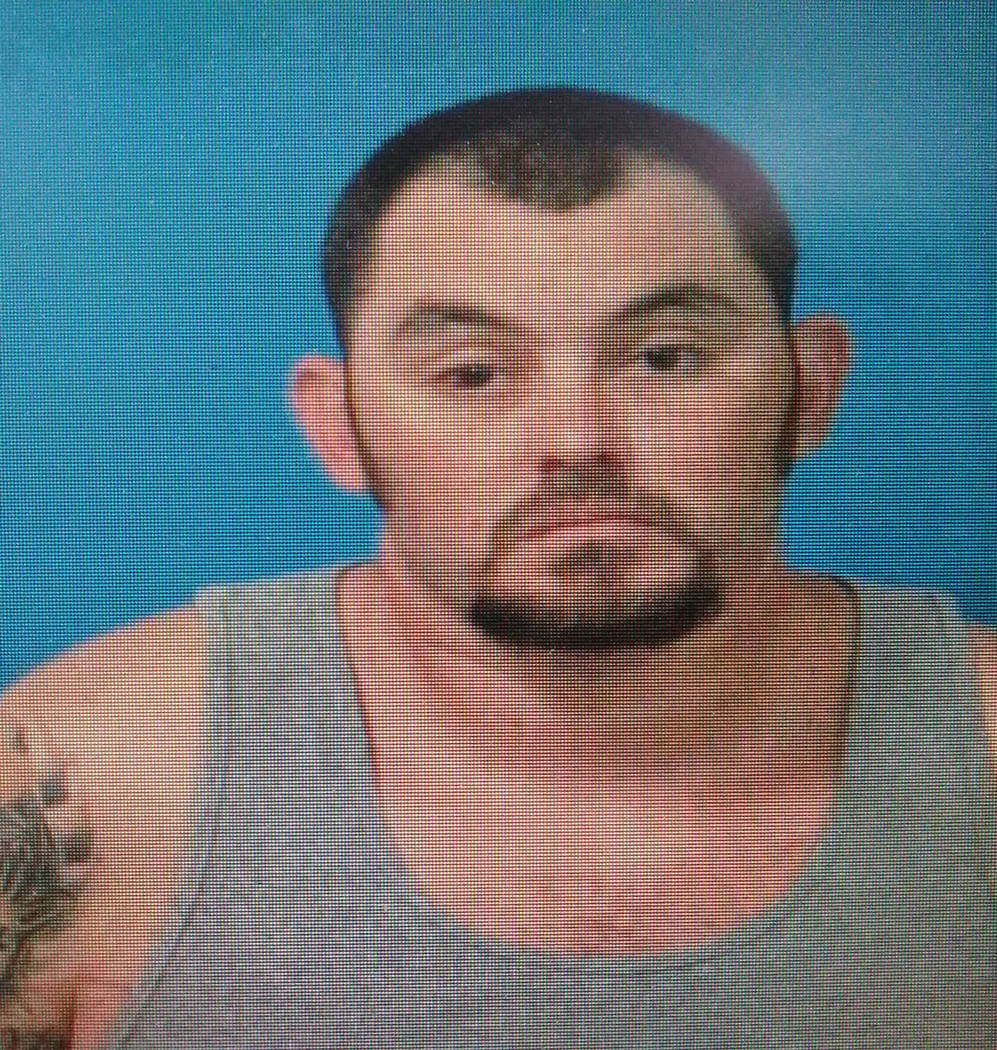 Special to the Pahrump Valley Times Sheriff’s deputies suspect Kurtis Riley was under the influence of a controlled substance after the man allegedly broke several windows at a local bar early Friday morning Feb 9. Riley was eventually taken into custody after deputies said he refused to follow commands while at gunpoint.

A Pahrump man is facing some very serious charges after what can literally be described as a “knock-down, drag-out,” brawl with sheriff’s deputies near an area tavern.

The rampage, according to a Nye County Sheriff’s Office arrest report, occurred at the Hideaway Bar on the 4700 block of south Pahrump Valley Boulevard just before 2:30 a.m. on Friday, Feb. 9, where deputies responded to a man allegedly breaking out windows of the establishment.

The man, identified as Kurtis Riley, according to the report, was wearing a Nye County Sheriff’s Office jacket, adorned with shoulder patches and a star-shaped badge on the lapel.

The individual was also said to be wearing a black face mask.

Sheriff’s Deputy Josh Teter was one of the first deputies to arrive on the scene.

“I observed two large windows of the Hideaway Bar broken,” Teter noted in the report. “The bartender stated the male came up to the window and started smashing it with an unknown orange object.”

Teter’s report stated that when Riley was told to leave the property, he stopped smashing windows and declared, “I’m a cop,” before fleeing the scene and encountering Lt. Eric Murphy.

Riley, still holding the orange object, was standing in the middle of Pahrump Valley Boulevard when Murphy advised Nye County dispatchers that he had “one at gunpoint.”

“As I was en route to his location, Lt. Murphy advised me Riley was resisting and not cooperating,” Teter said in the report. “Murphy stated Riley was waving the orange object around like a baseball bat, and he was going to swing it at Lt. Murphy.”

Upon Teter’s arrival, Riley was repeatedly given verbal commands by both officers to get on the ground and comply.

At exactly the same time, Sheriff’s Detective Alex Cox came from behind and tackled Riley “football style,” to the ground.

Riley, the report stated, continued to resist the officers.

“After approximately one minute, Riley was placed in wrist restraints,” Teter said in his report. “Riley stated that he was under the influence of an unknown type of narcotic, and he does not know what is going on. After Riley was placed in custody, I observed a large orange object on the side of the road that had glass shards on it.”

After speaking to Riley, Detective Cox believed the suspect exhibited signs of being under the influence of methamphetamine.

A wants and records check revealed Riley had a previous arrest for possession of drugs.

No serious injuries were reported during the confrontation.

Riley was subsequently transported to the Nye County Detention Center, where he faces the following charges:

Impersonation of a public officer, destruction of property, injuring/tampering with a vehicle, assault on a protected person with a deadly weapon, resisting a public officer, attempted burglary and under the influence of a controlled substance.