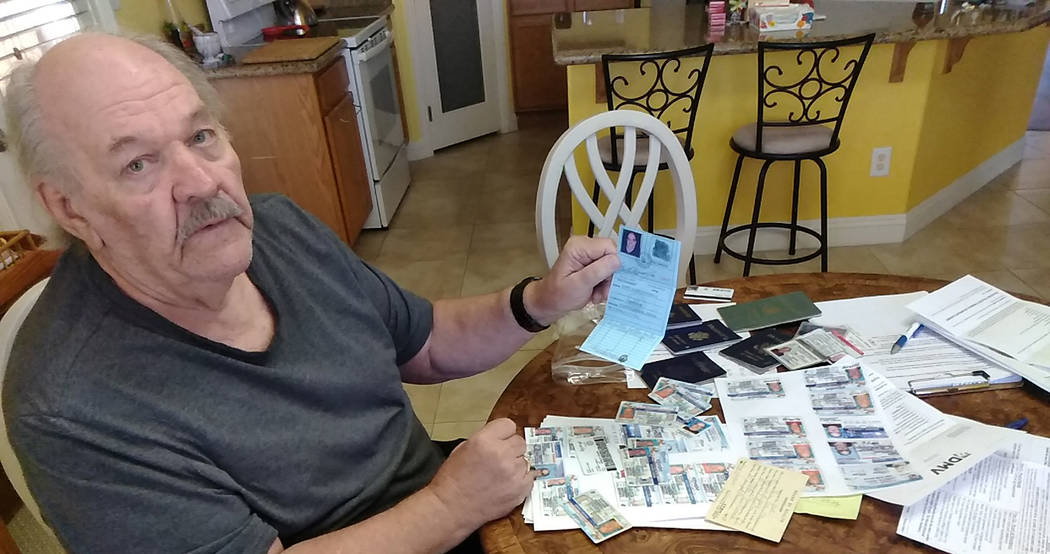 Selwyn Harris/Pahrump Valley Times Pahrump resident Larry Massing has spent the past 10 years trying to reclaim his life after his identity was stolen. Massing who has also lived in Panama, and traveled around the world as a contractor, moved to Pahrump from Henderson, Nevada roughly a year and a half ago. 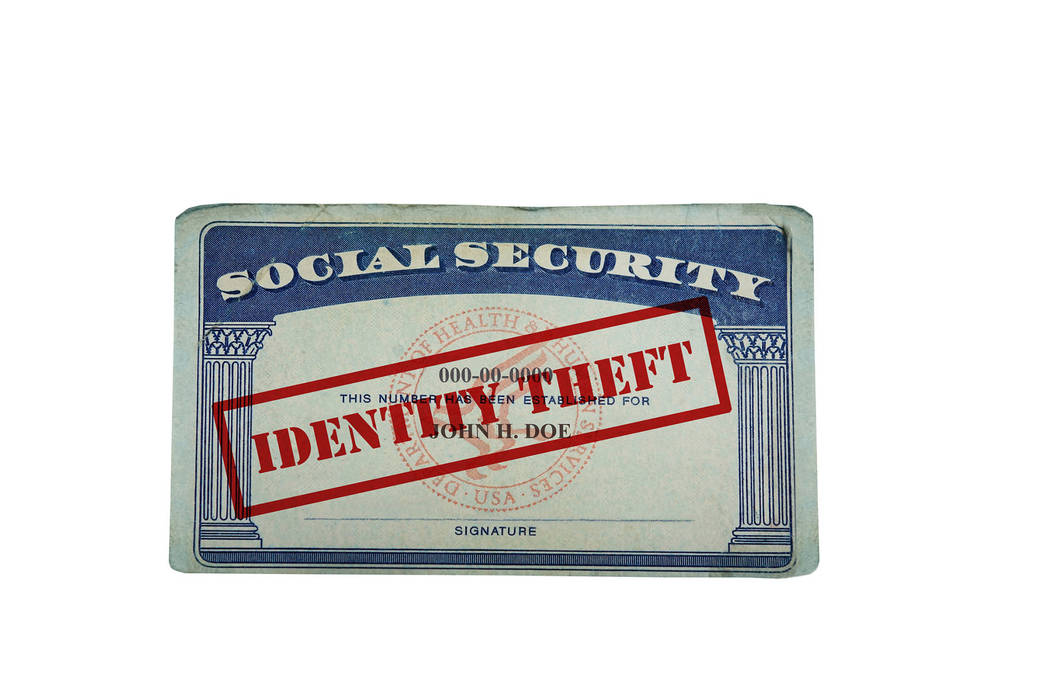 Getty Images Authorities noted that Donovan actually assumed Massing’s identity, but they were not sure exactly how.

For more than 10 years, Pahrump resident Larry Massing had been a literal “dead man walking.”

His plight, he said, began when his identity was stolen by a man identified as Geoffrey Donovan, a fugitive from Cleveland, Ohio, according to authorities there.

Donovan was wanted by federal officials when he failed to appear in court more than two decades ago for a sentencing hearing on money laundering, firearm, and drug charges.

Authorities noted that Donovan actually assumed Massing’s identity, but they were not sure exactly how.

Massing, who has lived in Panama and traveled around the world as a contractor, moved to Pahrump from Henderson, Nevada roughly a year and a half ago.

He said he learned of the identity theft after attempting to renew his driver’s license more than 10 years ago.

“I sent a check to the DMV in Henderson to renew it,” he said. “After a couple of months, I heard nothing so I called and spoke to an officer from the Compliance Enforcement Division of the DMV.”

Interestingly, investigators said Donovan was also living in Henderson until his death from natural causes in April of 2008, according to Massing.

Neither man resembles the other, aside from their eyeglasses.

“I went down to the records department in Henderson to get a copy of the death certificate, and the clerk told me that she couldn’t give it to me because I was still alive,” he said in disbelief. “I contacted the Henderson Police Department and a detective goes to the bureau and wanted to see the death certificate. That’s how I got my Nevada driver’s license because he knew it was all fraudulent.”

Additionally, Massing said that the code enforcement officer also played a big role in helping him clear up the matter.

“The guy at the DMV was the one who resolved this whole thing when he found out that I was a victim of identity theft,” he said. “Eventually everything got pretty much cleared up where I could get my life back together. Right now, I have over 20 picture IDs, and five passports.”

Massing also said that he still has concerns about the entire situation.

“This Donovan guy died in 2008,” he said. “They cremated him and he’s still got a death certificate under my name to this day. I went to Valley Funeral Home because I found out where he was cremated. I asked why was this guy cremated under my name, and I was told that his wife, his son, and his sister testified that he was Larry Massing. The only thing left from this whole mess, is this guy is dead with a death certificate under my name, and it’s still there.”

As a result of his years of problems, Massing imparted a bit of advice for those who may find themselves in a similar situation.

“My advice would be that if you have an ID with a picture on it, don’t throw it away,” he said. “If it has expired, save it and get a passport. I also got a set of fingerprints done because when I die they can match them up. The U.S. Marshals tried to take credit for catching this man, but they never caught him. He died and they still didn’t know who he was, until I tried to renew my driver’s license. Then they started checking and made the connection. They also found a picture of him and compared that picture with my picture.”

Following his disappearance in 1994, Donovan assumed various identities, while living all across the United States.

Investigators eventually learned that Donovan had been living in Henderson, Nevada under the name Larry Massing, until his death in his home back in 2008.