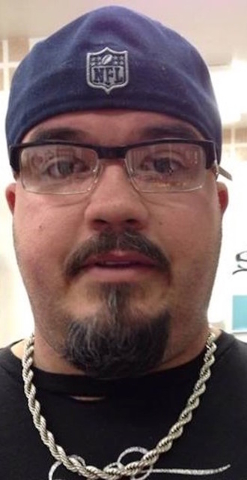 Editor’s note: This is the first in a series of stories looking at Nye County Commission District I candidates in the June 14 primary election.

A Pahrump resident making his first bid for public office faces an Amargosa Valley man and incumbent Lorinda Wichman in the June 14 primary for a seat on the Nye County Commission.

Earl Jones joins fellow Republicans Scott Mattox and Wichman of the Round Mountain region in the contest for the District 1 commission seat. The winner of the primary will take the seat because no one from another party registered to run.

“I am tired of listening to people talk about doing something when that’s all they do is talk about it,” Jones, 42, said when asked why he is running for the county commission.

“So I figured I’ll throw my hat in the race, see if I can win and go from there.

“I just want to change some things in the county, keep the BLM out of there for one,” Jones said of the U.S. Bureau of Land Management. “That is one of my main concerns. And the water, keeping the people on wells that want to be on wells. That’s a big a big deal. We moved out to the rurals for a reason.”

Jones, a Nevadan for nearly 30 years, said he is “not a politician.”

“Vote for Earl Jones because it’s basically more liberty and less government,” he said when asked about his campaign message.

Jones said he is a Teamster with Local 631 who sets up conventions for a living. He works in Las Vegas.

“I had a few friends who were kind of trying to encourage me to run for something and make a difference,” he said when asked why he chose the county commission as the first elected office to pursue.

“We (Pahrump) no longer have a town board so I couldn’t start at the very bottom,” Jones said. “I figured ‘What the (heck), I’ll get in there and run for county commissioner. It’s in my district.’”

“The challenge with that would be with trying to get in touch with everyone,” Jones said.

“It’s kind of a hard seat. I am going to do my best. You have constituents everywhere in a place like that.

“Down in District 1 in Pahrump specifically, there’s just like a borderline, they’re all in one little spot,” he said. “And then you go to Crystal and up into Beatty and then into Tonopah, Gabbs, Round Mountain, all those little towns in there.

“If I’m the guy they vote for, then I’m going to try and do the best of my ability,” he said. “You’re not going to please everybody all the time, it’s not going to happen,” Jones said. “I realize that, just with life experiences. So if we can please most of them most of the time, we’ll be alright.”

He plans to be active on the campaign trail.

“I don’t have a lot of funds to run my campaign, but I believe it’s more important to go and meet people and shake their hand and get the concerns that they have on their minds and apply that.

“I had a child to raise, I was a young father,” he recalled. “I was a 16-year-old father. I felt it more important to take care of my daughter. I got my GED, and I went on with life, raised her. She is now at the University of Wisconsin.

“She is doing very well, and I’m glad that I stuck around there and stuck to it,” Jones said.

Jones considers his experience as a young father an important part of his life story.

“It’s one of those things that no matter what cards you’re dealt, you don’t give up. That’s where I’m at with things in life. You can knock me down 10 times, but I’m going to get up eleven.”

As part of his further educational training, Jones said he was in the Teamsters apprenticeship program in 2001 or 2002.

“I am a journeyman in the Teamsters 631 convention and basically operate a forklift all day,” he said.

“It’s not the best paying job, but it gets me by.”