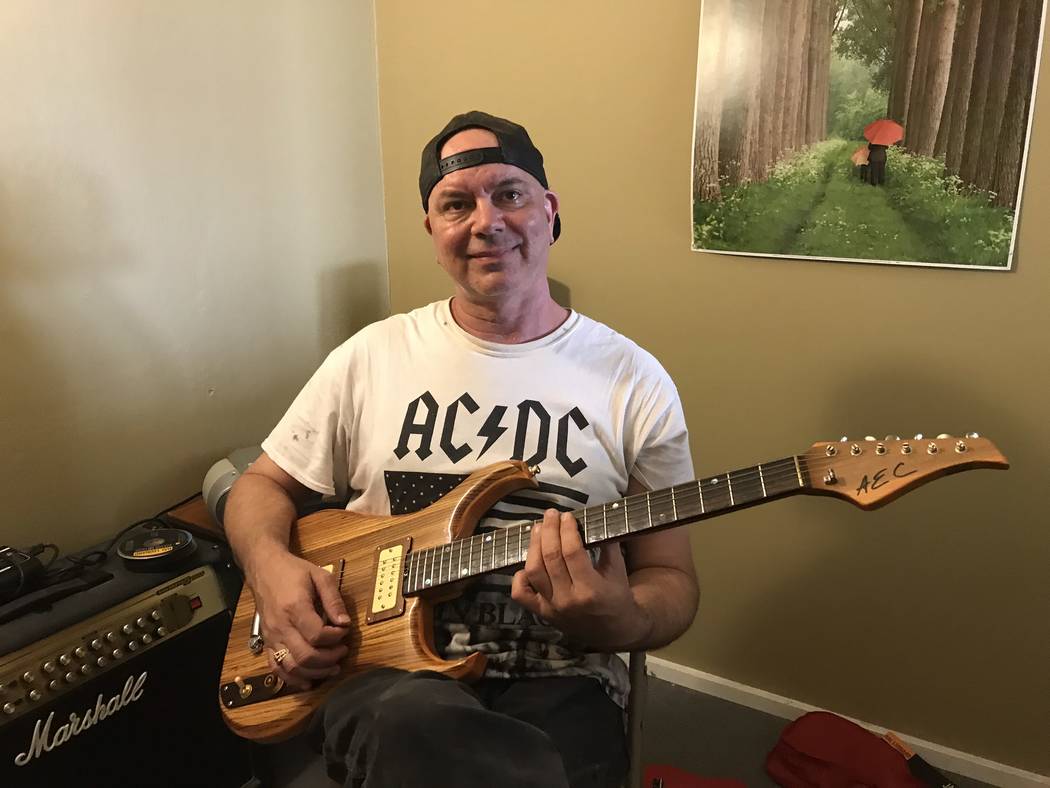 Jeffrey Meehan/Pahrump Valley Times Gary Fox, owner of Foxter Music in Pahrump, sits with his guitar in his shop at 141 S. Frontage Road in Pahrump. The store offers private lessons in guitar and other instruments. 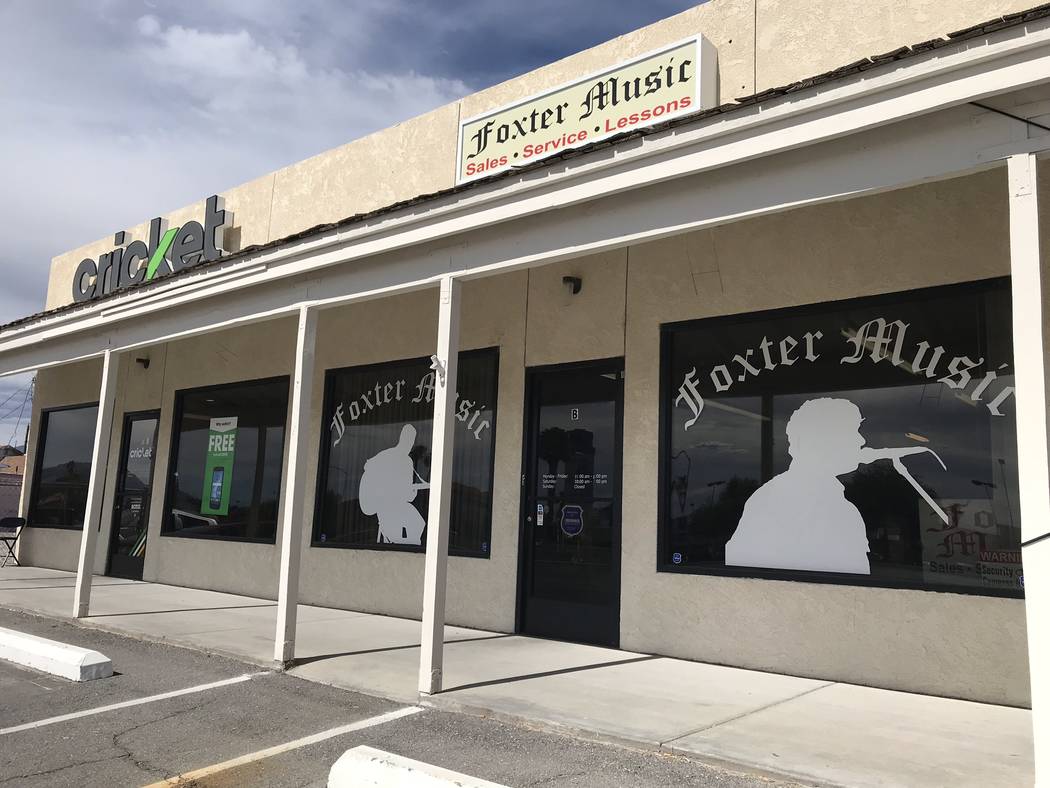 Jeffrey Meehan/Pahrump Valley Times Foxter Music, a Pahrump-based music store, and Cricket Wireless are holding an event on Saturday, July 27, in front of both their locations. The shops are located in the 100 block of South Frontage Road. 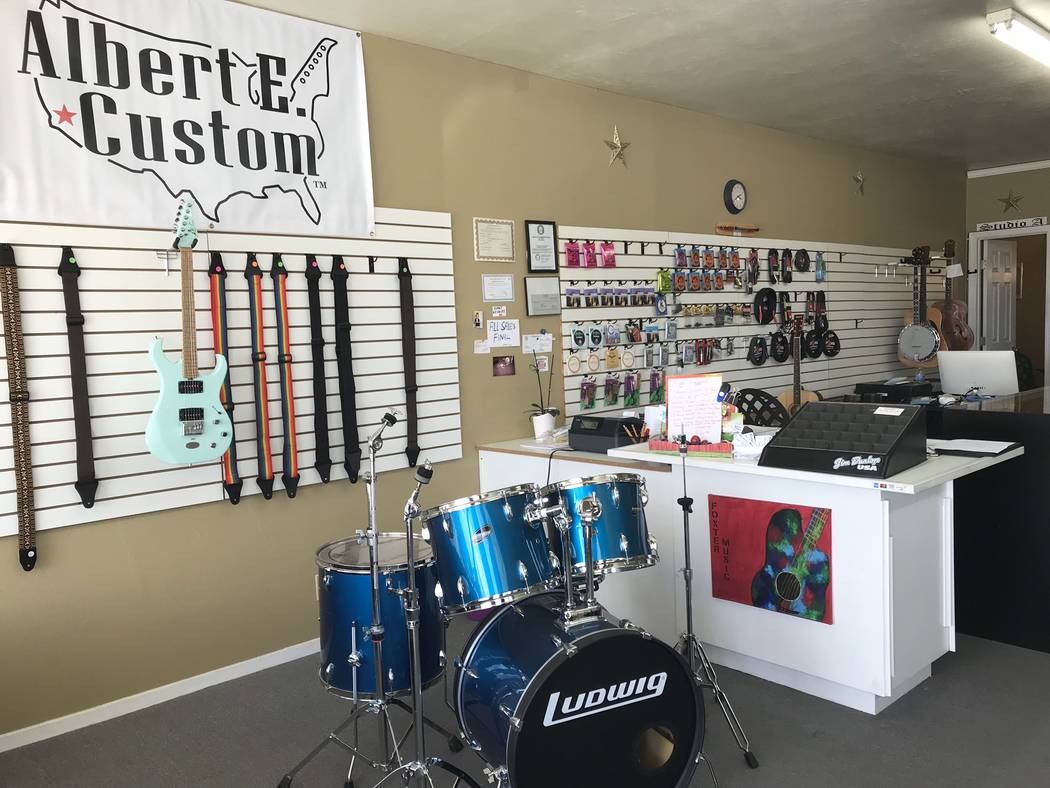 Jeffrey Meehan/Pahrump Valley Times Foxter Music in Pahrump is celebrating its third year anniversary with a special event on Saturday, July 27, which includes a free barbecue, drinks, raffles and other offerings. The event will be held from 10 a.m. to 2 p.m. on July 27 in Foxter's parking lot at 141 S. Frontage Road. 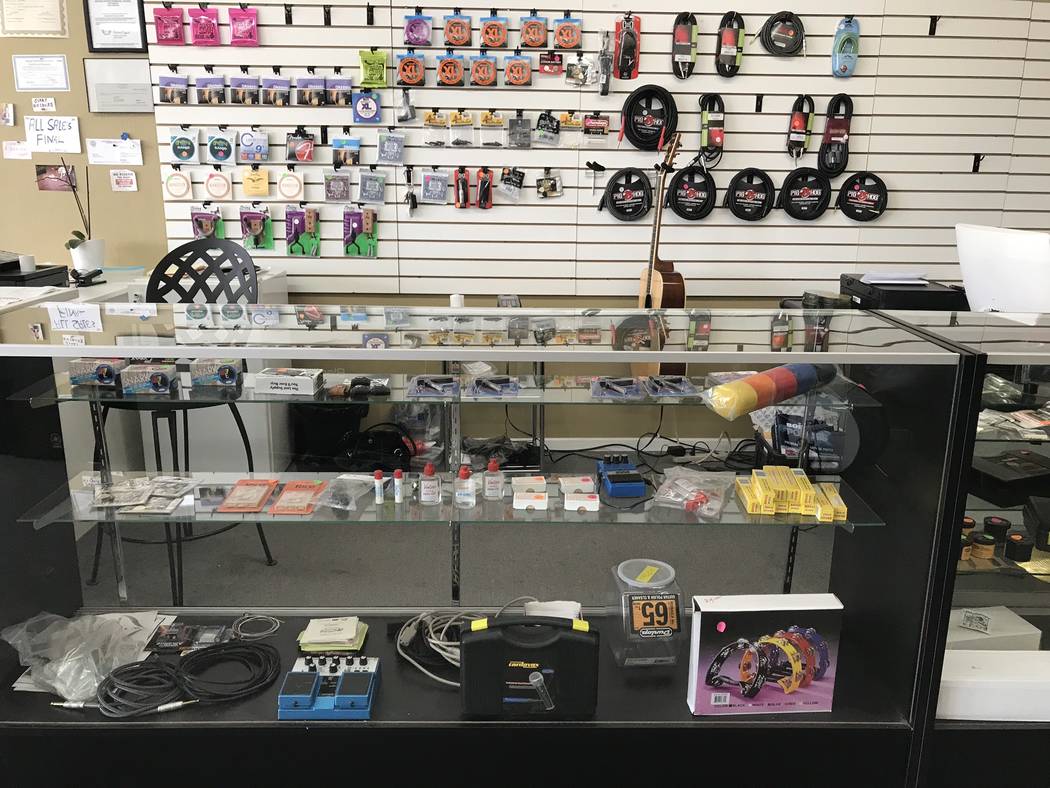 Jeffrey Meehan/Pahrump Valley Times Foxter Music sells guitars, amps, music accessories and other items at its 141 S. Frontage Road location in Pahrump. The shop is holding a celebration from 10 a.m. to 2 p.m. on Saturday, July 27 at to celebrate being in business for three years.

A Pahrump-based music shop is set to host an event that will entertain locals and visitors to Nye County.

Foxter Music, in celebration of its third year in business in Pahrump, will host an event that will include live entertainment, barbecue and a raffle, along with other offerings at its 141 S. Frontage Road store. The venue will run from 10 a.m. to 2 p.m. on Saturday with co-host Cricket Wireless, a neighboring store.

“We’ve had such great, hard-working students,” said Gary Fox, owner of Foxter Music. “Parents have been excellent supporting the store.”

Fox continued: “We’ve met so many fantastic people in Pahrump,” he said. “We’re so thankful for all the support the town has given us.”

The event will feature several of Foxter’s students playing live for locals and others. The live music portion of the event will include violin, keyboard, voice and guitar student players.

Fox said he and the band are in the process of recording an album.

Fox also has another band, Incognito.

Cricket will be hosting a free barbecue and have snow cones, along with offering discount activation and accessories. The event will also include drawing prizes and a raffle.

Fox said he is going to raffle off an acoustic guitar at the event.

Foxter Music has guitars starting at $149, amps and other accessories.

The store also offers lessons in guitar, keyboard and violin, along with other instruments.

Fox, a thirty-year veteran in the music industry, has given live performances in Pahrump, Las Vegas and other parts of the country. He opened his shop in Pahrump in August 2016.