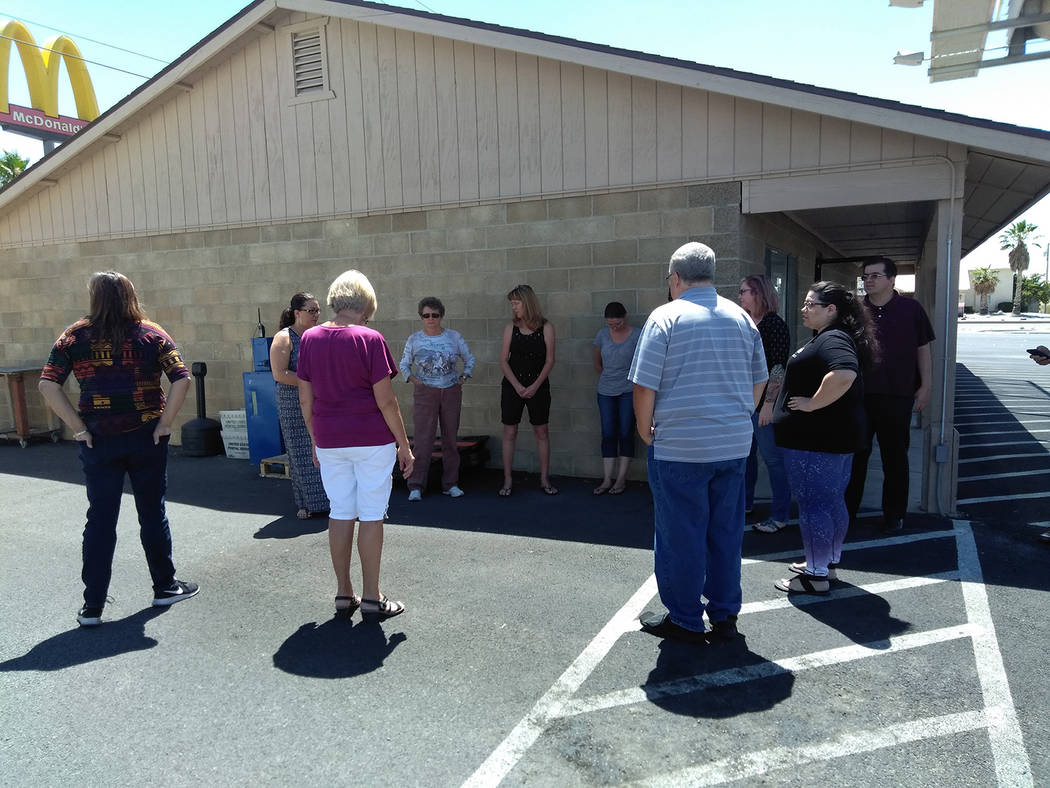 Staff at the Pahrump Valley Times joined other news publications across the country by observing a moment of silence for the five employees shot to death at a Maryland newspaper last week.

At 11:33 a.m. on Thursday, July 5, employees from each department joined hands, with bowed heads just outside the offices, to remember those killed in what has been described as one of the deadliest attacks on journalists in U.S. history.

The 2:33 p.m. shooting occurred at the Capital Gazette newspaper in Annapolis on Thursday, June 28.

The American Society of News Editors and The Associated Press Media Editors asked newsrooms across the country and around the globe to join them in the moment of silence.