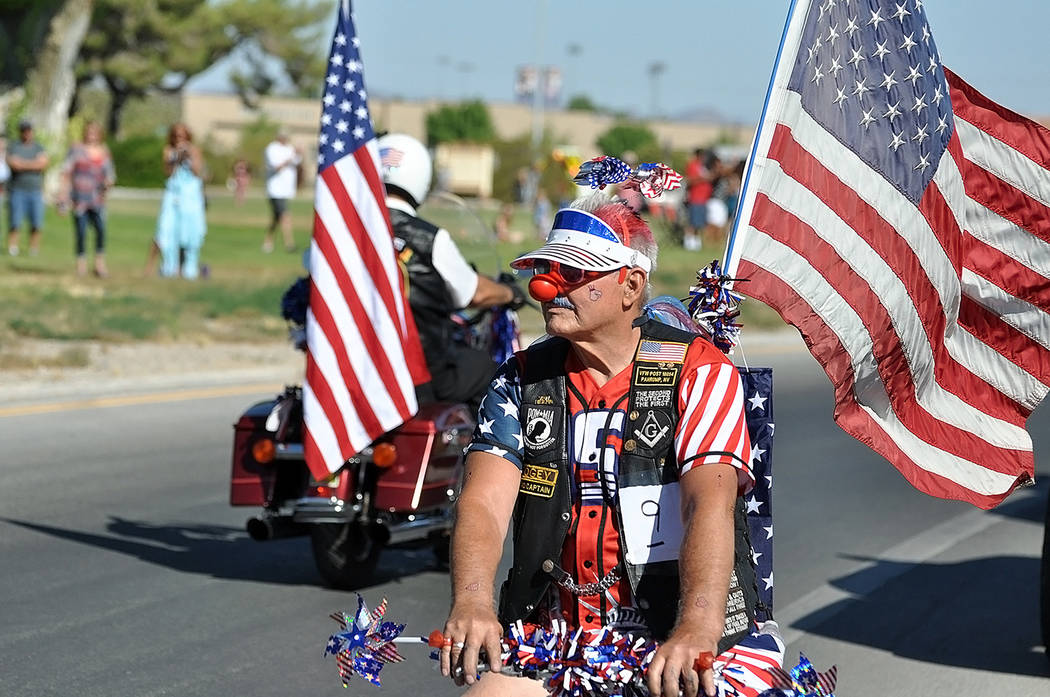 Horace Langford Jr./Pahrump Valley Times A parade entrant shows his patriotism as he rode his quasi-scooter along the parade route, much to the enjoyment of onlookers. 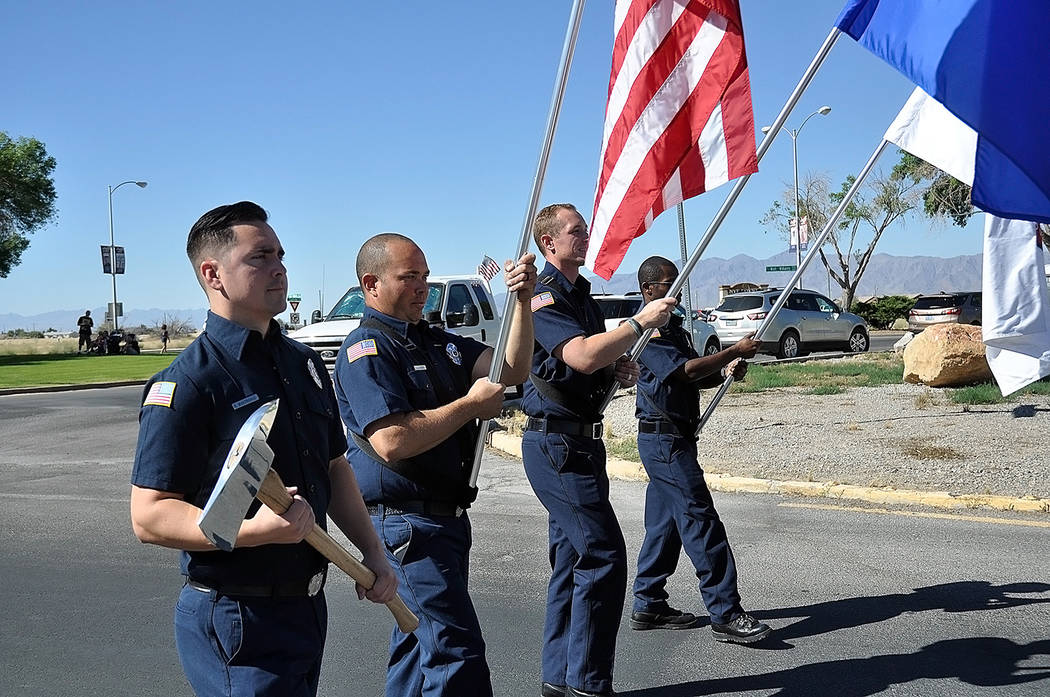 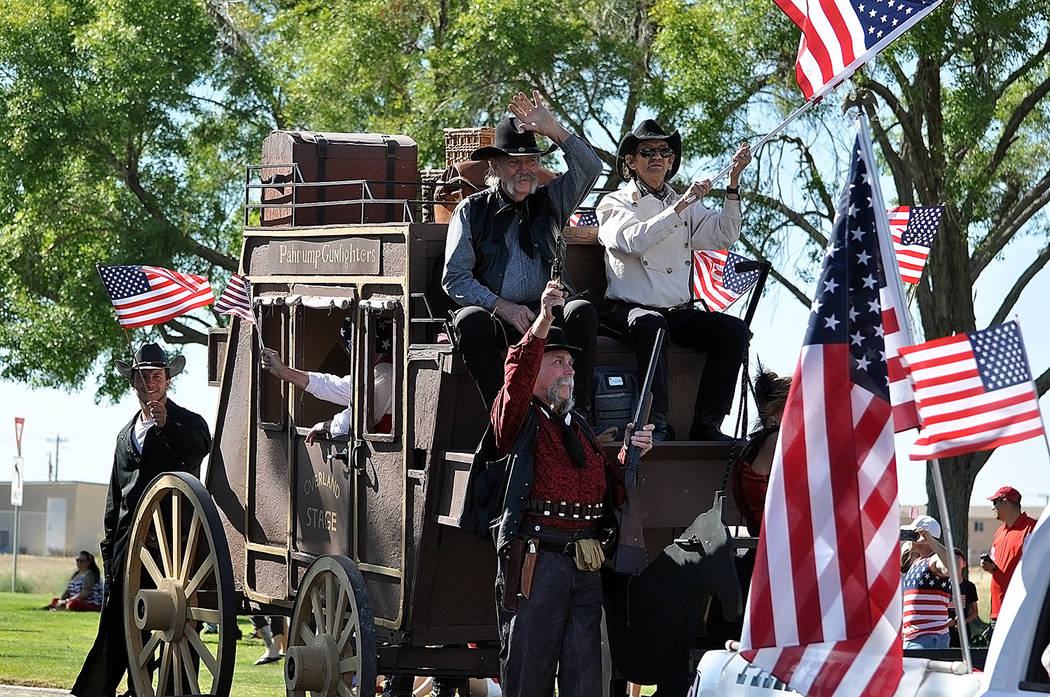 Horace Langford Jr./Pahrump Valley Times Members of the Pahrump Gunfighters have been a fixture at the July 4th parade for many years. The local organization also performs western-themed skits and gunfights for the public’s enjoyment throughout the year.

This year, the annual event attracted 21 entries to the Calvada Eye parade route off of south Nevada Highway 160.

The Calvada Eye encircles the Nye County Board of Commissioners’ complex along Walt Williams Drive.

“We had several new ones this year as well,” parade organizer Linda Wright said. “It was a great turnout and in every direction you looked, there were individuals and families enjoying themselves. Just about all of our entries were giving out candy and flags to all of the kids.”

Wright also noted that she didn’t have the usual color guard this year, but things still worked out quite well.

“Pahrump Valley Fire and Rescue Services Chief Scott Lewis surprised us and provided their color guard for us, which helped us out tremendously. The 6 a.m. VFW breakfast fundraiser went very well and a lot of people came out for it. I also want to thank everyone for coming out and of course all of the participants, including Joe’s Sanitation, who is one of our sponsors now. We are already looking forward to next year.”

Additionally, Wright wanted to acknowledge several individuals who provided their time and effort for the parade.

“I just want to give a special thanks to our judges Renee Thayer, Stephen Filarowski, and Eddie Williams,” she said. “I also want to give thanks to Butch Borasky and Dan Schinhofen for all of their help and guidance as well as a big thank you to all who participated and everyone who came out to watch.”

This year’s parade sponsors were the VFW Post 10054 and Joe’s Sanitation.