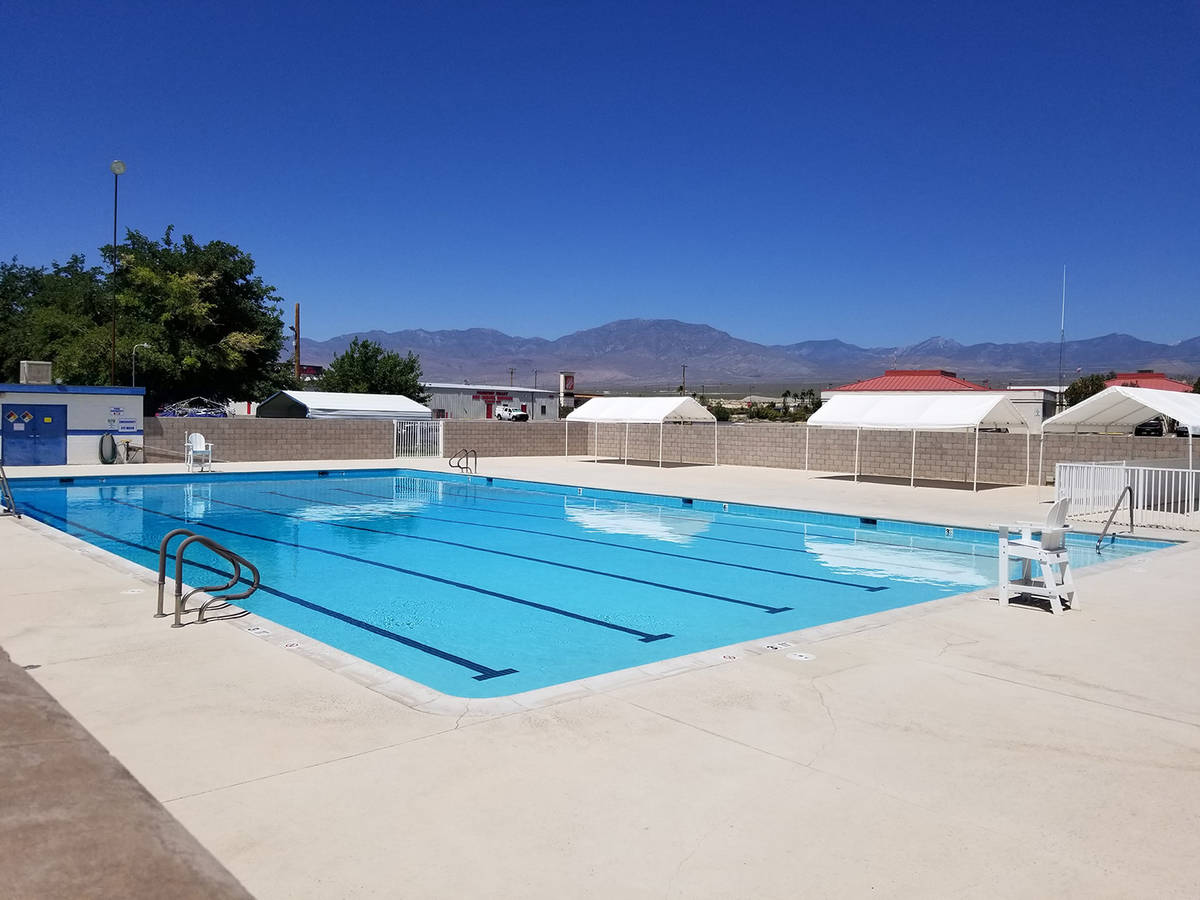 Special to the Pahrump Valley Times The Pahrump Community Pool will not open for the 2020 summer season, as not enough applicants were able to successfully complete lifeguard training and testing.

After the announcement that the 2020 Pahrump Community Pool season had been scrapped because of a lack of staffing applicants and the subsequent push to get more locals to apply for one one of the open positions that followed, the town of Pahrump was hoping that this year’s pool season would be saved.

However, despite the success of the second effort toward obtaining applicants, not enough of those who applied were able to hold up to the required testing and training so, the closure of the pool this summer is now official.

That’s right, the valley’s community swimming pool will not open this summer and residents will have to find their own ways of cooling off in the sizzling summer heat.

The town originally announced that the pool season had been called off on Friday, June 5 and the response from the community was immediate.

Residents started taking to social media with outcries of frustration and disappointment, leading the town to reconsider its decision.

Just three days after the initial announcement had been made on June 8, the town then notified the public that it was going to give the application process one more try, allowing for an additional week for those interested to get their applications submitted.

The town even lowered the age limit for a pool staffer from 16 to 15 years old, all in an attempt to drive more potential employees its way.

By the end of that push for applicants, there were more than enough people to fill the required staffing positions, which consisted of 17 lifeguards and three cashiers.

However, the number of applicants was instantly whittled down after the first swim test was conducted, with just 23 of the original applicants making the cut.

This was followed by even more dwindling of applicants, as explained in the final closure announcement from the town.

“The town of Pahrump is sad to announce the cancellation of the 2020 season at the Pahrump Community Pool,” a news release issued Thursday, July 2 stated.

“The town received approximately 45 applications for lifeguards by June 12 but the candidates were down to 23 after the initial swim test the following week,” the news release explained.

“Nine potential lifeguards remain after two weeks of Red Cross-certified lifeguard training and a final swim test, and before results of the final written test and further Human Resources screening. This number is well below the 17 needed to operate the pool safely. We look forward to serving you at the community pool in 2021.”