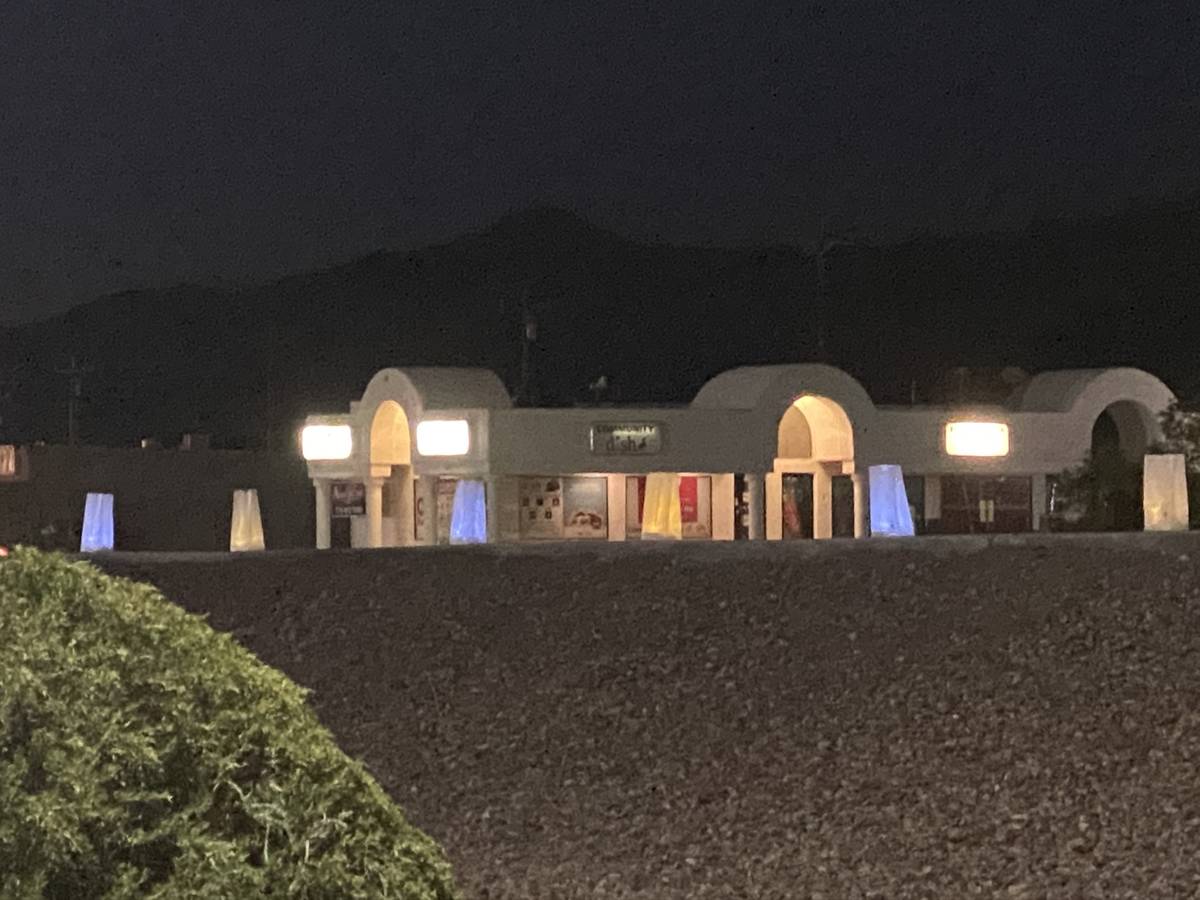 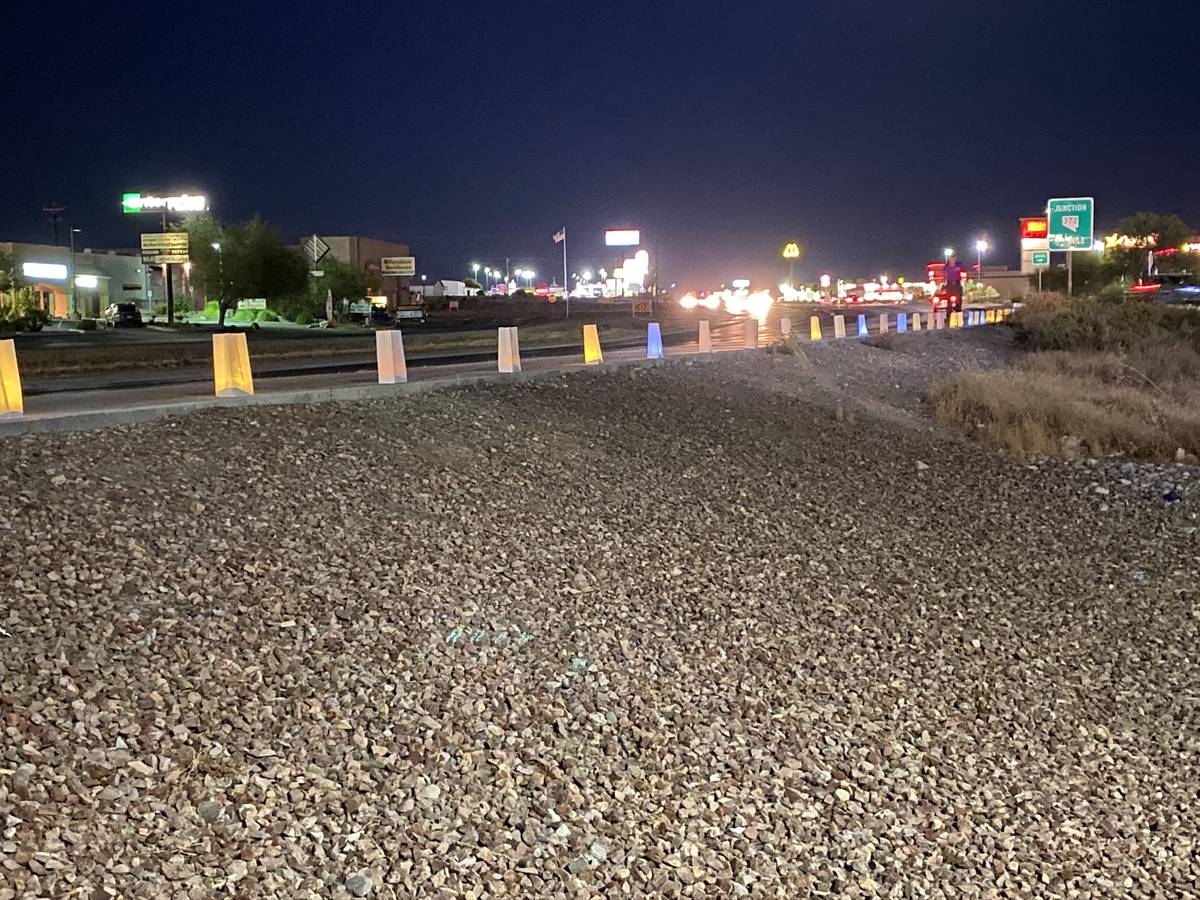 Jeffrey Meehan/Pahrump Valley Times The American Cancer Society hosted an event that illuminated Highway 160 on Aug. 1. Area residents purchased luminaria bags in remembrance of lost loved ones along the highway. 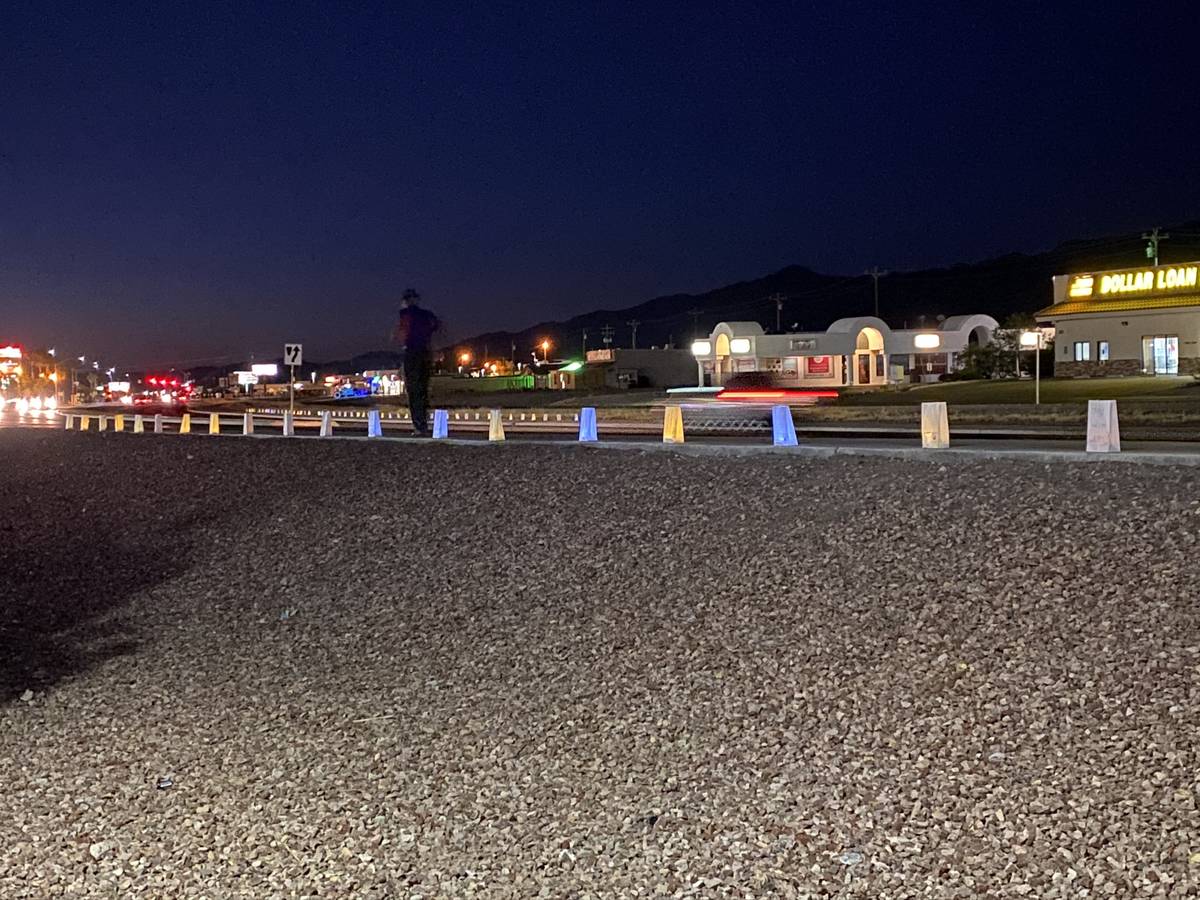 Jeffrey Meehan/Pahrump Valley Times Area residents walk along Highway 160 alongside a long row of luminaria bags, placed by area residents in remembrance of lost loved ones. The American Cancer Society hosted the event on Aug. 1.

As such, Community Development Manager Shannon Moore said rather than hosting the event at the Petrack Park venue, the organization held dual Luminaria ceremonies in Las Vegas and in Pahrump on Saturday, Aug. 1.

The Relay for Life event is the main annual fundraiser for the American Cancer Society, where individuals can purchase luminary bags in memory of someone who died from cancer, as well as make donations.

“One was in Las Vegas at the College of Southern Nevada Charleston Campus, and we had one here on Highway 160 in front of Walmart, almost down to Basin Avenue,” Moore said. “We did have a few people walk down the sidewalk, take pictures and thanked us for the event, and that really made me happy. We had one woman who handed us a donation directly out of her birthday card. She basically handed me her birthday money, because she thought it was such a good cause. I thought that was the sweetest thing ever. That’s a very Pahrump thing,” she added.

Moore also said she’s noticed a drop in attendance numbers and fundraising when compared to past years.

“We have lost our Relay for Life event here in Pahrump because it merged, so all of the smaller events merged and it became Relay for Life of Southern Nevada,” she said. “We do have some Pahrump people that participate, but not nearly as many that used to participate. Pahrump used to bring in approximately $40,000 and have 700 participants. The goal for Pahrump really was to bring about some awareness. I wanted to bring about awareness here in Pahrump, that the American Cancer Society is still here and we are attacking cancer even through the COVID-19 outbreak.”

Additionally, Moore spoke of another American Cancer Society event coming up on Saturday.

“We are leading up for our Relay for Life event, which is taking place on August 15th,” she said. “This event coming up is going to be our relay and we are still fundraising, and we would like to invite everyone in Pahrump to this event because it’s virtual and they can watch it online. They don’t even have to travel anywhere, so they can be a part of it. We had to shift gears because our relay was always in April, but due to the virus, which wiped out the American Cancer Society’s entire relay season, we had to switch to a virtual platform for August 15th so we are having our virtual event from 8 a.m. to noon.”

For additional information on the American Cancer Society and the Relay for Life event, call Moore at 702-891-9022, or log on to www.relayforlife.org/snv