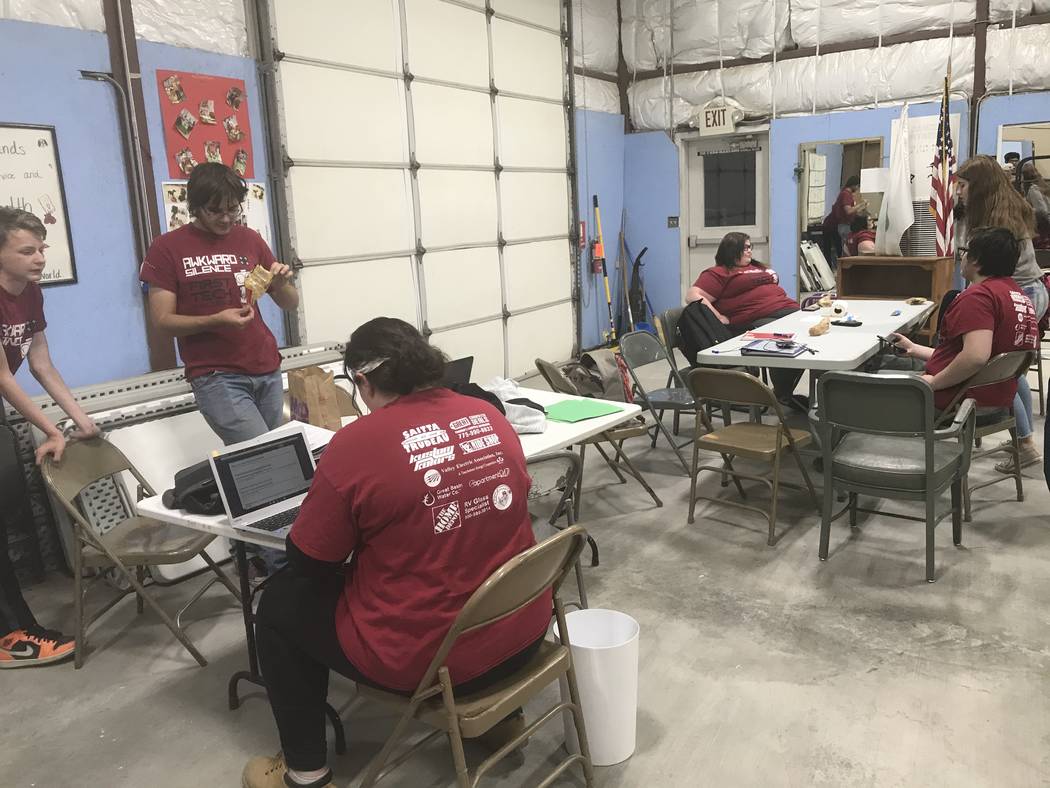 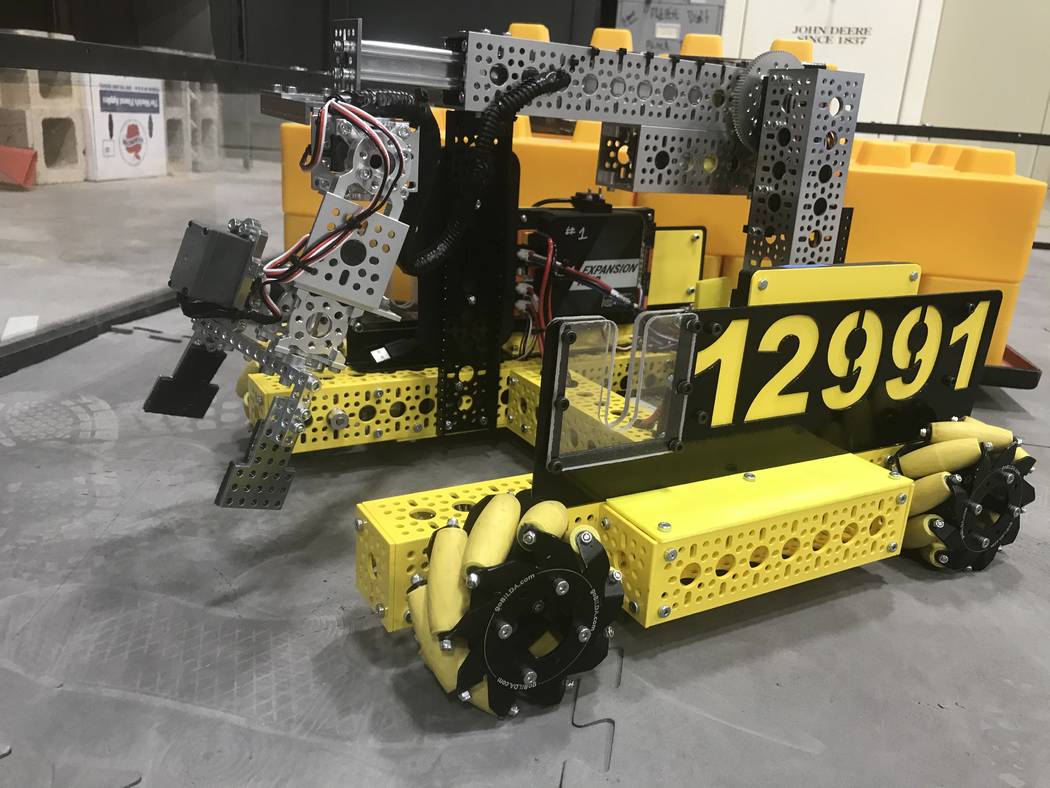 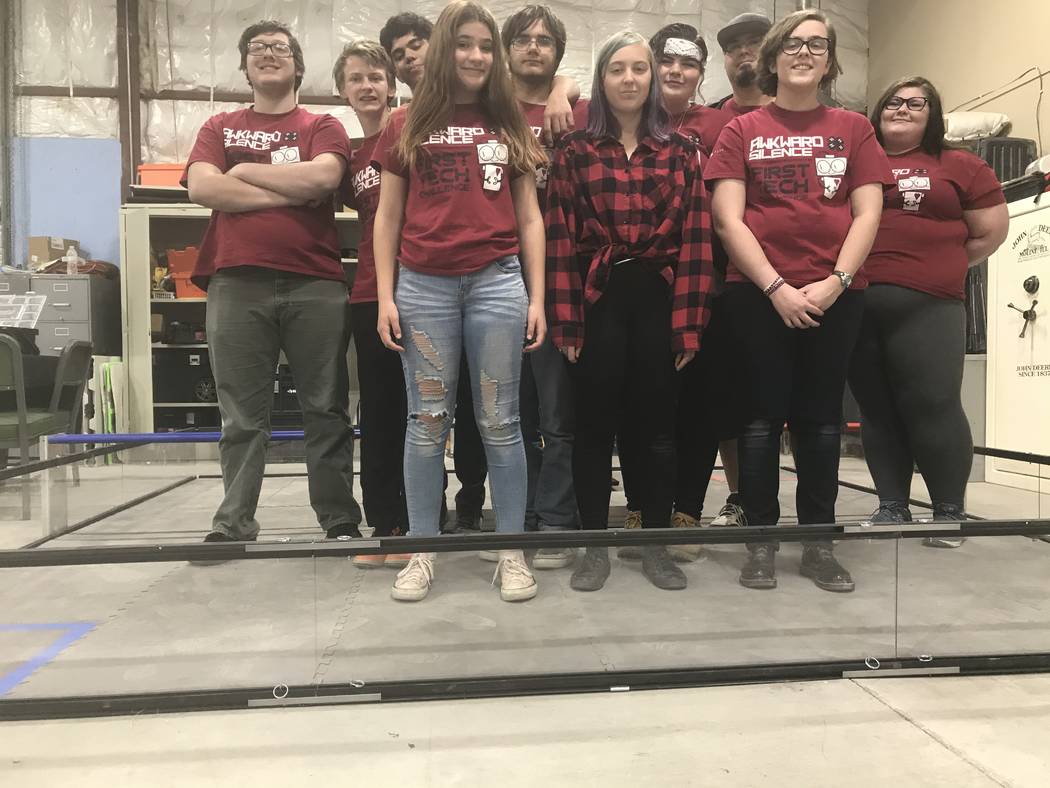 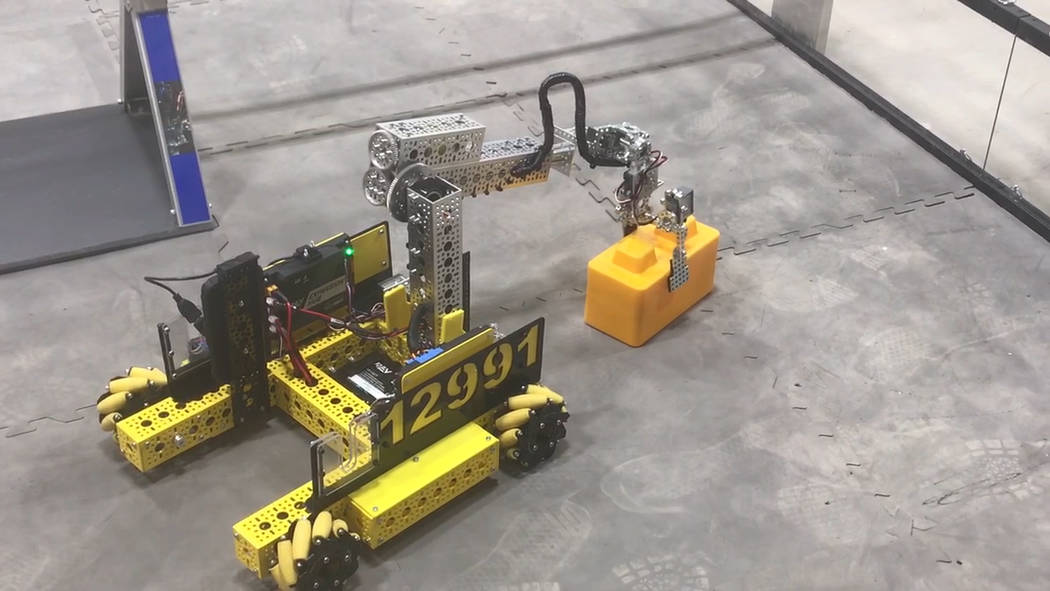 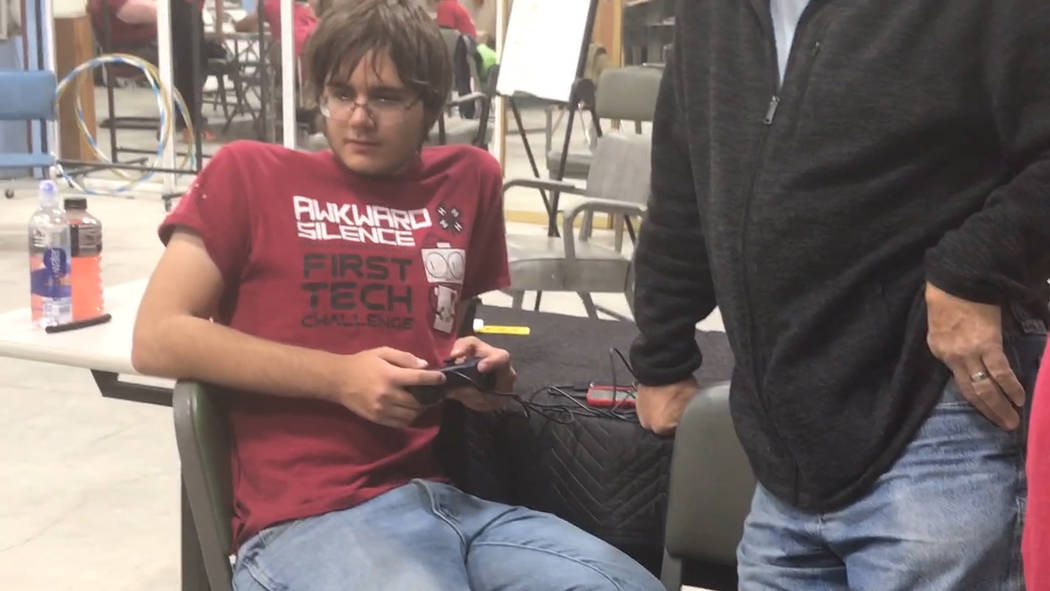 A Pahrump area robotics team is riding high for the 2019-20 season.

Awkward Silence, a Pahrump Southern Nye County 4-H robotics team, is sitting at the upper ranks of the leader board in the state for its efforts in the FIRST (For Inspiration and Recognition of Science and Technology) Tech Challenge program.

Jennifer Woeger-Riendeau, who coaches Awkward Silence with her husband, Jason Riendeau, said the team moved up to the top spot in the state against roughly two dozen teams after a meet-play in mid-December in Pahrump.

That meet-play was held at Pahrump Valley High School, where Awkward Silence squared off with Pahrump teams such as the Pahrump high school’s Circuit Breaker team and teams from neighboring Clark County and others.

Awkward Silence is gearing up for the next meeting in mid-January and the FIRST Tech Challenge Nevada State Championship, which will be held in Sparks in February.

Awkward Silence is gearing up for the challenge with a new robot this year, one that comes with a higher price tag but is also of higher quality. The team purchased a kit from a company named goBilda.

“We went with the goBilda motors this time, and they’re much stronger, all of the reviews on them are much stronger,” Woeger-Riendeau said. “We haven’t had any issues with the motors at all this year.”

The robotics season usually gets going around September. According to Woeger-Riendeau, in a late November interview, at the same time a year earlier, they would have gone through two motors already with the approved kit the team had purchased for the 2018-19 season.

The team worked hard on getting things ready for the 2019-20 season, starting efforts in June.

“We built the original chassis with the motors in June and just programmed it to drive around,” said Zoe King, Awkward Silence teammate.

Things like the robot’s arm, programming efforts, and side mounts and other things were done after the season kicked off in September, according to King.

Awkward Silence has been working on raising funds for traveling expenses for the trip to the state competition in Sparks, along with funding for their equipment.

“We started early in the summer with car washes, bake sales, different stuff like that,” Woeger-Riendeau said.

The team also put together a haunted house to raise funds on Halloween.

The Circuit Breakers from Pahrump Valley High School came out strong during the 2018-19 season. The team went all the way to the end with the winning alliance in the statewide championship in Las Vegas.

Woeger-Riendeau said she is going to be seeking new recruits for Awkward Silence next year, though this year is filled up.

Awkward Silence has three seniors and four juniors in high school this year. The FIRST Tech Challenge is for kids ages 12-18 (7-12th graders), so some of the kids on the team will age out next year.

Woeger-Riendeau said she will be seeking two or three more ninth and tenth graders “to try and extend the life of the team.”

For more information on Awkward Silence or to find out how to assist in their efforts, visit www.facebook.com/Awkward.Silence.12991

Nonprofit FIRST Nevada, an organization behind several robotics competitions for youth in the state, is behind the FIRST Tech Challenge. Pahrump 4-H and multiple schools in the Nye County School District participate in the programs and competitions.