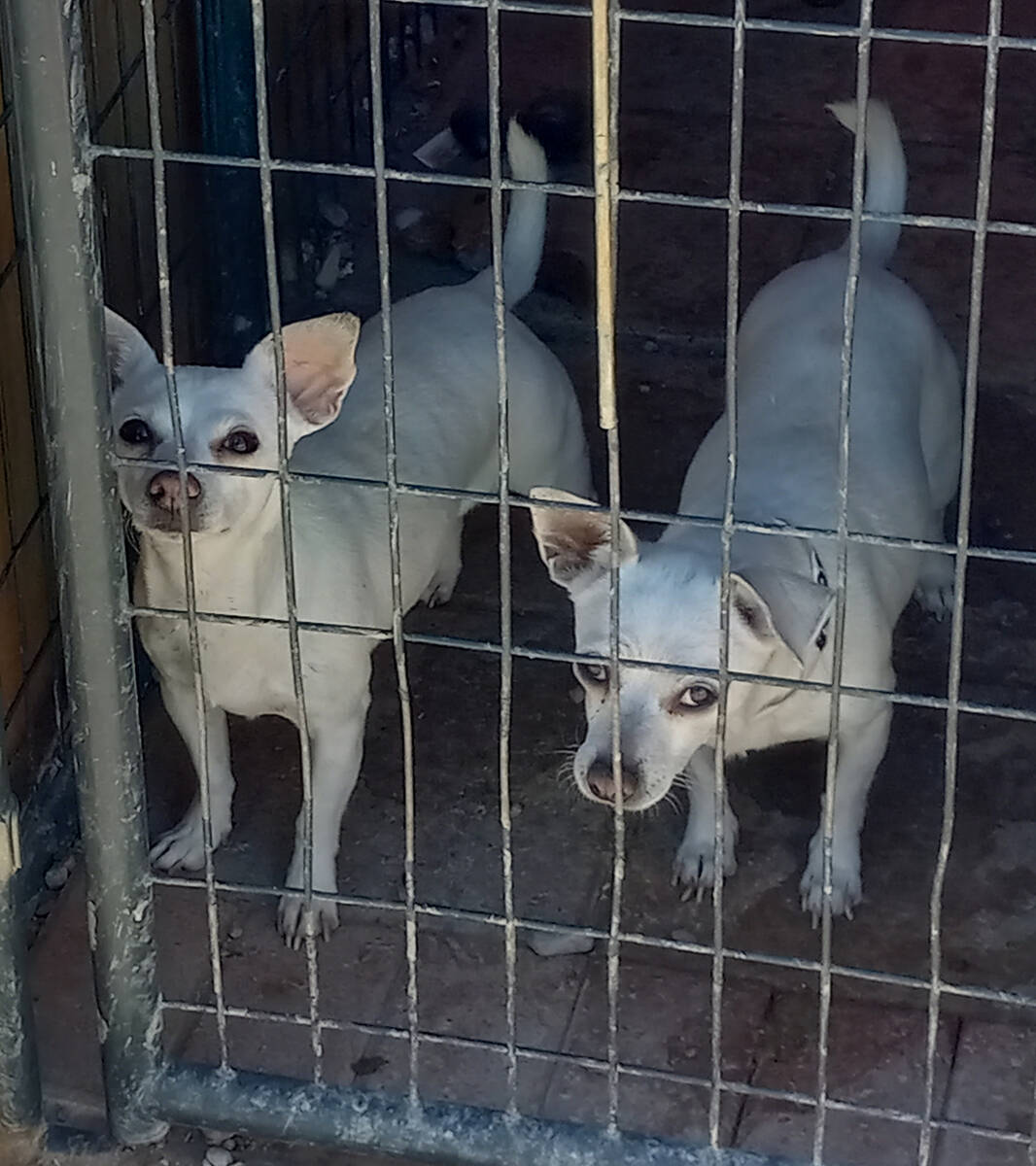 Although the facility is at near capacity, the Never Forgotten Animal Society managed to take in several chihuahuas rescued from a hoarder in California. The dogs are awaiting adoption. (Selwyn Harris/Pahrump Valley Times)

Pahrump’s Never Forgotten Animal Society has taken in 20 chihuahuas at its already overcrowded shelter from a hoarder in Riverside County, Calif., and other shelters and individuals in the area are working to rehome additional dogs that were rescued.

“I was told it was 20 at first, but when our driver came back, it was 32,” Executive Director Pat Leming said. “We could help out so we agreed to take 20 of them, and we put the call out to some of the other rescues.”

PAWS and Forgotten Friends took in 10 of the dogs, Leming said.

Leming lauded the efforts of her volunteers and Crystal Mollison, the kennel manager who worked to receive the chihuahuas at the facility.

“I couldn’t get in early enough to help her,” Leming said. “They unloaded and got them settled, watered and fed. It just amazes me and we were able to get them all processed. You learn to become a juggler and you do the best you can with what you’ve got.”

Several of the chihuahuas are awaiting homes, said Leming, who spoke about the nonprofit’s guidelines to accept pets.

She noted that animals received at the facility must be in good health.

“We don’t want health or teeth issues, because we’re not funded by anybody,” she said. “And those are kind of hard expenses for us to take on.”

Animals also must be under five years old.

For additional information on events and donations supporting the Never Forgotten Animal Society, call 775-537-8674, or log on to www.neverforgottenanimalsociety.com.