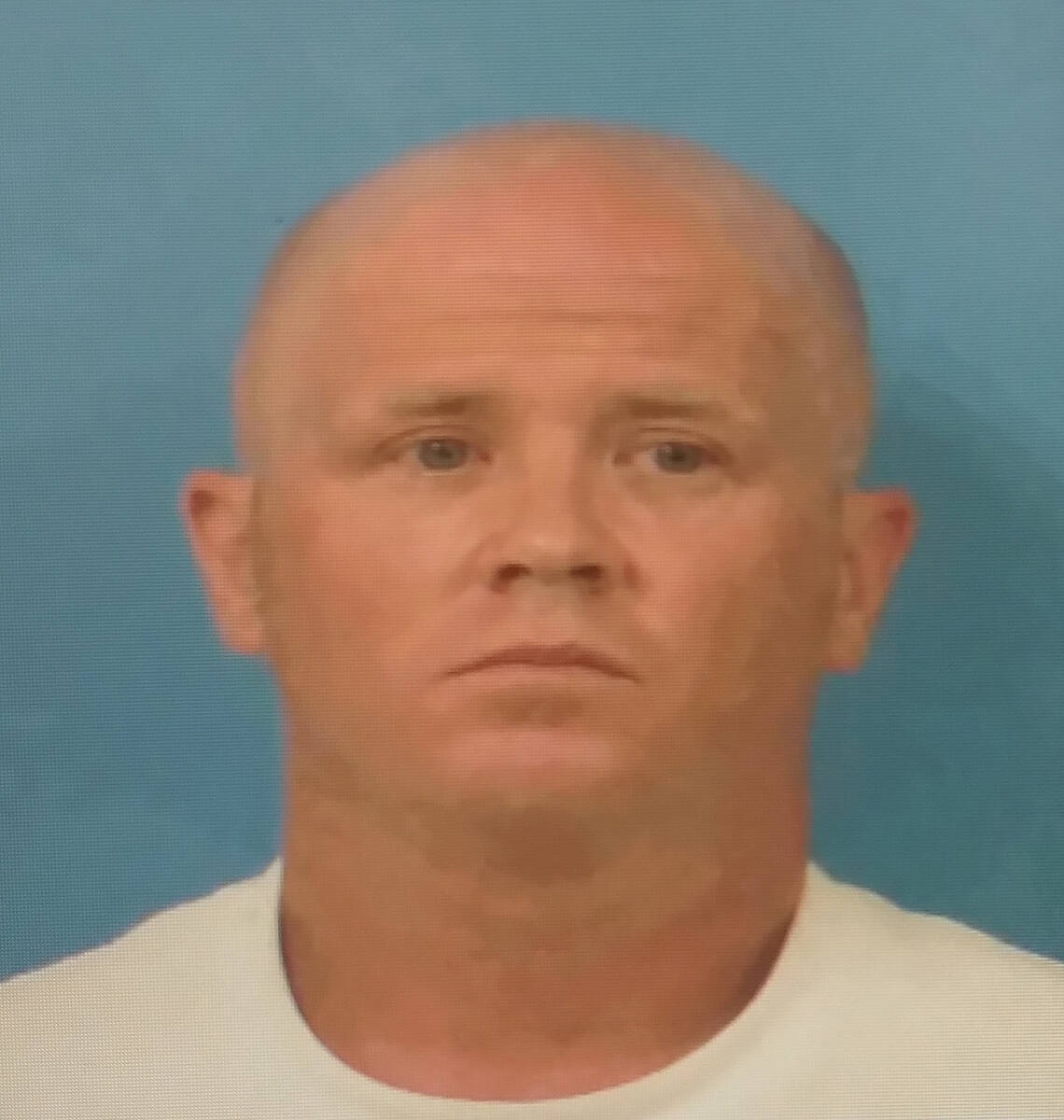 The incident occurred just before midnight on Monday, Sept. 6, when Nye County Sheriff’s Office Investigator Eric Anderson initiated the stop after the driver of a pickup truck failed to come to a complete stop at the intersection of Linda Street and Wilson Road, according to an arrest report.

“In the area of Linda Street and Highway 372, I conducted a traffic stop on the truck, where I made contact with the driver, whom I recognized from previous narcotics investigations as Robert Thorniley,” Anderson’s report stated.

“I asked Robert to step out of the truck, and Robert complied with my request. As Robert was walking back to the front of my vehicle, he produced a set of brass knuckles and tossed them into the bed of his truck.”

Once Thorniley was detained, Anderson asked whether there was anything else in the truck.

“He advised there were a couple of “rigs” and a black pouch containing what he thought to be Xanax,” Anderson noted.

The report went on to state that while searching the vehicle, Anderson located at least three hypodermic devices containing a clear liquid in a console under the radio.

“In the back of the floorboard of the truck, I also located a small black pouch containing numerous blue and peach-colored pills,”

Anderson’s report noted. “From previous narcotics investigations, I recognized the blue-colored pills to be Alprazolam.”

“Robert was transported to the Nye County Detention Center,” according to information in the arrest report.