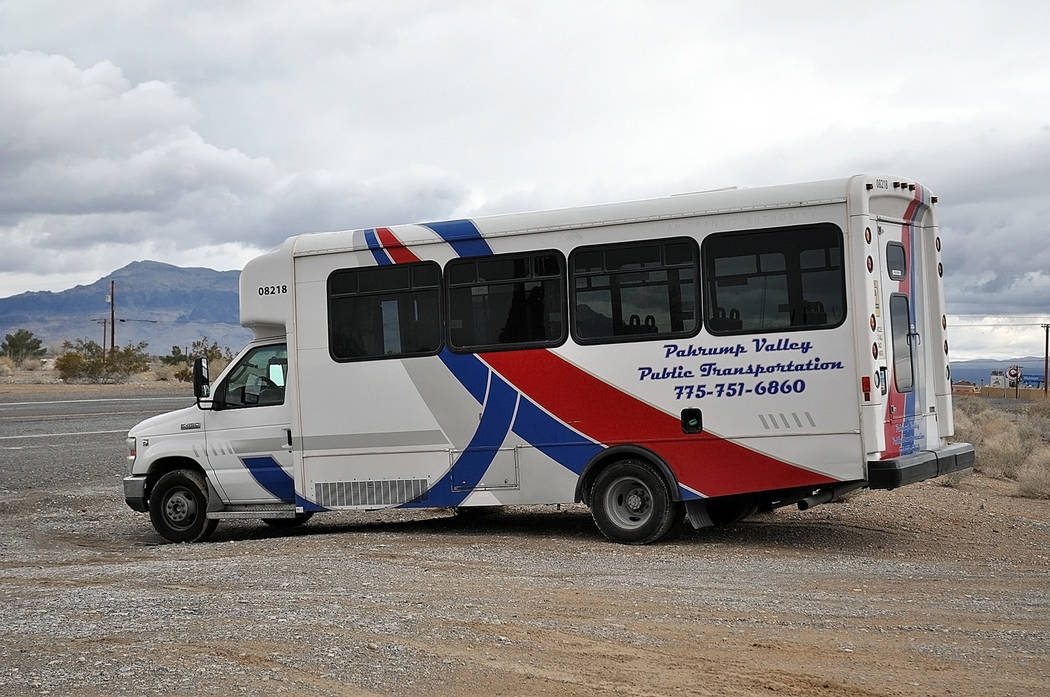 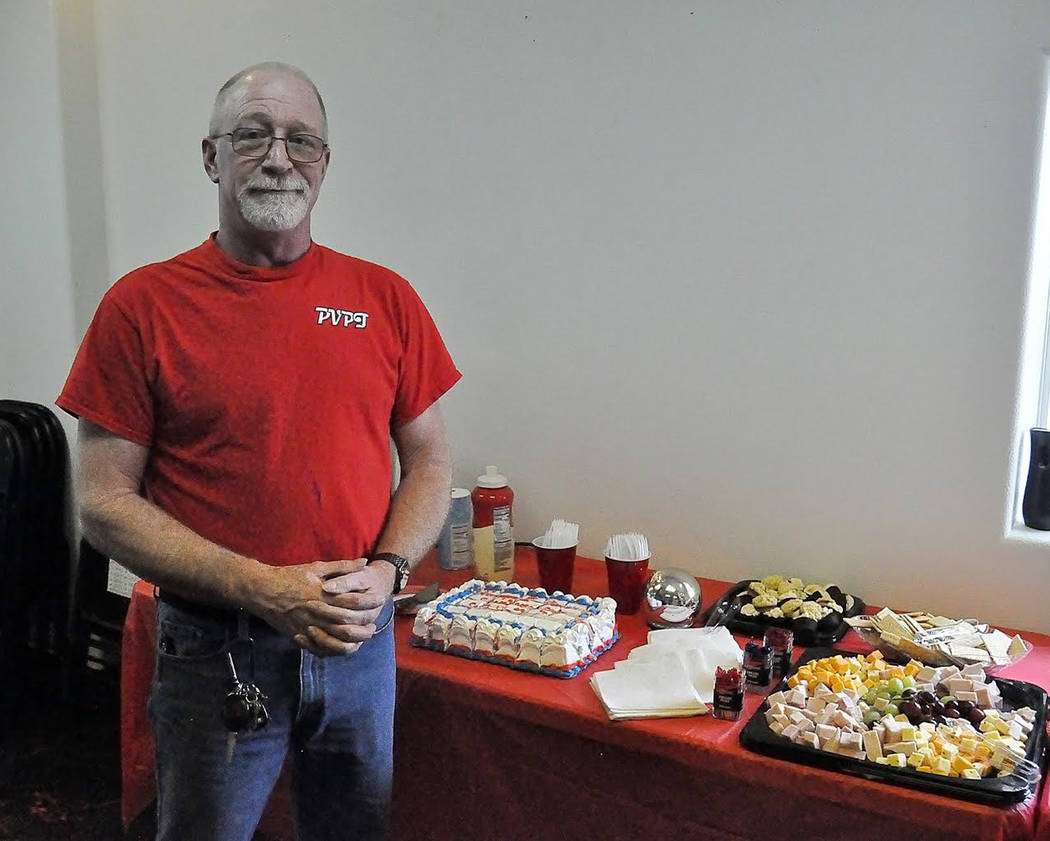 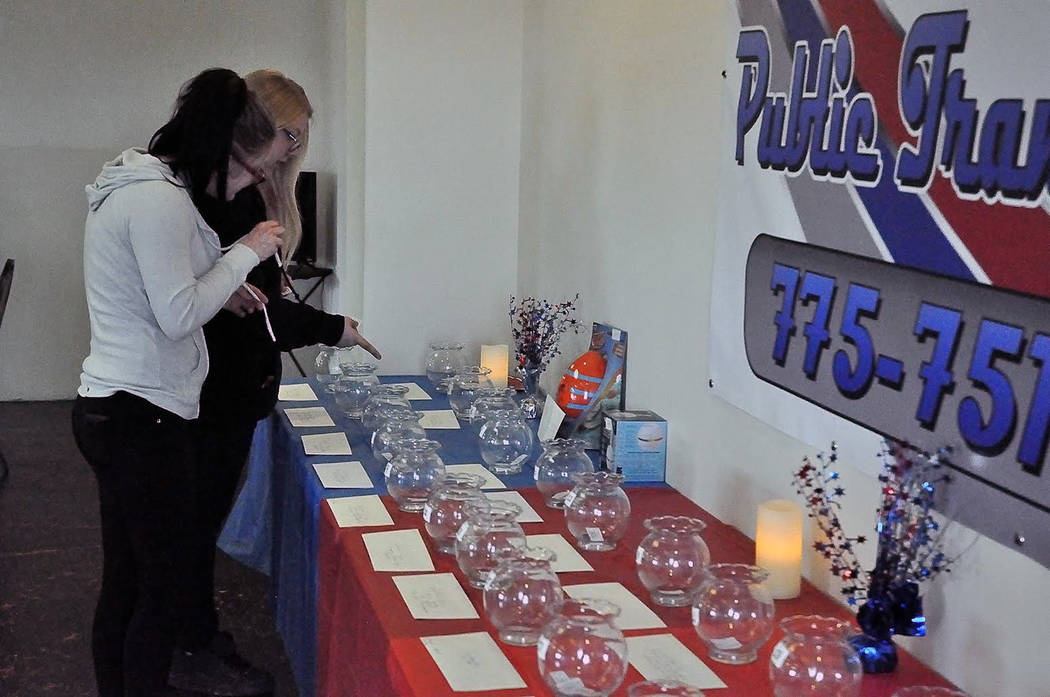 It was a long time coming but Pahrump Valley Public Transportation is now well established and rolling, with organization officials and members of the public celebrating the anniversary of the first year of full operations on Saturday, March 2.

It is a big milestone for the local transit system and Pahrump Valley Public Transportation Supervisor Eric Whalen was obviously pleased with the birthday festivities.

“Everything went very well, despite the weather. We did have a good turnout, a lot of public support and people are happy to see us in production,” Whalen told the Pahrump Valley Times. “We are extremely happy, we couldn’t be more pleased.”

The transit system, PVPT as it has been dubbed, is a demand response system in which riders schedule transportation in advance and are then picked up from their location and taken to their destination of choice.

The service has been fully operational since late February 2018 and in that time, it has provided thousands upon thousands of rides to area residents, for medical purposes, shopping, socialization, employment, education and much more. The service began with just weekday operation but demand prompted an expansion into weekends as well and the PVPT has even grown to include transportation to Las Vegas.

Of course, with such a high amount of demand come some challenges as well.

Whalen said it was important for the community to know that the staff at the PVPT is working diligently to catch up with the wave of popularity.

“Our ridership keeps going up and up and we are doing everything we can to keep up with it, but that is all based on money,” Whalen explained.

The more funding that the service has, the better it will be able to serve the community, Whalen detailed. The system operates on grant funding and contributions from the community, with Whalen noting, “Obviously donations of any kind, directly from businesses or personal donations from individuals, can always help. And ridership, from those who do not have to pay, the 60 and over crowd, donations are deeply appreciated.”

Outside of monetary donations, Whalen said there is another way that locals can help bolster the PVPT. “We are coming up on our next grant cycle and any show of public support would be greatly appreciated,” he said. Letters of support are an easy way for residents and area businesses to express their backing for the service. Anyone willing to provide a letter of support is encouraged to do so. The deadline for those letters is Monday, April 15.

“And we do have some possible plans of expansion this year, to accommodate more and more passengers and reduce our denial rate, as well as to reduce the lead time for getting reservations. We are hoping to get that down to two days at the maximum,” Whalen stated. “The Regional Transportation Commission has been a great help in helping us get newer vehicles. They helped us last year with the two Dodge Grand Caravans and they are continuing their support this year so things are looking good for newer vehicles and better service. With the expansion of the town, the things that are happening at Spring Mountain Raceway, all the developers that are popping up houses left and right, the town is growing and we need to meet that demand.”

For more information, including pricing and hours of operation, visit www.pahrumpseniorcenter.org or the PVPT’s Facebook page. The service can also be reached at 775-751-6860 or 775-727-2030.