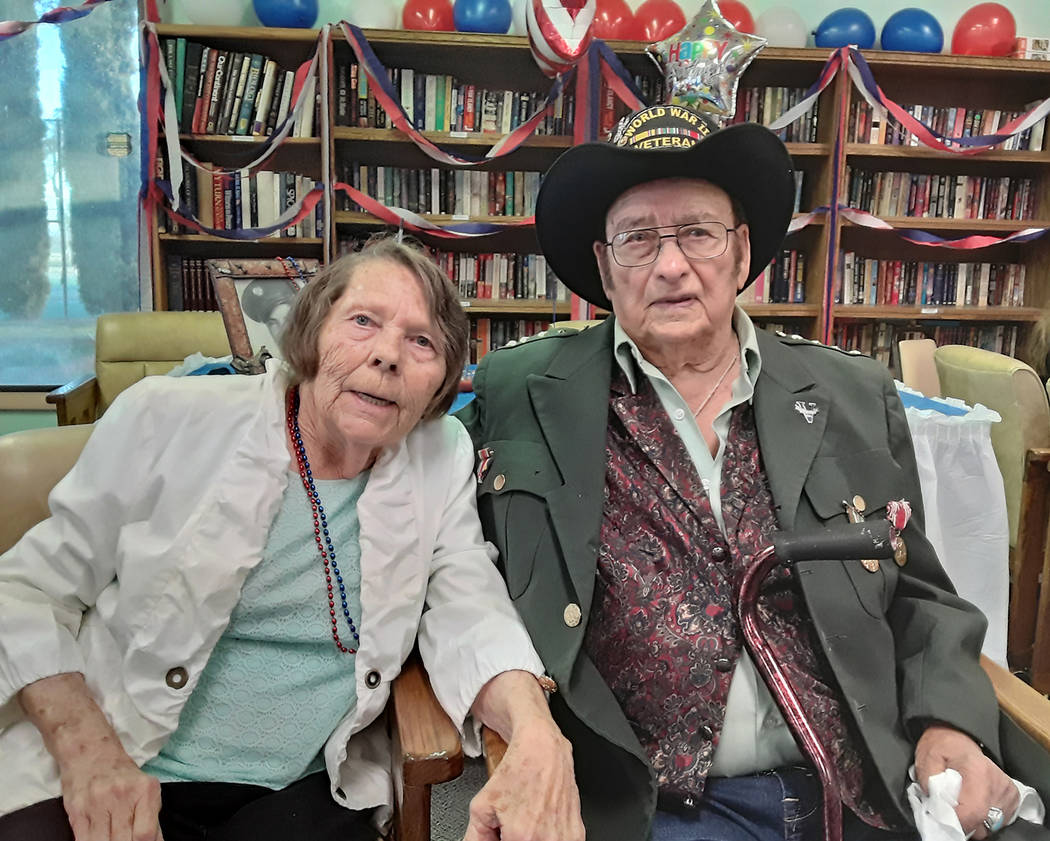 Selwyn Harris/Pahrump Valley Times Donning a U.S. Army Stetson cover and uniform, Desidero Trujillo is joined by his wife Helene at his birthday party this month. Trujillo turned 100 years-old on Feb 16. During his time in the military, he earned four Bronze Star Service Medals. 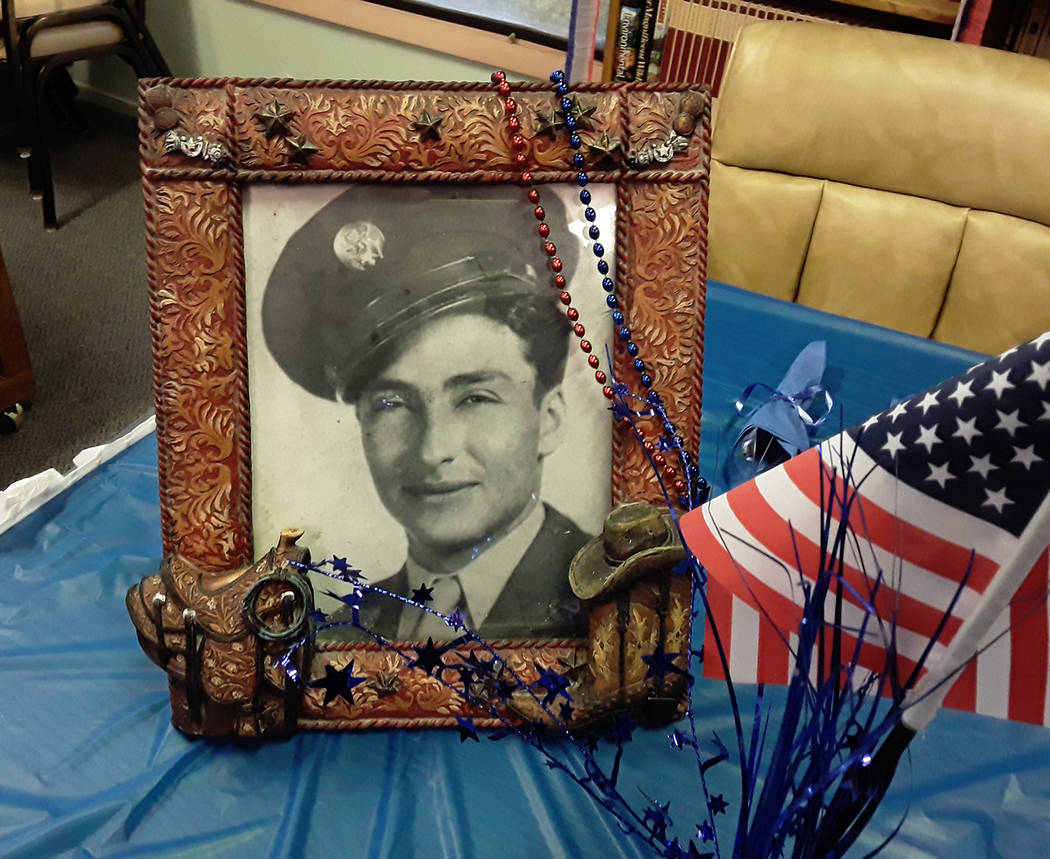 Selwyn Harris/Pahrump Valley Times Trujillo served in five major battles during World War II, where he was assigned to a field artillery unit and later as a Forward Observer.

Family and friends gathered at the Comstock Park Recreation Club to celebrate a milestone for a local veteran this month.

Trujillo, a veteran of World War II, earned four Bronze Star service medals during his time in the U.S. Army, where he served in Normandy France, Germany and Luxembourg.

“I served in five major battles during World War II, where I was in the field artillery, and then they sent me in as a forward observer,” Trujillo said. “That’s where you really fought right on the front lines. There was a time where we had about 25 German soldiers lined up with their hands up.”

Trujillo also said that he earned the nickname “Bulletproof” during his time in battle.

“My helmet saved me once,” he recalled. “We were crawling at night and we couldn’t see anything. I was just following the wire. We landed on Utah Beach and started fighting there. Normandy was terrible. The only advice that I have for someone who is just starting out in the Army is, don’t be afraid. War is horrible and I think we should try to always avoid going to war. It costs many lives and a lot of money.”

For his service, Trujillo recently received certificates of recognition from Nevada Governor Steve Sisolak, the State of Nevada Department of Veterans Services, the Nye County Board of Commissioners, the Disabled American Veterans Chapter 15 in Pahrump, and the local Veterans Memorial Advisory Committee.