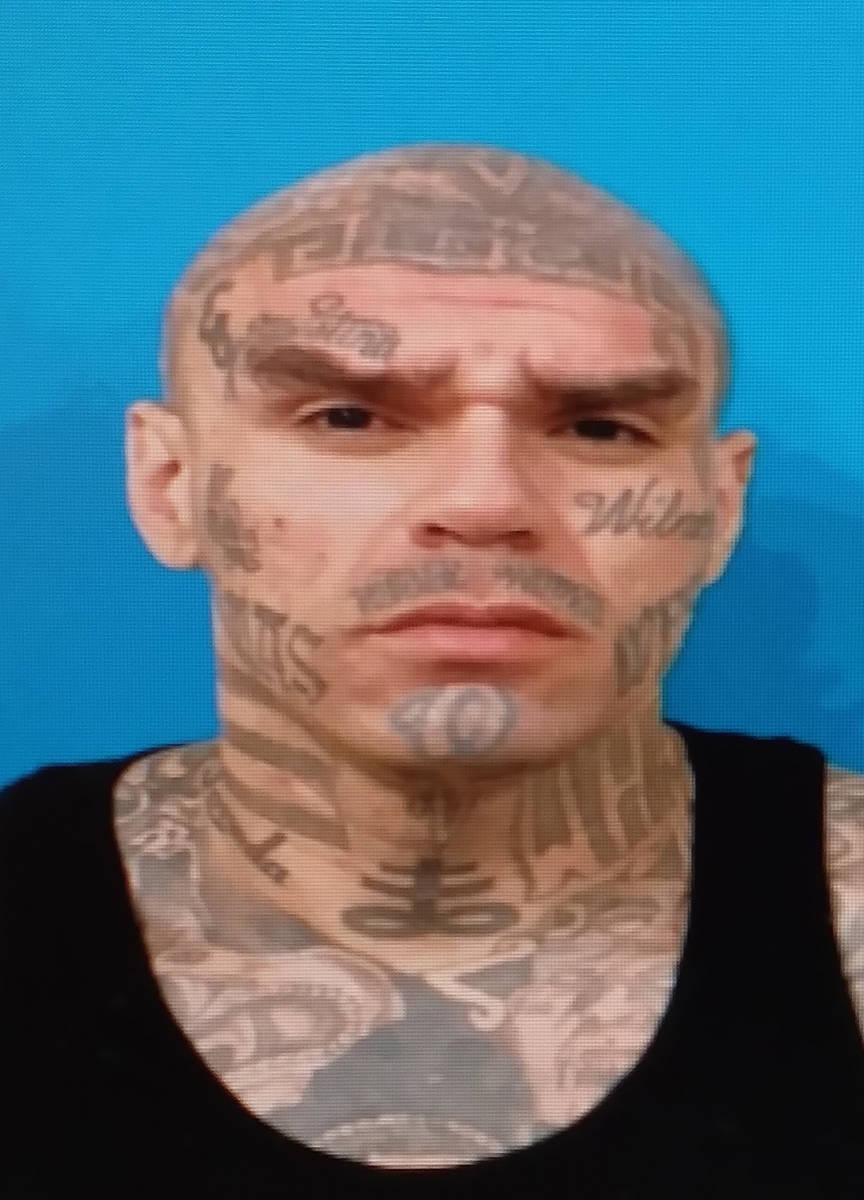 A brief standoff occurred between Nye County Sheriff’s Office deputies and an armed convicted felon, who was eventually taken into custody.

As stated in a sheriff’s office arrest report, on July 8, Detective Sgt. Cory Fowles took a report from a woman who alleged that her former boyfriend, identified as Michael Rodriguez, walked into her home with a handgun and leveled the weapon at her, while at the same time, not letting her leave the residence for more than 24 hours.

The woman, according to Fowles’ report, stated that she met Rodriguez while he was incarcerated in the California prison system.

“The woman stated that Rodriguez was a convicted felon and said to me that he showed up at her residence with a handgun and pointed it at her,” according to the report. “Rodriguez told her that the cops were looking for him in California and that he did not want to go back to prison.”

Further, the report noted that that the victim admitted to having sex with Rodriguez twice, but she did not want him prosecuted for sexual assault.

“I noticed bruising around her neck, to which she stated that the bruising were ‘hickeys’,” Fowles stated in the report. “The victim described the firearm as a handgun with a silver top and black handle. She gave me consent to enter her residence, remove Rodriguez and search for the handgun. She told me that she wanted Rodriguez out of her house and out of her life.”

The report went on to state that once Fowles entered the residence, Rodriguez initially refused to surrender.

“Eventually he complied and came out and was arrested,” Fowles’ report stated. “After I advised him of his Miranda rights, Rodriguez confessed to coming to the residence and having a gun in his possession. He told me that he was a felon, having served time in the California prison system. His interstate identification index indicated that Rodriguez is a convicted felon. Rodriguez told me he had sex with the victim last night, corroborating her statement.”

During a consensual search, Fowles eventually located the firearm described to him by the victim.

As a result of his alleged crimes, Rodriguez was transported to the Nye County Detention Center where he is being held on a $25,000 bail, according to the detention center.