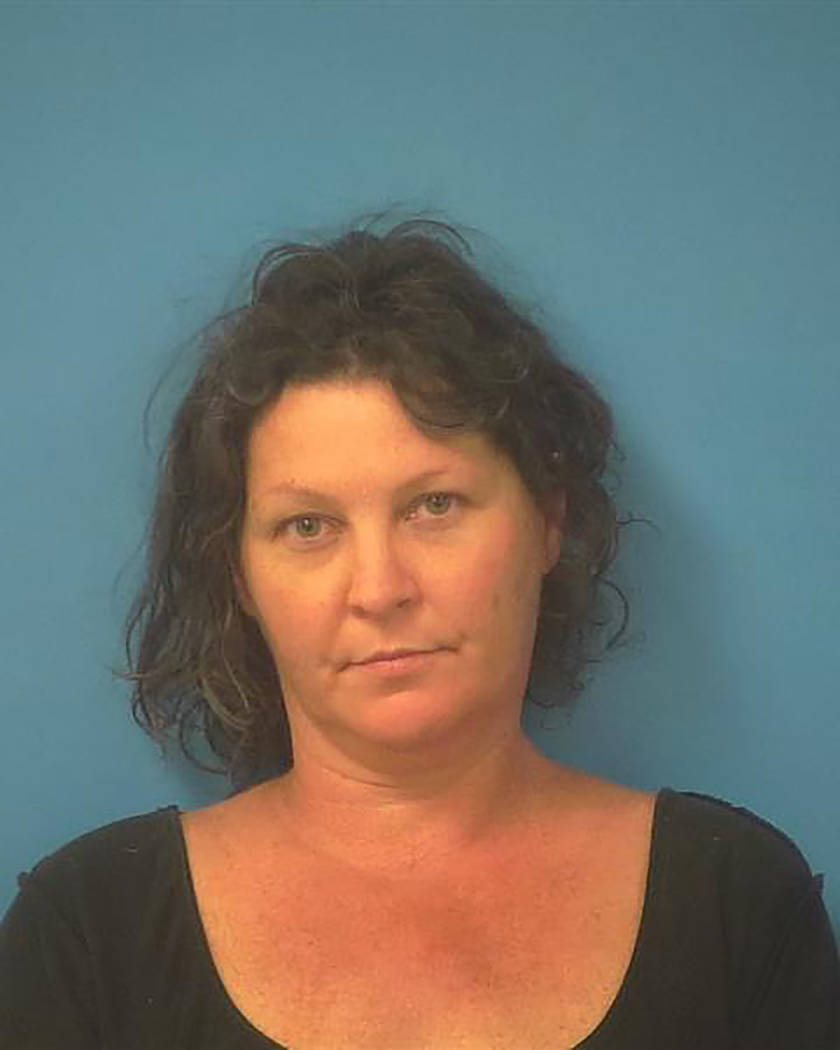 Special to the Pahrump Valley Times Pahrump resident Janell Ehry, 46, was taken into custody on Halloween night after attempting to flee from sheriff’s deputies during an alleged burglary at Highway 160 and Mesquite Avenue. Ehry was observed by deputies standing in the dark, attempting to hide behind a vehicle, before she was apprehended. 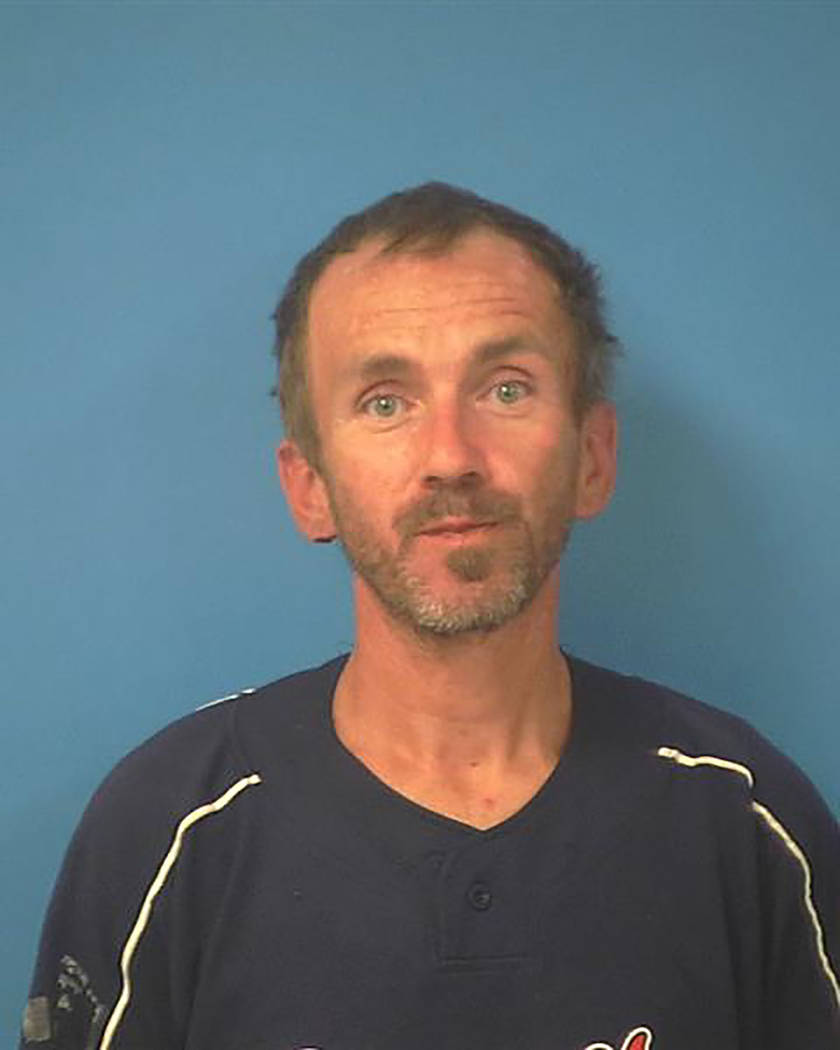 Special to the Pahrump Valley Times Nye County Sheriff’s deputies arrested Jamie Foster, 42, of Pahrump, after an eyewitness reported seeing two people moving items from a building located on a property at Highway 160 and Mesquite avenue, into an unoccupied suspicious vehicle.

“You can run, but you cannot hide,” was a lesson possibly learned by a local man and woman who allegedly conspired to commit an act of burglary on Halloween night.

A Nye County Sheriff’s Office news release detailed the incident, which occurred in the area of Highway 160 at Mesquite Avenue, just before 9:30 p.m. Oct. 31.

As stated in the release, sheriff’s deputies were dispatched to the location after an eyewitness reported seeing two people moving items from a building located on the property, into an unoccupied suspicious vehicle.

Upon arrival, deputies observed a woman standing in the dark, attempting to hide behind another vehicle.

The release went on to note the woman fled on foot when deputies instructed her to speak with them.

“Additional deputies arrived to assist and confirmed that someone had entered the vacant business building,” the release noted. “A thorough search of the building was conducted with the help of a K-9 deputy, and a man was found hiding in a room on an upstairs floor.”

That man was detained and subsequently identified as Foster.

As deputies continued their search for the woman, the release stated, her husband was located in the area looking for her, as she reportedly called him, claiming her car had broken down and she needed a ride home.

“The woman was eventually located hiding in the bushes at another nearby property in the 2000 block of North Blagg Street,” the release noted. “She was also detained and identified as Janell Ehry, of Pahrump. During the following investigation, it was determined that both individuals had entered the vacant business building with the intent to take items without permission from the owner.”

Both Foster and Ehry were placed into custody and booked into the Nye County Detention Center.

Both face charges of burglary and conspiracy to commit burglary.