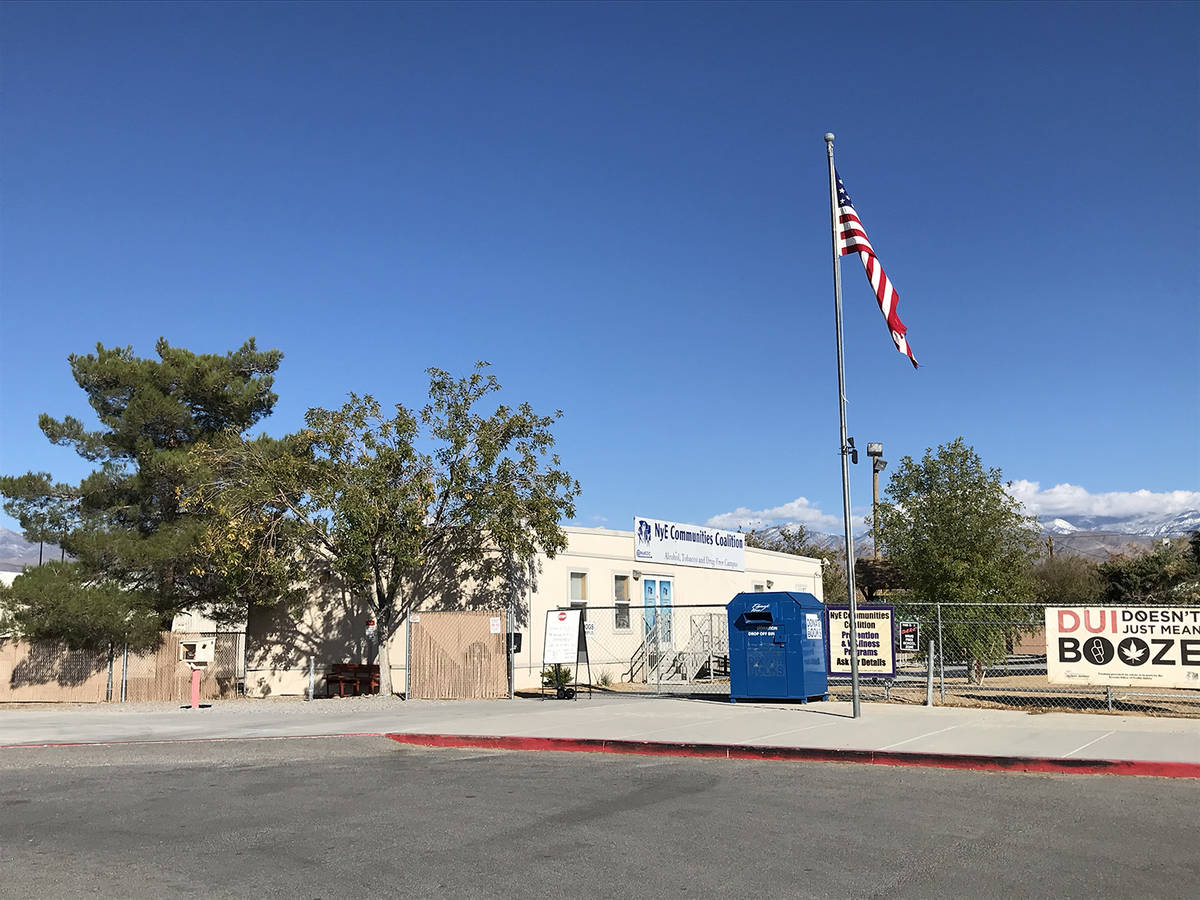 Robin Hebrock/Pahrump Valley Times For this year's community Thanksgiving event, the Pahrump Holiday Task Force will hand out free, pre-packaged holiday meals in front of the flagpole at the NyE Communities Coalition from 10 a.m. to 1:30 p.m. on Thanksgiving Day. 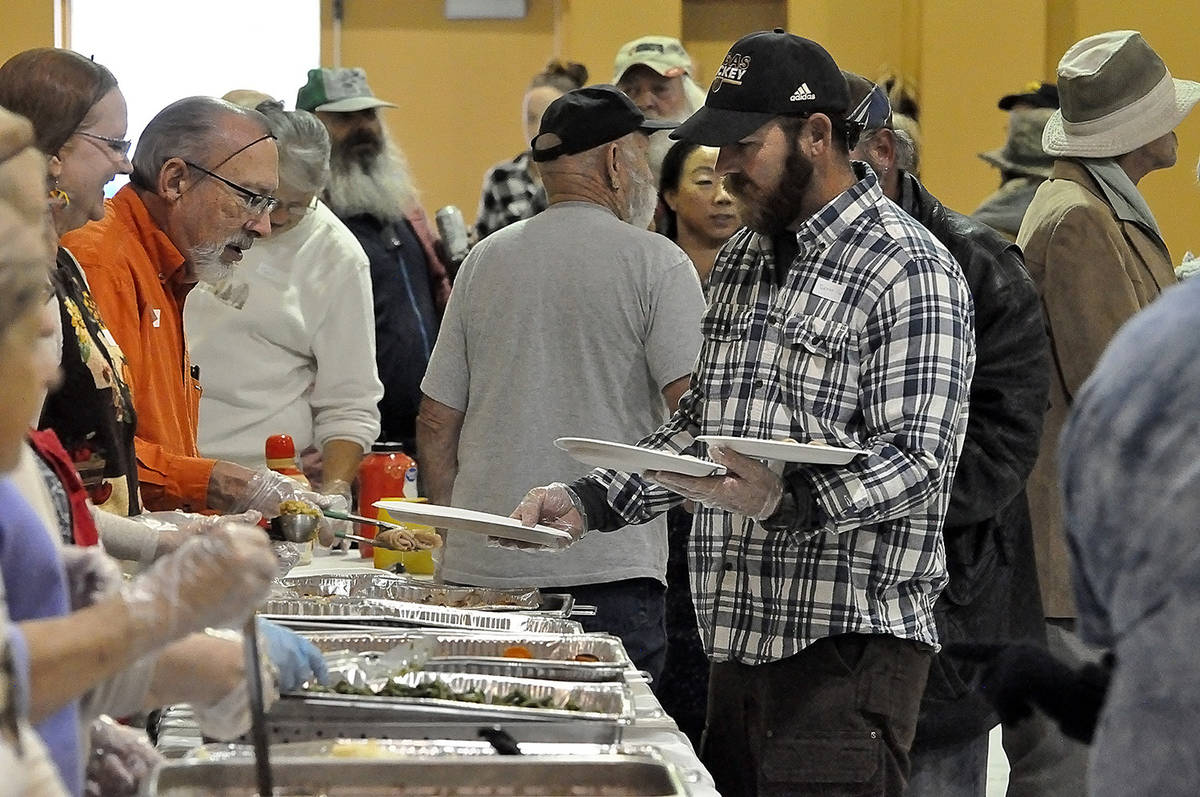 Horace Langford Jr./Pahrump Valley Times This file photo shows the scene at last year's community Thanksgiving event, which for 2020 has been changed to a pick-up only event to help avoid the risks associated with COVID-19.

The year 2020 has been quite a challenge, posing obstacles for practically any public event but despite the difficulties, the COVID-19 pandemic is not stopping the Pahrump Holiday Task Force in its mission to continue what has become a beloved annual tradition.

With just two weeks to go until Thanksgiving Day, the task force is hard at work preparing to bring the community its yearly Thanksgiving Dinner event, though there have been major changes made to ensure that the event can go on without presenting a possible health risk to the community.

The biggest difference residents need to note is the shift to a pick-up-only model. Rather than inviting the community to gather together in the NyE Communities Coalition Activities Center and take part in a communal meal, which would be problematic with social distancing requirements, the Pahrump Holiday Task Force Thanksgiving Dinner invites patrons to stop by the coalition’s campus on Thanksgiving Day to pick up and take home their free holiday meals.

Originally planning to prepare 500 meals for the 2020 event, the Pahrump Holiday Task Force recently decided that it would be prudent to up that figure and is now shooting to package a total of 750 meals, in the effort to make certain that all who drop by on Thanksgiving will be able to head home with free meals.

Of course, providing a complete Thanksgiving meal to hundreds of residents doesn’t come without cost and the Task Force could always use a hand with gathering the resources necessary to put the Thanksgiving Dinner together. At this time, Task Force chair Linda Wright said the committee is seeking both food and monetary donations.

The Pahrump Holiday Task Force Thanksgiving Dinner will take place on Thursday, Nov. 26 at the NyE Communities Coalition, 1020 E. Wilson Road. Task Force committee members will be set up near the flagpole and the community can head out to pick up their personal feast any time between 10 a.m. and 1:30 p.m. Meals will be pre-packaged and will include turkey along with tradition Thanksgiving side dishes.

As a side note, Wright also informed the committee that the though the Disabled American Veterans Chapter #15 and its auxiliary would not be able to take part by serving veterans during what would traditionally be a sit-down type of event, those groups would still be working to honor veterans this year and will be on site for the meal distribution on Thanksgiving Day.

When changes to grant funding that helped support the original task force’s operations resulted in an end to the committee, a group of local organizations, churches and individuals banded together to ensure that it would live on and keep bringing its annual events to the community.

The New Holiday Task Force, since renamed the Pahrump Holiday Task Force, was then formed under the wing of temporary parent organization Heritage Bible Church, which will continue in that capacity until the task force’s application to become its own nonprofit is complete.

For more information or to donate to the Pahrump Holiday Task Force contact Wright at Wright.la.vfw@gmail.com