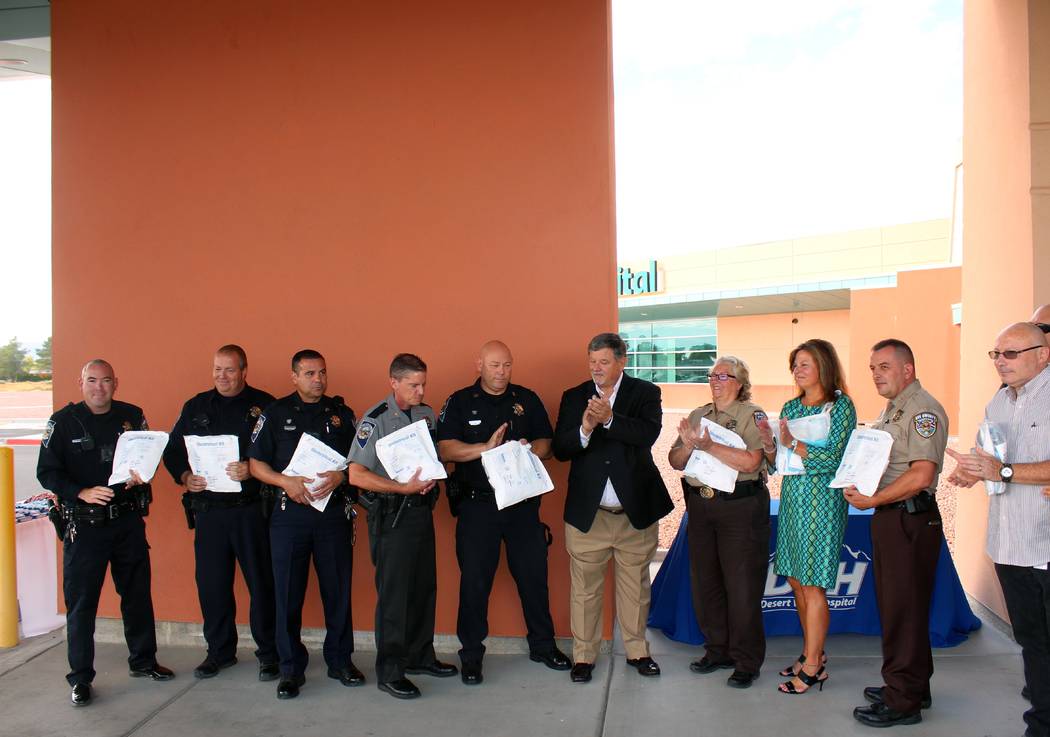 Jeffrey Meehan/Pahrump Valley Times Assemblyman James Oscarson was the key speaker on Sept. 13, 2017 at a gathering at Desert View Hospital. Oscarson announced the donation of 10 OB emergency birth kits and medical training services for members of the Nevada Highway Patrol. 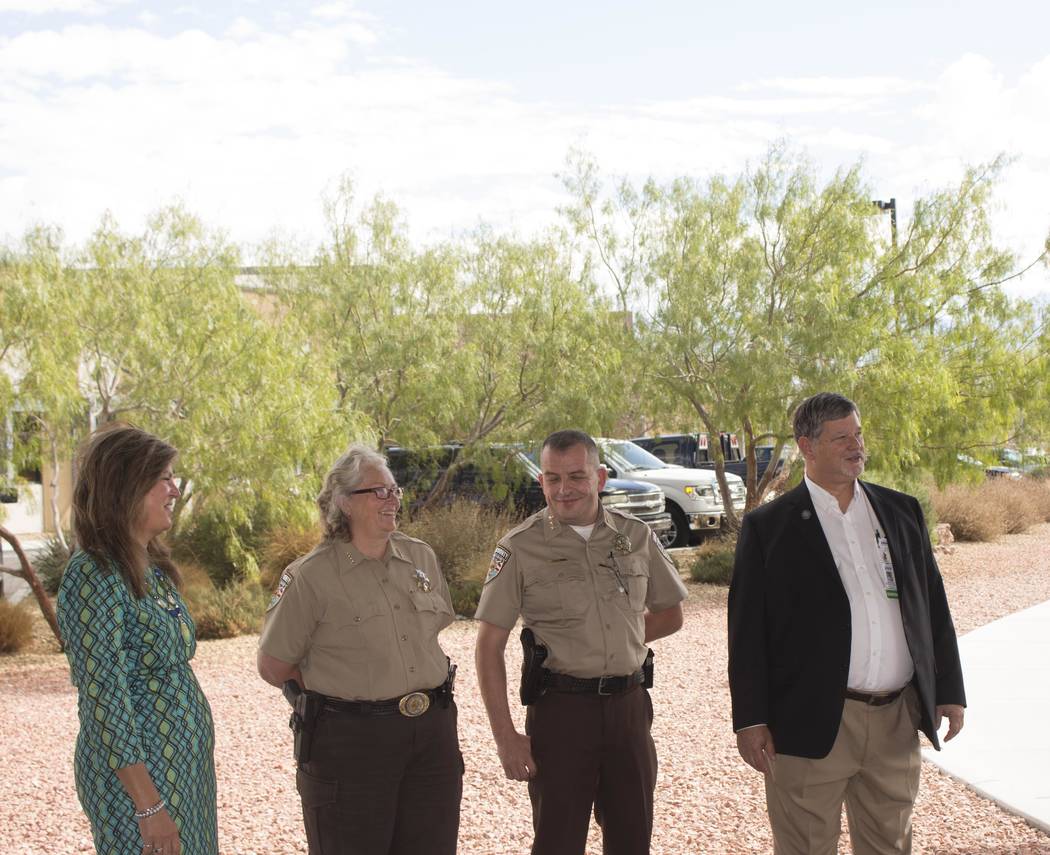 Leadership at Desert View Hospital in Pahrump donated almost a dozen OB emergency birth kits to the Nevada Highway Patrol on Wednesday in an effort to keep law enforcement equipped to deliver a baby in an emergency situation.

Assemblyman James Oscarson, who is also the director of community relations at Desert View Hospital, was the keynote speaker at a gathering in front of the hospital’s front entrance at 360 Lola Lane on Wednesday. Oscarson announced the hospital’s commitment to aid in the training of NHP troopers and the donation of 10 emergency birth kits to the state highway patrol.

“We’re grateful for them (state troopers),” Oscarson said. “They serve us, and we want to make sure they have all the tools in their tool box for them to be able to do that.”

The donation comes after Nevada Highway Patrol Trooper Kevin McNeal, an officer from Las Vegas Metropolitan Police Department and other first responders came to the aid of a young woman in Mountain Springs earlier this year, en route to a Las Vegas hospital, to give birth. She didn’t quite make it.

“We felt a need to support them the best way we could, so we have OB kits for their officers to put in their cars; very basic, but enough to take care of a delivery should that occur again for them,” Oscarson said.

On top of the 10 kits Desert View donated, they offered training. Oscarson said there are plans to replace the current kits, as troopers use them.

Desert View, nor any medical groups in the area, have labor and delivery services available.

Oscarson, however, said Desert View’s emergency department can deliver babies for mothers that are too far along in labor to make it to Las Vegas or another destination.

The hospital sees about one delivery a month in the ER department, Davila said.

The donation of the emergency birth kits will benefit citizens and troopers.

“The nice part about it is this is absolutely needed,” said Capt. Charles Haycox of the Nevada Highway Patrol’s Southern Command. “This is another excellent way we can serve the citizens.”

The kit comes packed with a lot of tools necessary to make a safe delivery: gloves; aprons and receiving blanket; a scalpel to cut the umbilical cord, along with clamps; and a bulb syringe, in case the baby has something stuck in its nasal cavity, such as mucus.

NHP Sgt. Carlos Rivera said troopers have received training from the Pahrump Valley Fire Department staff, and the class lasted about two hours, though it’s only something he’s heard of a couple times in his 22 years on the job.

Dr. Alex Vaisman at Desert View, along with the hospital’s nurse educator, will be helping educate troopers going forward.

On top of having the right tools, Vaisman said that “you have to show them how the baby is coming out, how to deliver a baby, the different steps you have to take before the baby comes out.”

Even with training, Rivera said troopers will still request an ambulance.

“This is not something we do in the normal course of our work, so we want to be prepared for this in case something happens,” he said.

According to Rivera, the department had also received about seven kits in the past from the private sector.

The Nye County Sheriff’s Office is also prepared. Wehrly said the department does have kits and deputies have delivered babies in the past.

“We have a training facility in Mesquite and a training room in the sheriff’s department,” Wehrly said.