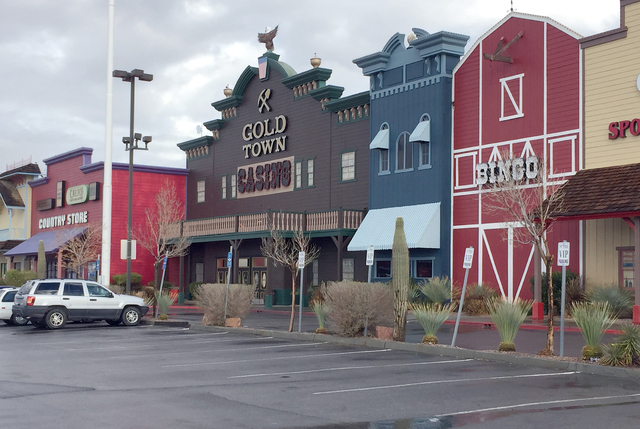 Golden Gaming, owner of three Pahrump casinos, announced Monday it will merge with Minnesota-based Lakes Entertainment, giving the Las Vegas-based company ownership of a Maryland casino while transitioning into a publicly traded corporation.

The newly named company will be called Golden Entertainment and will be traded on the Nasdaq replacing Lakes’ current listing. Golden Gaming CEO Blake Sartini will be CEO and chairman of the new company, which will be headquartered in Las Vegas.

“We believe that this transaction establishes a truly diversified gaming company, uniquely positioned to capitalize on a wide spectrum of opportunities,” Sartini said in a statement.

Lakes and Golden Gaming estimate the combined company would have 2015 revenue of $348.1 million and adjusted cash flow of $42.5 million.

Golden Gaming owns the Pahrump Nugget, Gold Town Casino and Lakeside Casino &RV Park locally, and is a slot route and tavern operator throughout the state. The three Pahrump properties employ more than 500 people and is Nye County’s largest employer.

Under terms of the merger agreement, Lakes was valued at $9.57 per share, which represented a 37 percent premium to its closing price Friday. Sartini would be issued more than 7.8 million shares of stock in the new company, a 35.7 percent ownership stake. Current Lakes shareholders would retain the remaining 64.3 percent of the company.

The transaction is expected to close by the end of the year and is subject to shareholder and regulatory approval.

Privately held Golden Gaming, which was established in 2001 by the Sartini family, is Nevada’s largest slot machine route operator with more than 7,600 games in 600 statewide locations. The company’s tavern division has 48 locations under five brands. The company has 2,100 employees in Nevada.

Lakes Entertainment Chairman and CEO Lyle Berman will join the board of the new corporation and sign a three-year consulting agreement. Lakes President and CFO Tim Cope will be a board member and consultant to the new company.

Berman is a long-time gaming figure, having founded Grand Casinos Inc., the company that preceded Lakes. According to Yahoo Finance, Berman is Lakes’ largest stockholder with almost 3.7 million shares.

The new company will retain ownership of the Rocky Gap Casino Resort near Cumberland, Md., which is inside the Rocky Gap State Park. The 200-room hotel includes the only Jack Nicklaus Signature golf course in Maryland and a casino with 500 slot machines, a poker room and 10 table games.

As part of the transaction, Lakes plans to sell its 10 percent ownership in Rock Ohio Ventures, the company that owns 80 percent of the Horseshoe casinos in Cleveland and Cincinnati and two racetracks in Ohio and Kentucky to a third party for $750,000.

In the third quarter, Lake reported a net loss of $23.1 million and net revenue of $15.9 million.

Shares of Lakes Entertainment gained 70 cents, or 10 percent, to close at $7.70 on Monday.