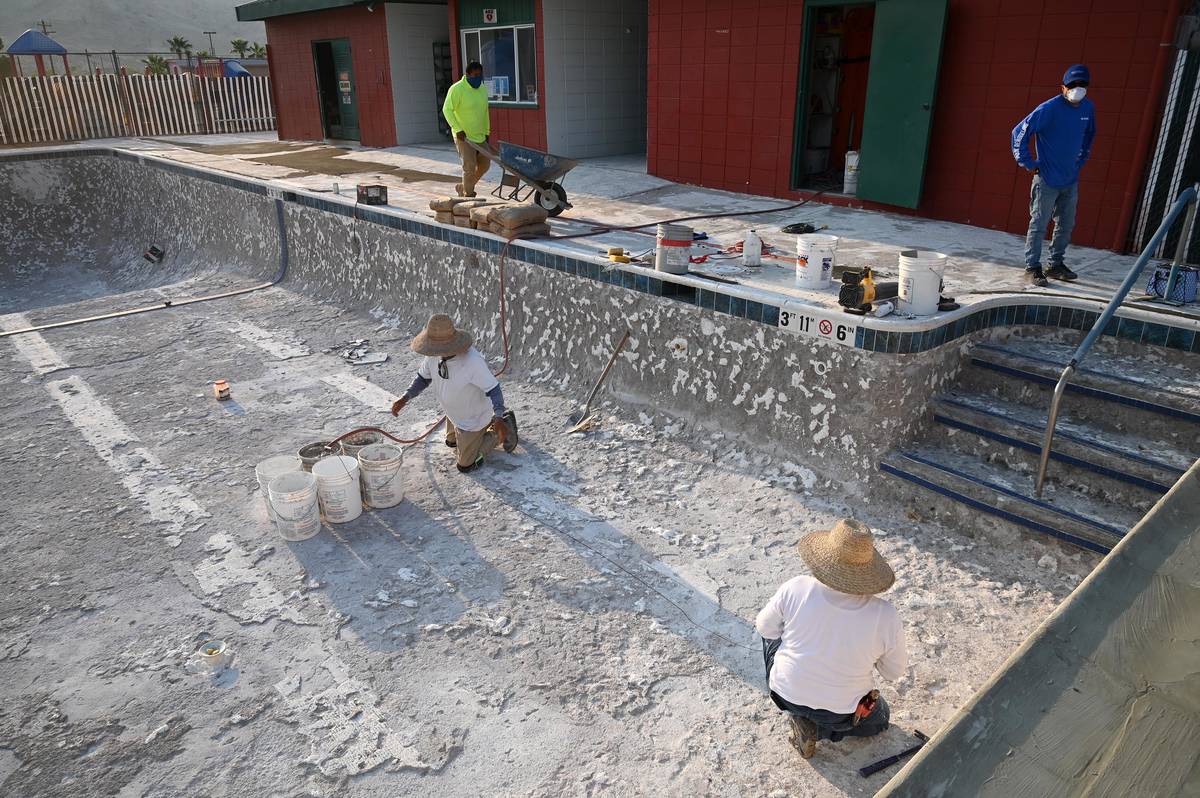 Richard Stephens/Special to the Pahrump Valley Times Crews work on the pool in Beatty on Thursday in the early morning hours to avoid the high temperatures during the day. 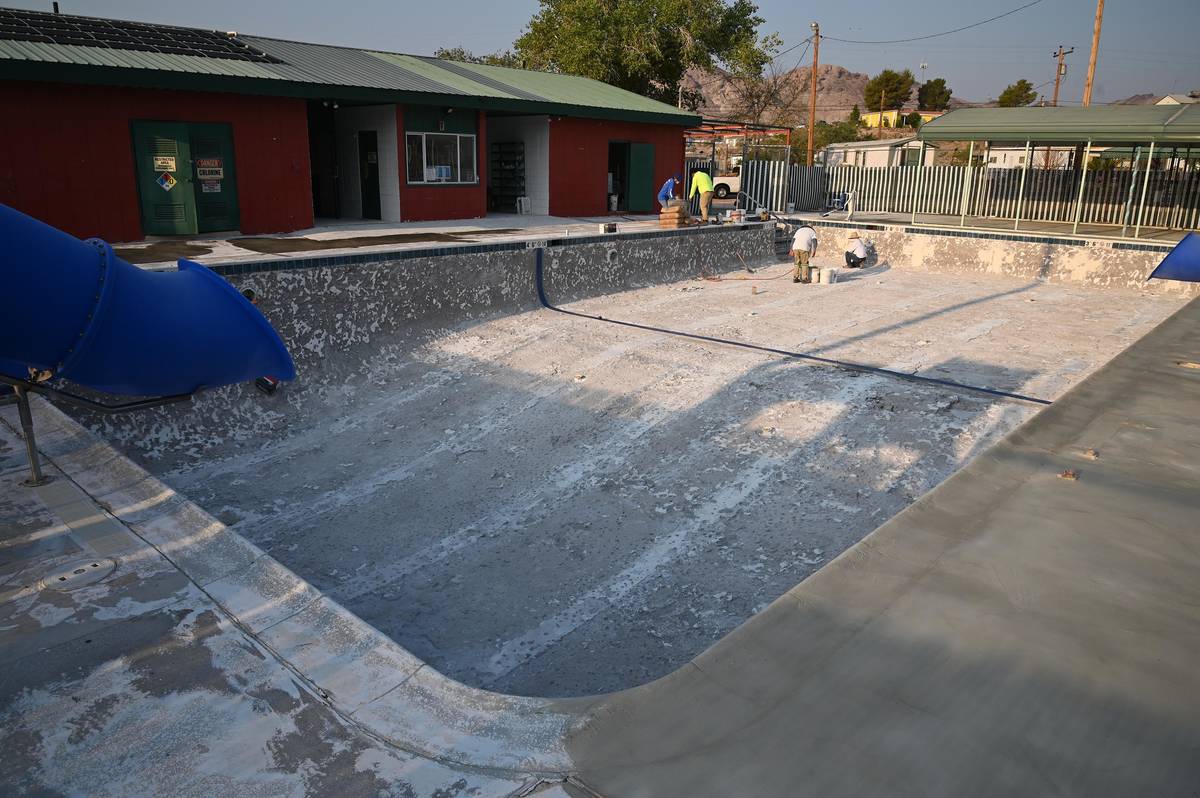 Richard Stephens/Special to the Pahrump Valley Times With the pool closed for this season because of the pandemic, the Beatty General Improvement District board of trustees decided it was an opportunity to fix up the facility and remedy several of its ills.

At a recent Beatty Town Advisory Board meeting Erika Gerling announced that a long-standing Beatty mystery had been solved.

“They found the leak in the swimming pool,” she said.

The Beatty town pool has had a mysterious leak for years, and no one had figured out where the water was coming from.

With the pool closed for this season because of the pandemic, the Beatty General Improvement District board of trustees decided it was an opportunity to fix up the facility and remedy several of its ills. Among other things, the pool was in need of relining, and the deck was cracked and had low spots where water puddled, creating dangerous slick spots.

In order to reline the pool properly, the crew had to remove three previous layers of plaster.

Board member Starla Gallagher said that it was not proper practice to put a new layer of plaster over a previous one. She said layering new plaster over old was “like putting a Band-aid over the problem” rather than fixing it properly. “It’s had a lot of Band-aids put on it. They had to take the Band-aids off and do it right,” she said.

As the layers of plaster were removed, it could be seen that the original pool had racing lanes marked, and the BGID decided to restore them also. Gallagher hopes that this will encourage the high school or others to form swim teams to use the pool for competition.

With the additional work to restore the lane markings and some work on the chlorinating system, which had contributed to the leaking problem by causing a hole in one of the skimmers, the cost of the project increased to approximately $122,000.

The office and shower building will also be renovated, and Gallagher said the board has decided to repaint all the buildings the BGID manages.

Some people wish they could put a diving board back in the pool, but current safety regulations require a depth of 11 feet for a diving board, and the deep end of the Beatty pool is just under 10 feet. The cost of making the pool deeper would have been in the neighborhood of $250,000.

Gallagher thinks the community is going to be very happy with the facility when it is able to reopen, which will not happen until next year.

Work will be completed soon, but, with the pandemic closure, no life guards were hired and trained for this year.