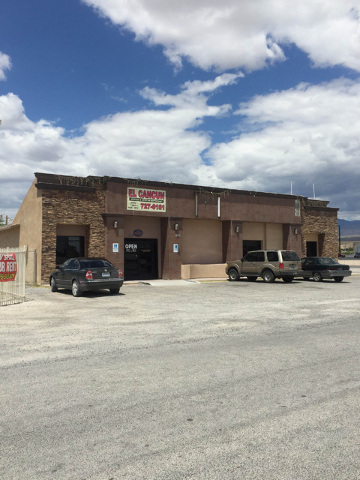 A decision on whether a local patron can receive a conditional use permit for his planned bar at a long-standing site will have to wait at least another month.

Members of the Pahrump Regional Planning Commission made a motion to continue the hearing on the proposed Cowboy’s bar, which will go in place of the old Waterhole Bar, to its July 15 meeting on a 7-0 vote.

Most of the issue in allowing a previously grandfathered use of land which has been operationally abandoned for a period of six consecutive months, boils down to parking questions, as the commission doesn’t feel they are up to current code.

The agenda said that staff found insufficient information has been presented and there are questions relating to vehicle parking layout, vehicular access/entrance and exit, among other issues.

The building in question is located at 1130 East Fifth Street. which is half occupied by El Cancun Seafood and Mexican Restaurant. The total building size is 4,000 square feet, which requires 16 parking spots total.

Since there are no lined parking spots, the commission wasn’t certain that there were that many.

The potential bar’s owner, Johnathan Hunton, didn’t deny some updates were needed, saying that he did see where some changes to the current parking lot could be made.

“I can see some upgrades on the parking lot. I’m not against that,” Hunton said. “At 2 o’clock in the afternoon, I’d like for you to try and find a parking spot, because it’s already in use because of the Mexican restaurant.”

Commissioner Frank Carbone said the fact that spots were hard to find was a perfect reason for the parking plan to be revisited ahead of another establishment opening up in the location.

In a letter to the commission requesting the conditional use permit, Hunton said that the building’s interior had been remodeled, with new wiring, plumbing and HVAC paint.

It was also brought into question in public comment by Bill Clark that since half the building has been in use, that there should be no issues with the other half being grandfathered in.

“I think this whole property is grandfathered,” Clark said. “The commercial building is in use, and if you are going to start doing that, you’ll have to go down to Albertsons and say that vacancy you got there where that old place used to be, that you can’t occupy it.”

Part of the discussion that will take place between now and the next planning meeting next month, will be on the topic that Clark brought up.