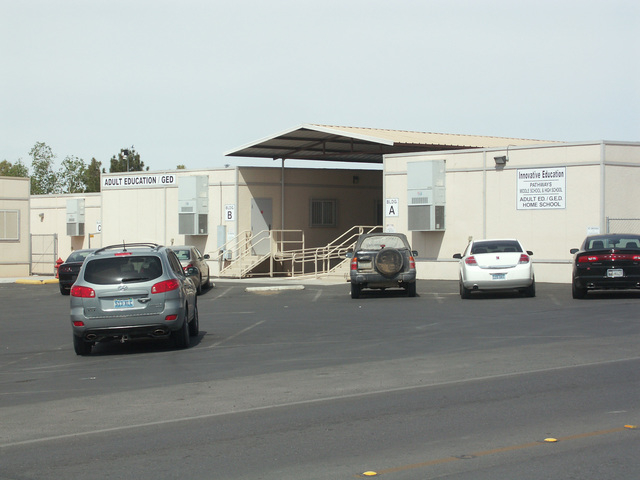 Students at the non-traditional campus completed twice as many class credits this year as they did for the entire 2012-13 school year, thanks to an online curriculum known as “Odysseyware.”

Principal Karen Hills believes her students’ success can be attributed to the way the school has retooled its blended learning model for sixth graders to high school seniors.

Hills noted the program is ideal as a stand-alone curriculum or for blended learning, credit recovery, response to intervention as well as alternative and special education.

“We knew there was much more we could be doing to leverage Odysseyware with our students, which led us to re-examine our blended learning model as a whole,” the principal said.

According to the school’s policy, attendance in the program is five hours a week, with 15 hours of study time at home expected. All courses are taught online.

Teachers are assigned to each student to provide academic support and instruction.

While responsible for their own progress, students are monitored by both parents and staff.

If a student fails to complete at least one class every 3 weeks they could be kicked out of the program.

Previously, students were given all of their courses for the year and were asked to spend at least 20 hours a week working on whatever courses they chose.

Taking a “lead by example” approach, Hills herself decided to get the full experience by enrolling in six online courses, which is a typical load for her students.

“Given the choice between so many courses, I found myself thinking, ‘I don’t want to do math today,’ or ‘oh, my favorite show is on.’ It was hard to stay focused. I knew if I was struggling to get the work done, my students were too,” Hills said.

Following her experiment, Hills and her staff changed the program’s structure to address the challenges students faced.

Students are now given three weeks to work on one course at a time.

“Now our kids can really focus on getting their courses done. Once they realize they’re actually in charge of their own success, they step up and take ownership of their learning,” she said.

At present, Hills has 123 high school students enrolled in Odysseyware courses at Pathways.

Since implementation, she said students have already completed 133 more credits than the 162 students who were enrolled last year in half the time.

“We’re seeing unbelievable learning gains with the new program. People used to think of our school as a ‘destination of last resort,’ and we’re proving them wrong,” the principal said.

Beth TeGrotenhuis, president and COO of Odysseyware’s parent company, Glynlyon, said she was very encouraged by the results in Nye County.

“Every student should be given the right tools for them to succeed. That is exactly what the team in Nye County has done, and we could not be more proud of their success,” she said.