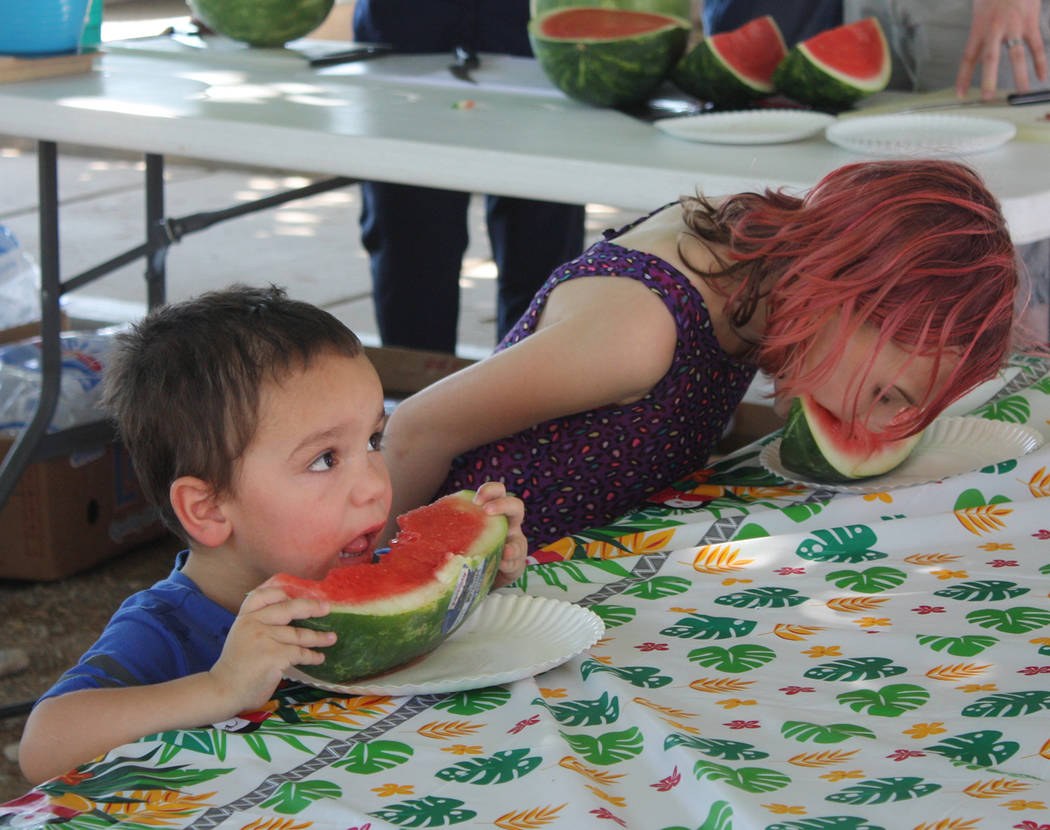 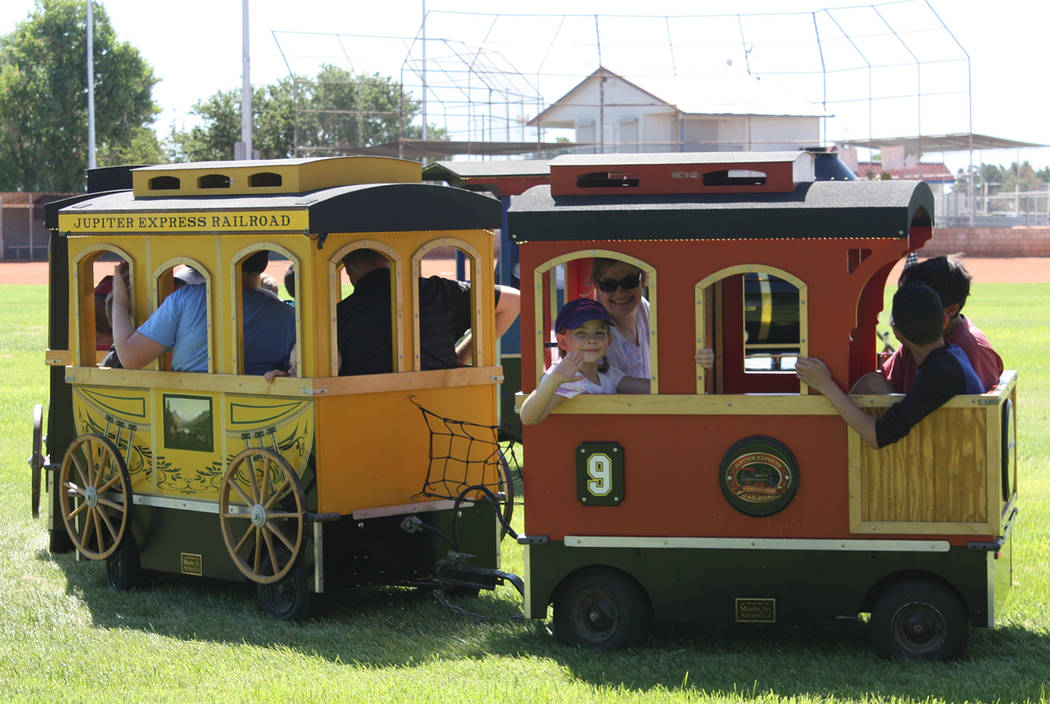 Robin Hebrock/Pahrump Valley Times The Jupiter Express was a draw for many Pioneer Celebration attendees. 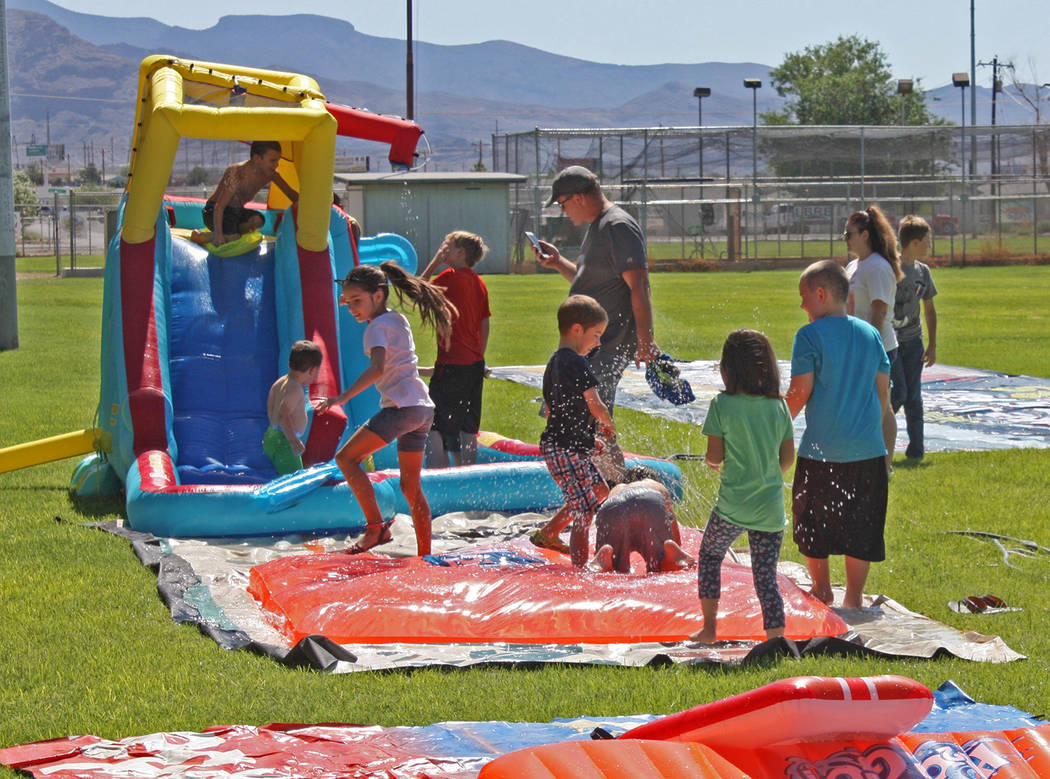 Robin Hebrock/Pahrump Valley Times With temperatures soaring in the Pahrump Valley during the Pioneer Celebration, the water activities were a magnet for children. 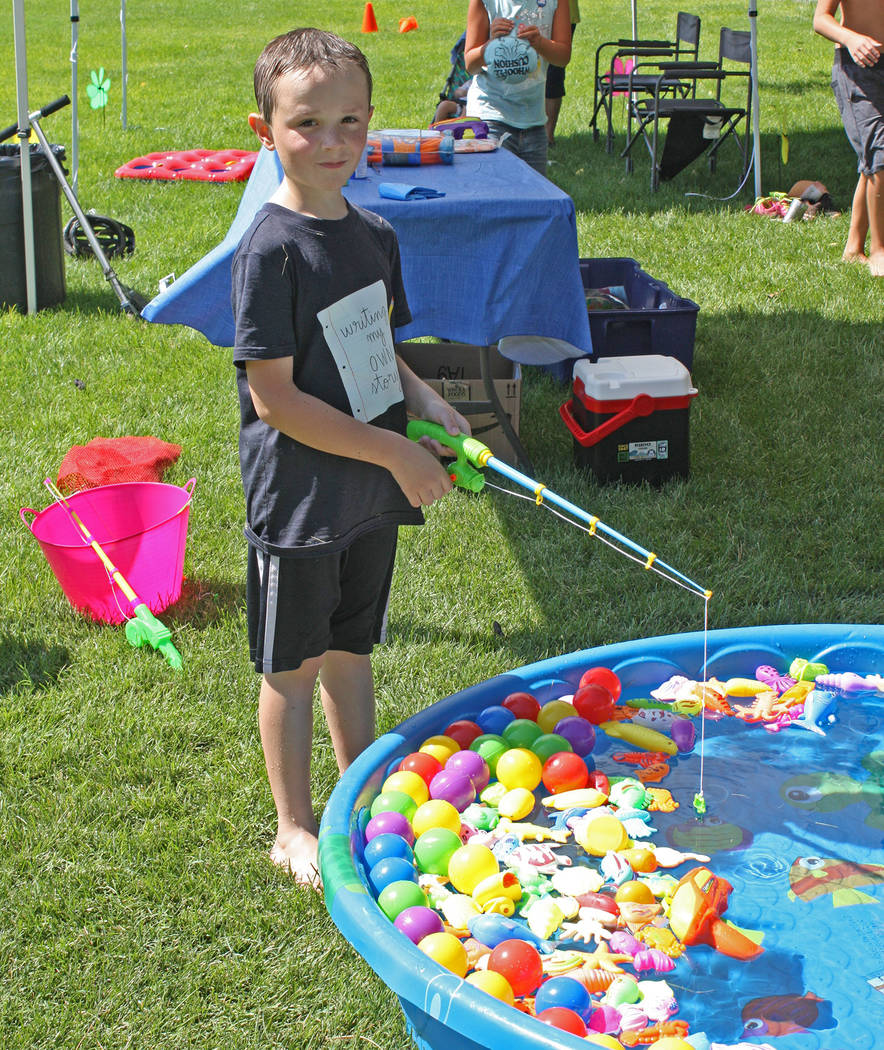 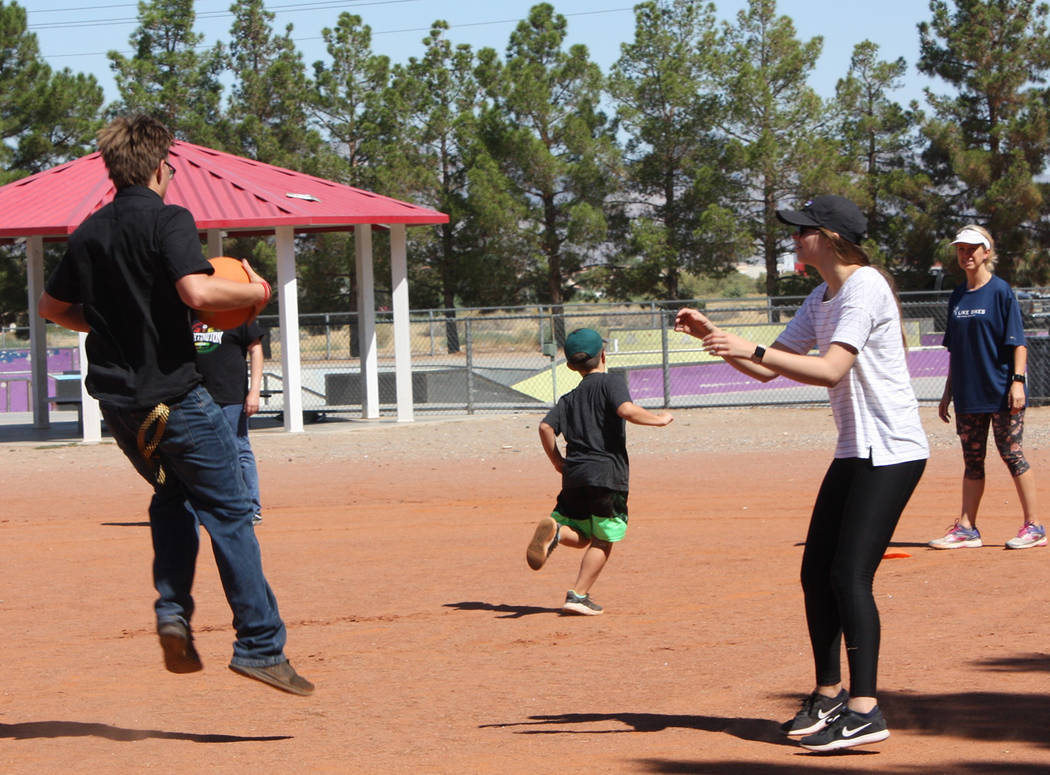 Robin Hebrock/Pahrump Valley Times There was a lot of action on the various fields of Ian Deutch Memorial Park as kickball and softball tournaments were underway at the Pioneer Celebration. 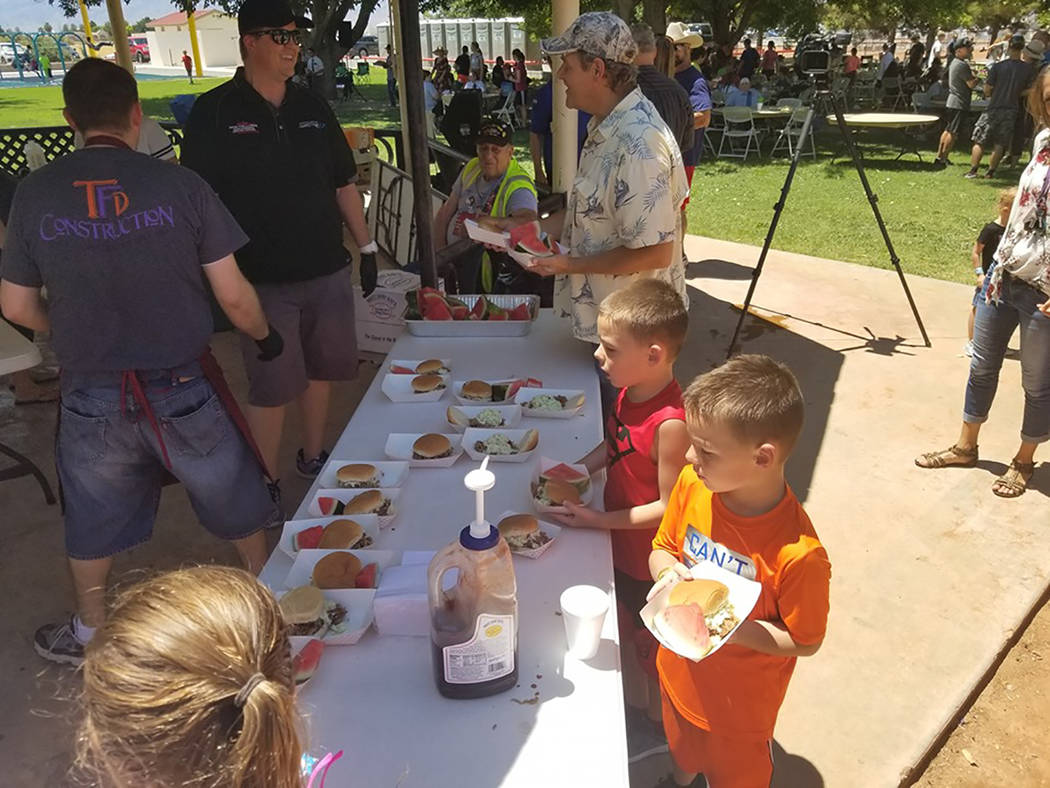 In America’s past, pioneers packed up their belongings, loaded them into handcarts and wagons and struck out for the western frontier in search of new horizons.

These adventurous explorers crossed vast swathes of wilderness and along the way, they made new lives in the lands between the American colonies of the east and the unsettled west coast, birthing the western communities of today.

To honor the heritage and history of these forerunners of western society, the Nevada Blue Diamond Stake of the Church of Jesus Christ of Latter-day Saints created its annual Pioneer Celebration, an event which the church brought back to the Pahrump Valley this year.

Hosted on Saturday, July 27 at Ian Deutch Memorial Park, the 2019 “Legacy of Faith” Pioneer Celebration attracted an enormous crowd of several hundred who were able to spend the morning reveling in the festivities.

“The turnout was great! We had approximately 800 attending and the event was a success despite the temperature at the end of the event hitting triple digits,” event organizer Janet Errett told the Pahrump Valley Times. “The event is held to honor all those who have gone before us as pioneers to settle this great country. It’s always free to the community because all of us enjoy that heritage and the things that were accomplished.”

Errett said the day was fun for all, with a variety of activities to catch the interest of almost anyone. From softball tournaments to watermelon-eating contests to the splash pads and water fun, Errett remarked that attendees displayed immense delight in everything available.

“Members from the Pahrump horseshoe pitching club showed up for the horseshoe tournament and one of them took the prize,” Errett detailed with enthusiasm. “They were impressed with what the town had done for the event and are hoping that the county might make the site permanent for the future.”

Errett added a special thanks to the town of Pahrump’s Buildings and Grounds department for digging the holes and bringing in the sand necessary to set up the horseshoe pits, as well as the department’s efforts to set up the softball diamonds for real regulation slow-pitch softball.

“There was a hugely successful water park area which included a slip and slide with wake boards, a large water slide with pools and a splash pad and various water sport games,” Errett said. “A hundred children could be seen playing over there at any given time during the event. The children were also busy with pioneer games and crafts and stories about the pioneers were popular as well.”

Another favorite for Pioneer Celebration attendees was the Jupiter Express, a miniature train complete with engine and caboose, which children and adults were able to board for a trip around the event grounds. “The train was a huge hit and ran from 9 a.m. until 12 p.m. and was always full of people,” Errett said.

As for her personal favorite portion of the event, Errett said she truly enjoys the handcarts that are provided at the event. “This year 30 families pulled handcarts. It’s just amazing to me, what people were able to accomplish, and what they were willing to attempt with faith in God and Christ and so little,” Errett stated.