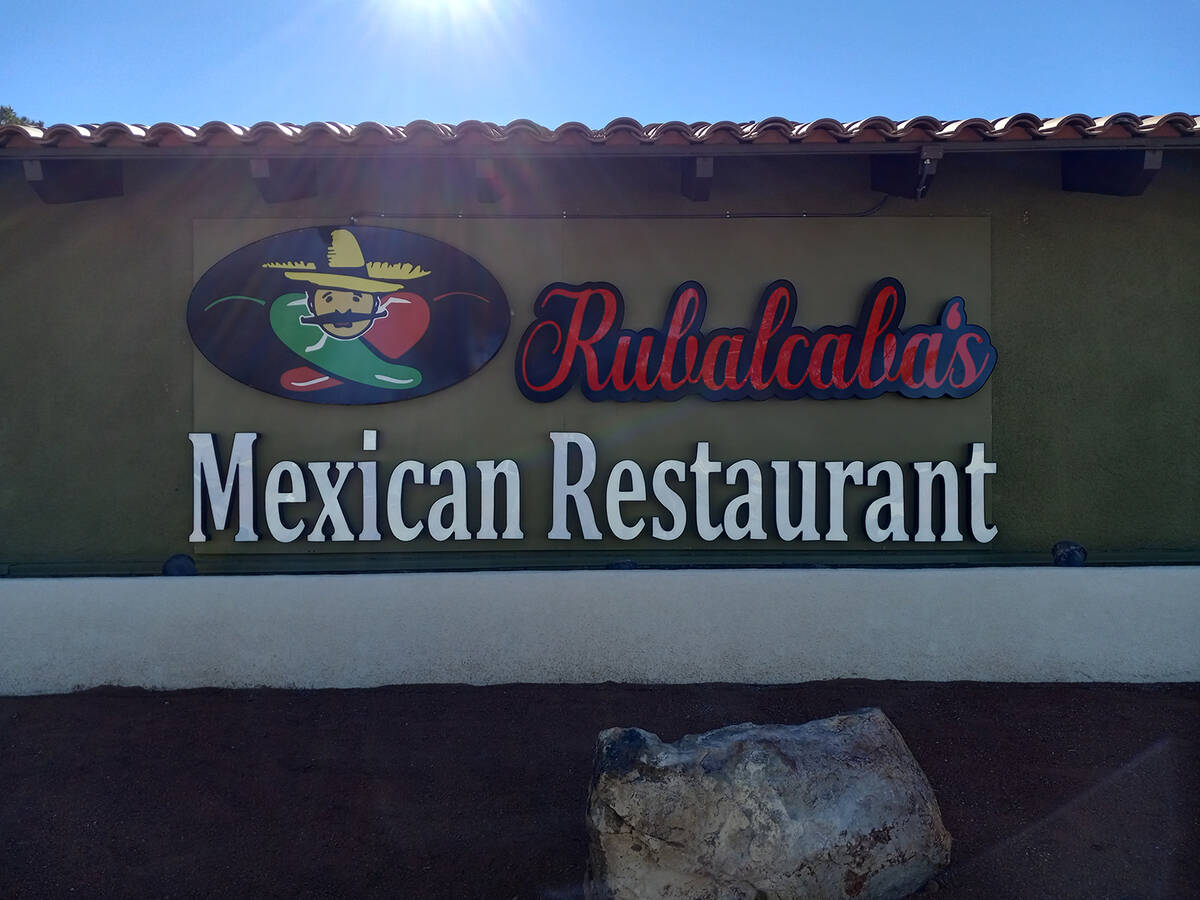 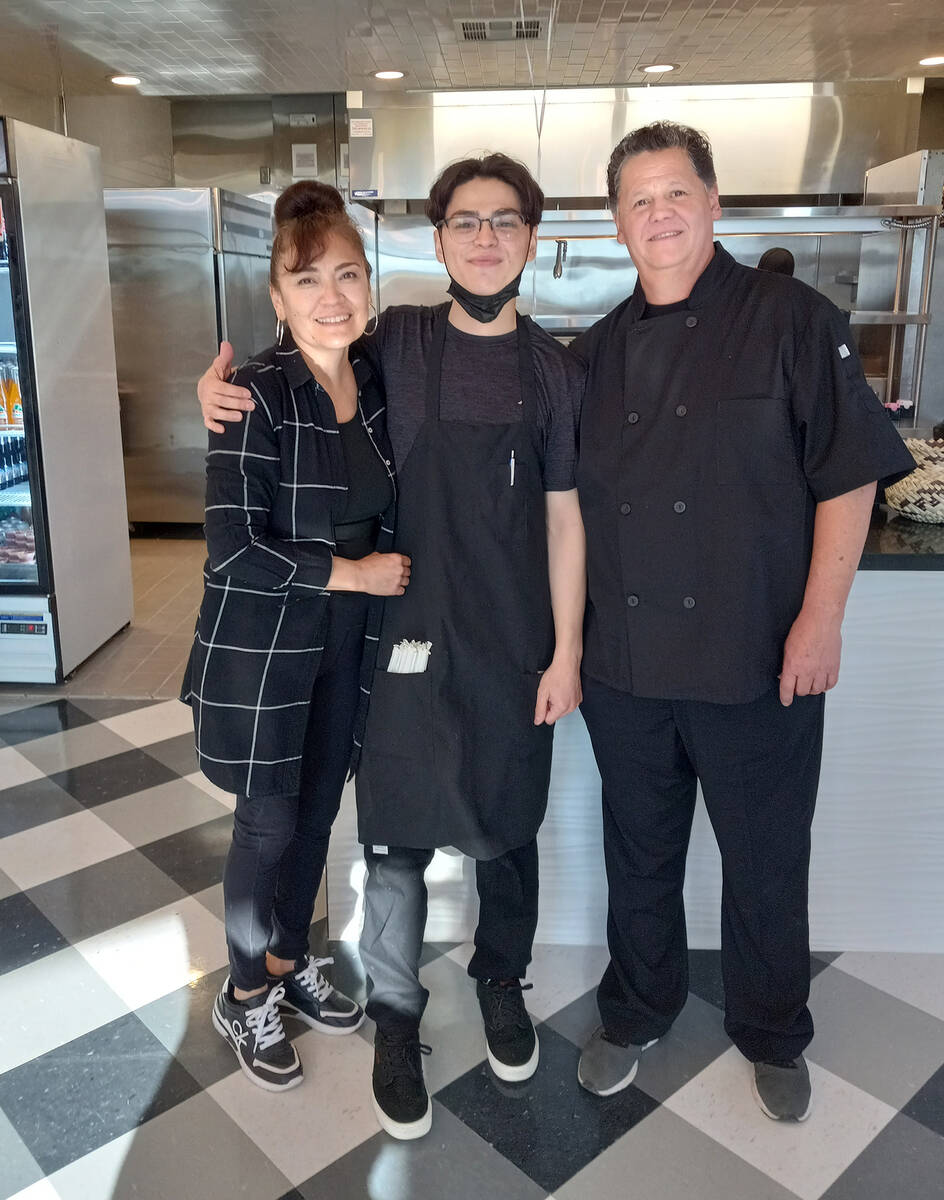 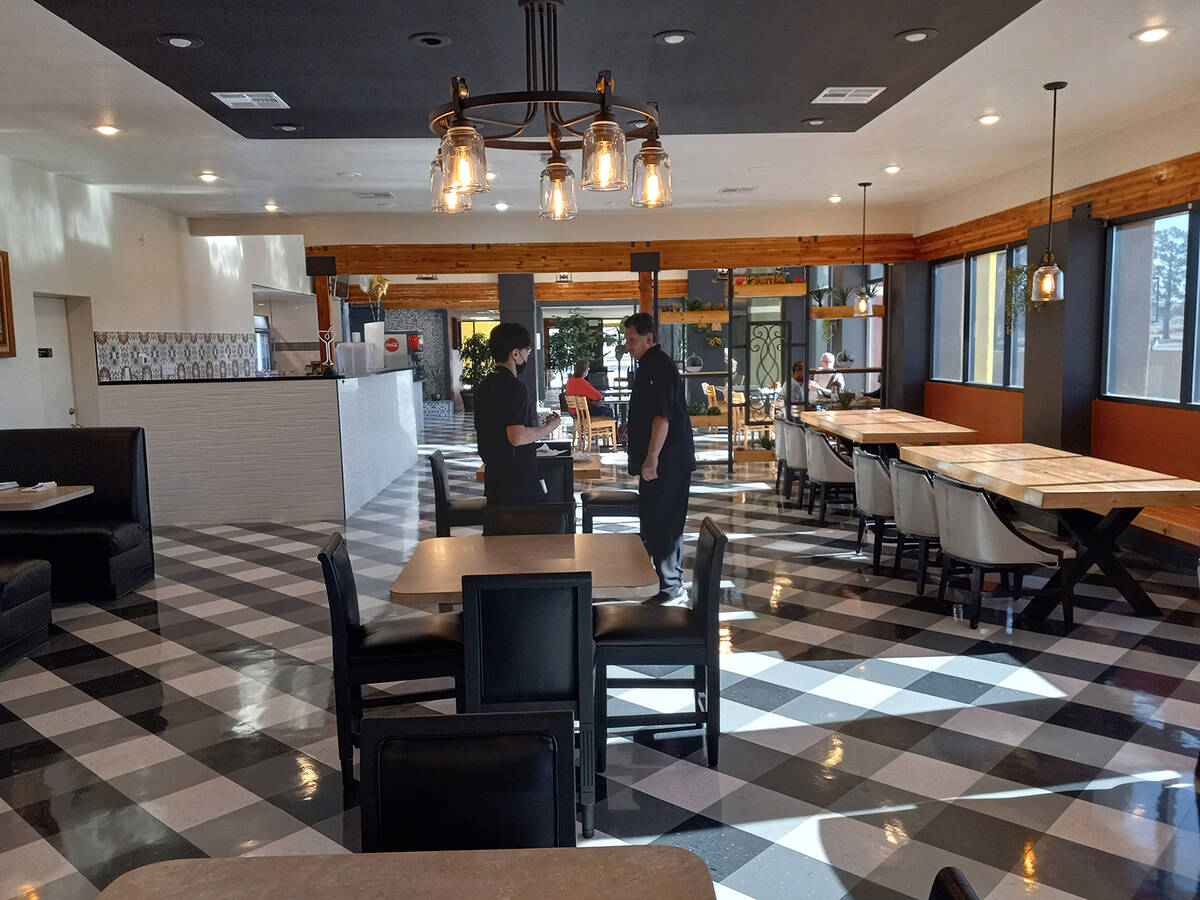 Selwyn Harris/Pahrump Valley Times Along with a spacious dining room, the new Rubalcaba's Mexican Restaurant will feature a soon-to-open bar and a section for private parties and gatherings.

A long-time popular Mexican food restaurant now has a new location in town.

Formerly located at 270 Dahlia St. in Pahrump, Rubalcaba’s opened roughly 18 years ago as a taco shop.

The family-owned business is now up and running as Rubalcaba’s Mexican Restaurant at 1500 Red Butte St., at the corner of Mt. Charleston Drive.

On its first day of business this week, owner Jesus Rubalcaba spoke about why the family decided to change locations.

Rubalcaba also spoke about the prime location of the restaurant, as it sits squarely in a residential neighborhood and nearby Pahrump Valley High School.

He noted that zoning was not a big issue.

“It wasn’t necessarily difficult and more than anything, we wanted to give the town a new place to come visit, come eat, come hang out,” he said. “We really want to make this not just a restaurant, but a place where people want to come and hang out with us.”

As a former golf course, Rubalcaba spoke about the challenges of transforming the property into a restaurant while noting even though the task was difficult, he’s thankful to have accomplished the enterprise.

One very challenging aspect of relocating his business is the fact that last July’s historic storm laid waste to many of the trees lining the property which were felled by wind gusts exceeding 75 miles per hour.

Rubalcaba said he planned on moving the business just before the storm hit.

The timing, he noted, created unforeseen delays as at least 11 full-grown trees had to be sawed up prior to their removal.

“It was actually a coincidence because the storm happened the day after we received the keys,” he recalled. “It affected us quite a bit because it delayed us a lot and it was a huge mess but thankfully everything worked out.”

The new location also has additional amenities, including a spacious dining room, a soon-to-open bar, and a section for private parties and gatherings.

The breakfast, lunch and dinner menu is available throughout the day, while business hours, at present, are from 7 a.m. to 9 p.m.

Aside from this week’s “soft opening” the family plans to host a grand opening in the not-to-distant future.

On a final note, Rubalcaba’s backstory could easily be considered accomplishing the “American Dream,” while at the same time, giving due credit to his customers.

“Honestly, we’re thankful to Pahrump because Pahrump was the real reason that we were able to do this,” he said. “Now we really just want to give back to the community and have a great place for everyone to come hang out. We just really want to reiterate that we’re thankful for all the support because we wouldn’t be able to do this without any of you guys. So we really want to thank everyone.”