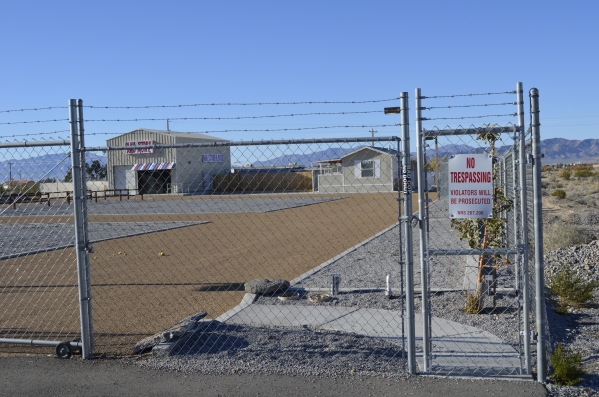 A new medical marijuana business is coming to Pahrump after Nye County commissioners approved the new request on Tuesday.

Nye Farm Tech Ltd., currently located at 2811 W. Amargosa Farm Road in Amargosa Valley, received a dispensary permit in 2014, but filed an application for approval to relocate a special use permit for a medical marijuana establishment to a general commercial zoned lot with existing buildings in Pahrump.

As a condition of approval, commissioners requested completion of the property escrow. The property is located at 5400 North Highway 160 in Pahrump and is owned by Eric Vessella, but is expected to close escrow on Wednesday at which time the applicant will become the property owner.

Nye County Principal Planner Steve Osborne said the business owner wants to move to Pahrump from Amargosa Valley because the land they currently have in Amargosa Valley does not have any existing buildings.

“They would have to construct a new building for the operation if they used the Amargosa property, while the property in Pahrump already contains an existing building that they could use, so it will be quicker for them to become operational,” Osborne told the Pahrump Valley Times.

Russ Meads of Double M Construction, agent for the applicant, said he had been able to verify available funds.

“There’s enough funds from what I gathered to be able to complete the project,” he said.

Officials said one of the standard requirements for a special use permit is that an applicant must maintain the original certificate from the state.

Additionally, Commissioner Dan Schinhofen asked for an updated security plan to be submitted to the sheriff as the proposal asks to utilize the existing buildings for cultivation and security uses.

Commissioner Butch Borasky was the only one who voted against approval.

“I’m just concerned about how many of these things do we need and you know, we keep approving them and there’s a couple of them up and running and the third one starting out,” he said. “I don’t think anybody has really established anywhere where the true need is, how much of that they have to grow. And I just foresee problems down the line.”