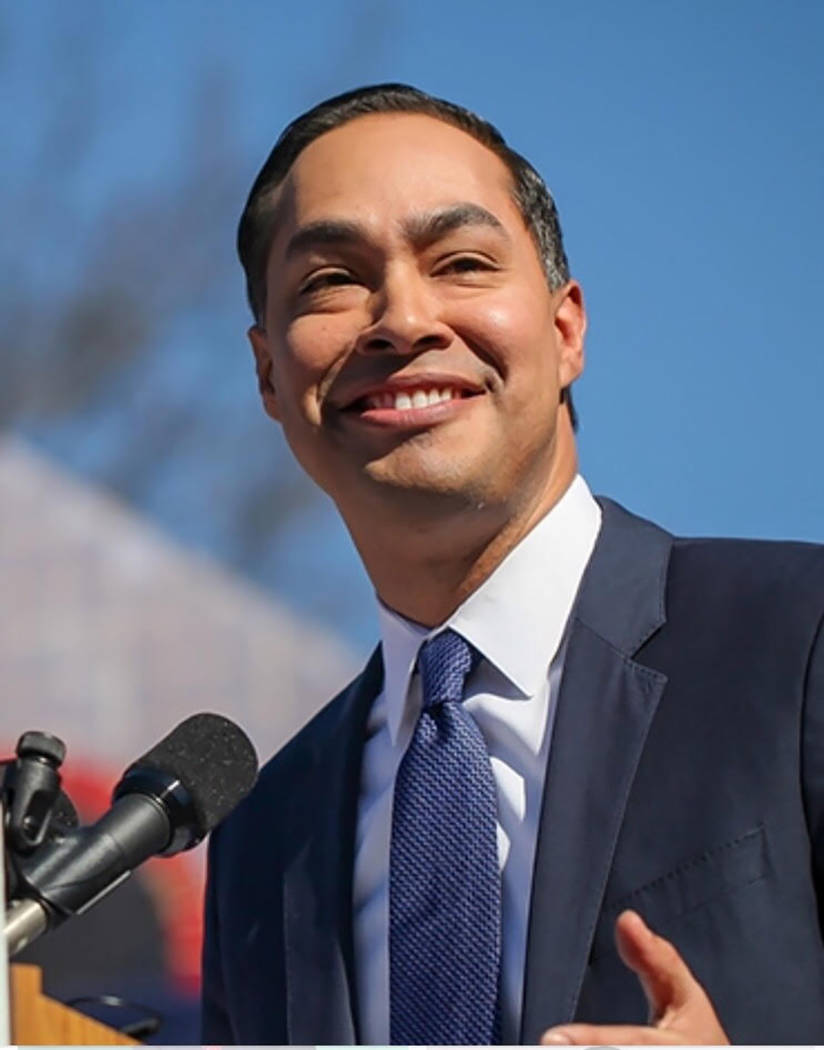 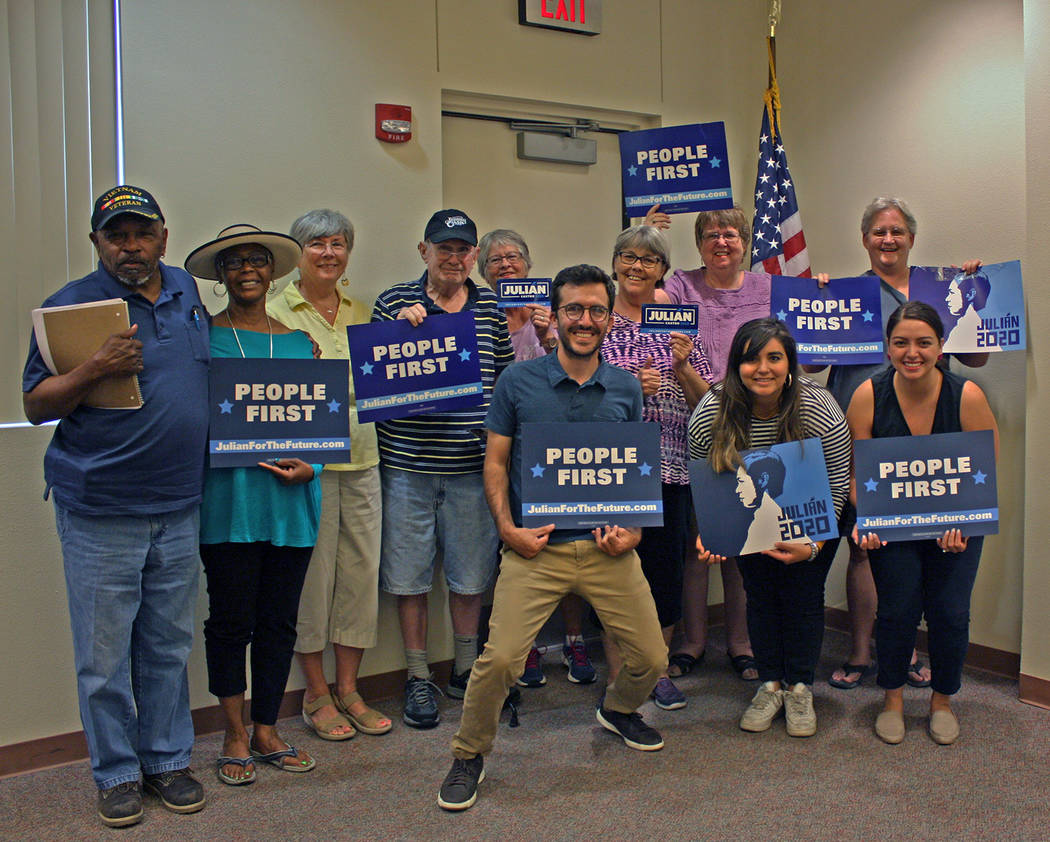 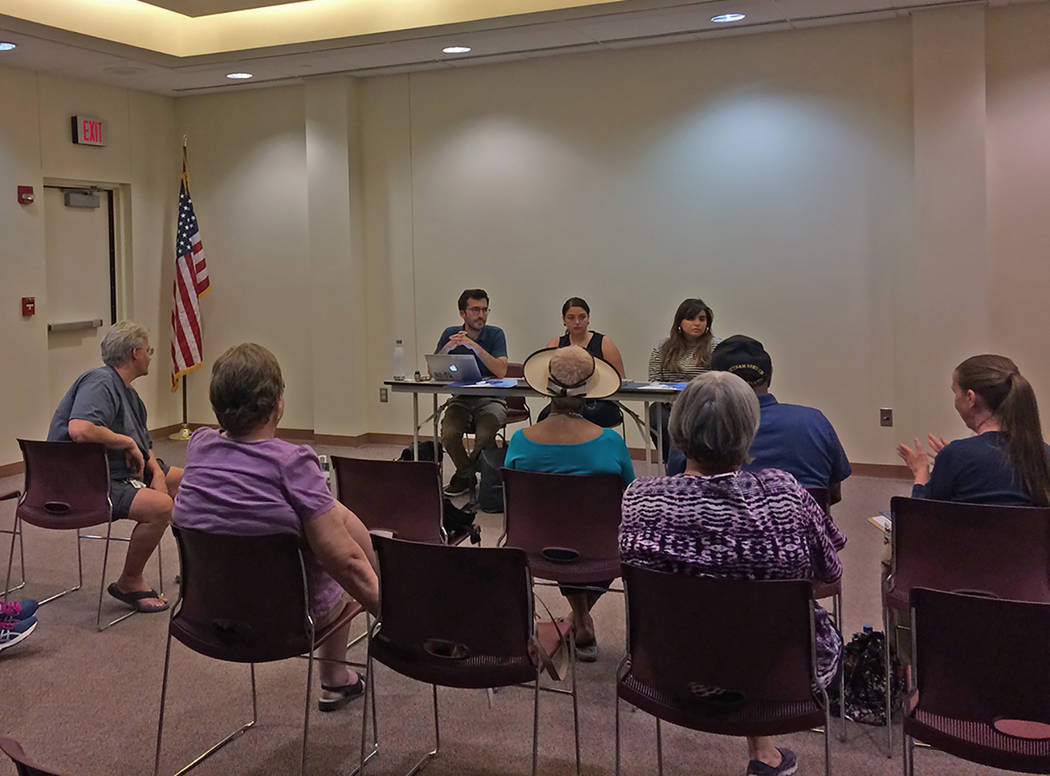 The 2020 Democratic Presidential Primary is shaping up to be quite a showdown with more than two dozen candidates announcing their intention to vie for the nomination and their campaigns are already hard at work in an effort to garner voters’ support.

Presidential hopeful Julian Castro recently reached out to rural Nevadans, sending members of his Nevada campaign team to 14 towns across the rural parts of the state, including two Nye County towns, Pahrump and Tonopah.

The “Julian for the Future” staffers included Nevada State Campaign Director Kristian Carranza and Nevada Campaign Political Director Michael Cullen, both of whom said they worked on the Hillary Clinton race for the 2016 caucuses, along with Nevada Campaign Northern Intern Megan Joy Macias. The three conducted meetings with stakeholders in each of the locations they visited, gathering information on what issues are affecting citizens in those areas.

Taking place July 17, the community meeting in Pahrump was held at the Pahrump Community Library with a small group of local Democrats turning out for the event.

“This is really a chance for us to listen more than to talk,” Cullen told attendees. “So really, the point of this meeting is for us to hear more about rural concerns … so we can take that back to our campaign and when we are doing policy roll-outs and building up our state team, we can really keep in mind those local concerns.”

Issues raised by those at the Pahrump meeting spanned a wide spectrum, with everything from education and health care to environmental concerns, Yucca Mountain, the homeless population and more covered that morning.

Many others added their agreement, with Rich Mason stating, “Universal health care, I’d like to see that,” and Cles Saunders remarking, “Prescription drugs and medication is just too expensive here… I guess the main thing would be to be able to negotiate with drug companies for better prices.”

Diane Southworth, who is a regular attendee of local Community Outreach meetings, drew the focus to a couple of the issues that group addresses as well. “In this town, we, on an average, serve between 7,000 and 9,000 individuals who are food-deprived, out of a population of 35,000. This is insane. We have very low income here, which is another concern. There is a homeless group here that we work with. There are so many issues,” Southworth detailed.

In Tonopah, the meeting took place at the Tonopah Library, where another small group of residents gathered to add their opinions, much of which once again centered on health care struggles.

“Conversation focused on lack of access to health care in Tonopah, the closing of the hospital and lack of emergency/ER services there,” Cullen said following the discussion.

Tonopah and the surrounding area have been without a hospital since 2015 when the Nye Regional Medical Center had to shutter its doors due to financial troubles. Though some health care services have been reestablished at the medical center through a contract with Renown Health, it now operates as a clinic rather than a hospital.

All in all, Cullen said the Castro team was pleased with their trip around rural Nevada, remarking, “We were welcomed with warm arms, even among Republican residents. It’s clear to us after day three of our rural tour that access to health care is a common concern throughout the rural communities in Nevada.”

The tour also earned Castro at least one endorsement from a local resident, Cullen added. Little took to social media after the event to write, “Former chair of the Nye County Democrats here. As a transplanted Texan, I have followed @JulianCastro’s career since he was San Antonio mayor. I am so excited to endorse him to be our Democratic nominee!”