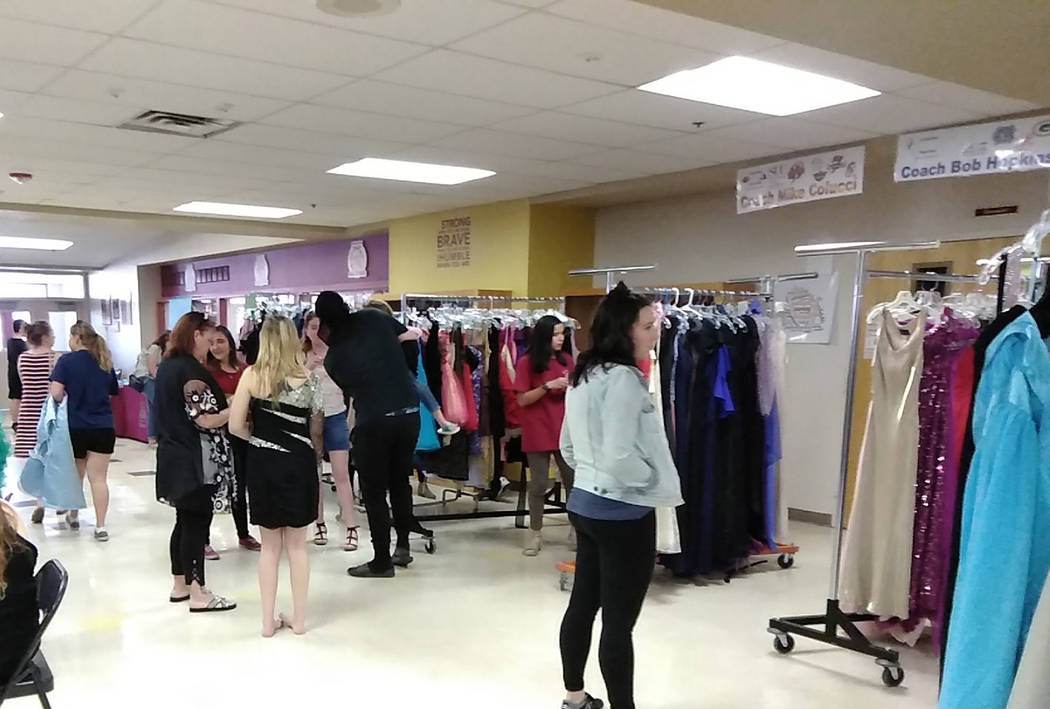 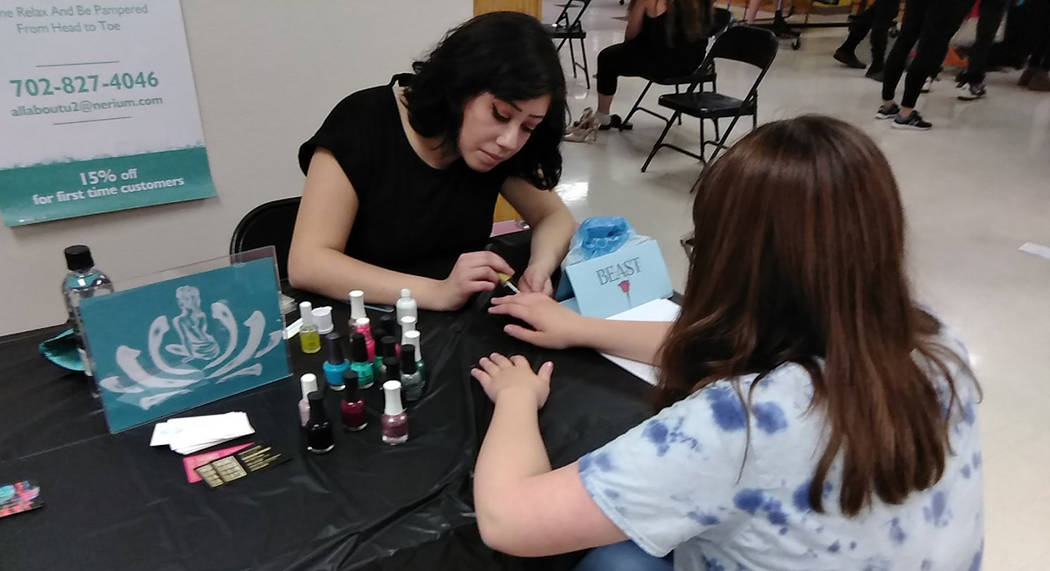 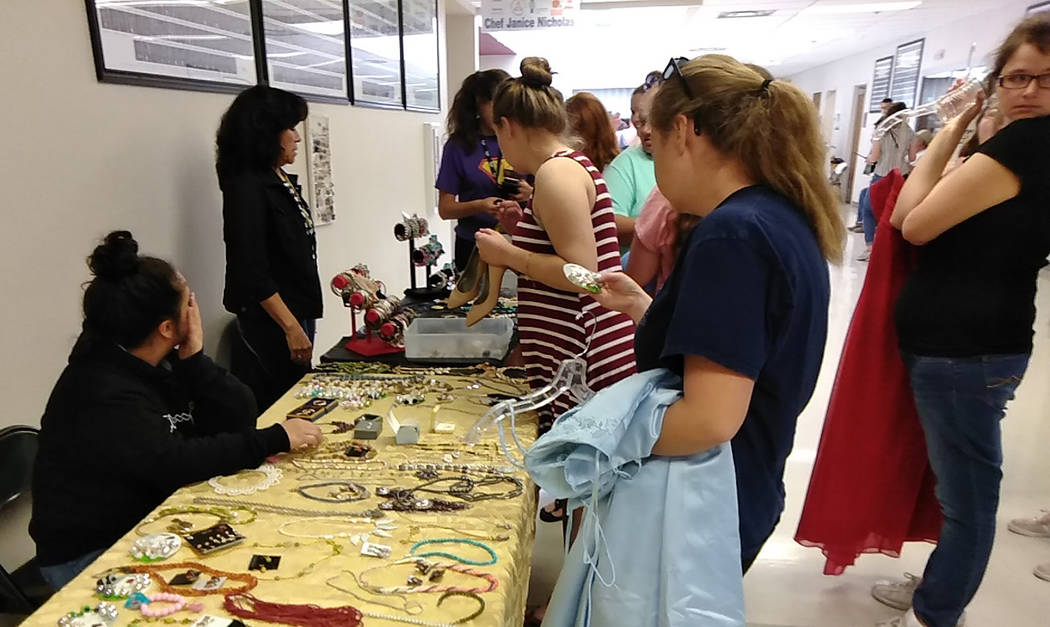 Selwyn Harris/Pahrump Valley Times A generous donation of high quality costume jewelry and fashion accessories were also part of the items offered to Pahrump Valley High School junior and seniors this year. The Prom Closet program has been offered in Pahrump for the past 3 years.

The Mountain Falls Golf Club is the venue for the 2019 Pahrump Valley High School Junior and Senior Prom.

The May 4th event, according to Registrar Jennifer Shockley, will run from 6 to 10 p.m.

The venue is located at 5001 Clubhouse Drive on the south end of town.

Shockley noted that the students, by and large, nixed the idea of having the event at the high school.

This year’s theme Shockley said, is “Be Our Guest,” based on “Beauty and the Beast.”

“Back in the day, everybody had their prom at their school, but it seemed that the kids want to go out somewhere,” she said. “There will be plenty of room because we take over the entire place. They close down the restaurant, and we have the convention area, and the outdoor patio that they just extended. We also have the front patio where the water fountain is located.”

Unfortunately, for the students and parents looking to save some money on prom tickets, that ship has since sailed, as the cutoff date for discount tickets ended on Saturday, where they were $45 for a single or $80 for a couple.

Prices leading up to the night of the prom are now $50 per person and $90 per couple.

Despite the amount, Shockley is anticipating a large turnout.

“We’re expecting to have nearly the entire junior and senior class this year,” she said. “Usually everyone goes to prom, so we’re expecting upward of 200 to 300 students attending this year.”

It’s safe to say that many of those students attending prom will wear brand new formal attire courtesy of the school’s Prom Closet, which opened on Saturday, April 13.

An organization known as Project 150 from Las Vegas provided the Prom Closet attire to any and all students attending this year’s prom.

The program allows students with limited options for prom attire, to select items, from head to toe, at no cost.

“There are a lot more students here than I expected, and a lot of students that I never really thought would come here actually did,” Jaynes said during a well-deserved break. “They are all leaving with something. It would be safe to say that without this program, many students would have a difficult time purchasing this formal wear. I know some students had already gotten their dresses, but they came here and found another one that they really liked, and they actually get to keep the items that they selected. We increased our limit to two dresses this year. Every single student I have seen here has left with something.”

“Things are going amazingly well today,” Fitzgibbons said. “We have doubled the volunteers that we ever had, which is great, but I think we also have doubled the amount of students here picking up items today. The good people from Project 150 have been kind enough to come out for the past three years.”