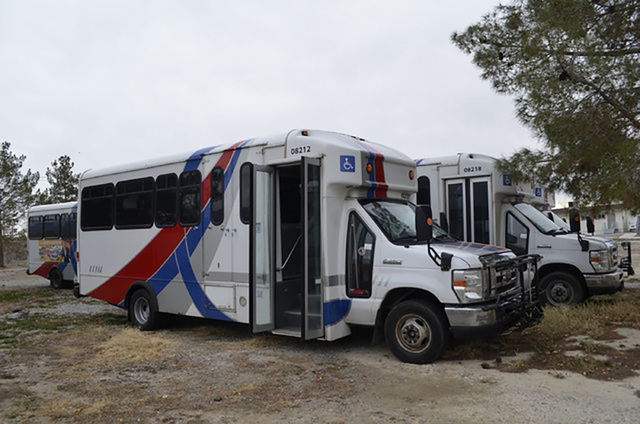 Special to the Pahrump Valley Times One of the buses used for the Pahrump Valley Public Transit service as shown in a 2016 photo. The buses are now operational and residents can schedule rides to and from nearly any destination within the town. 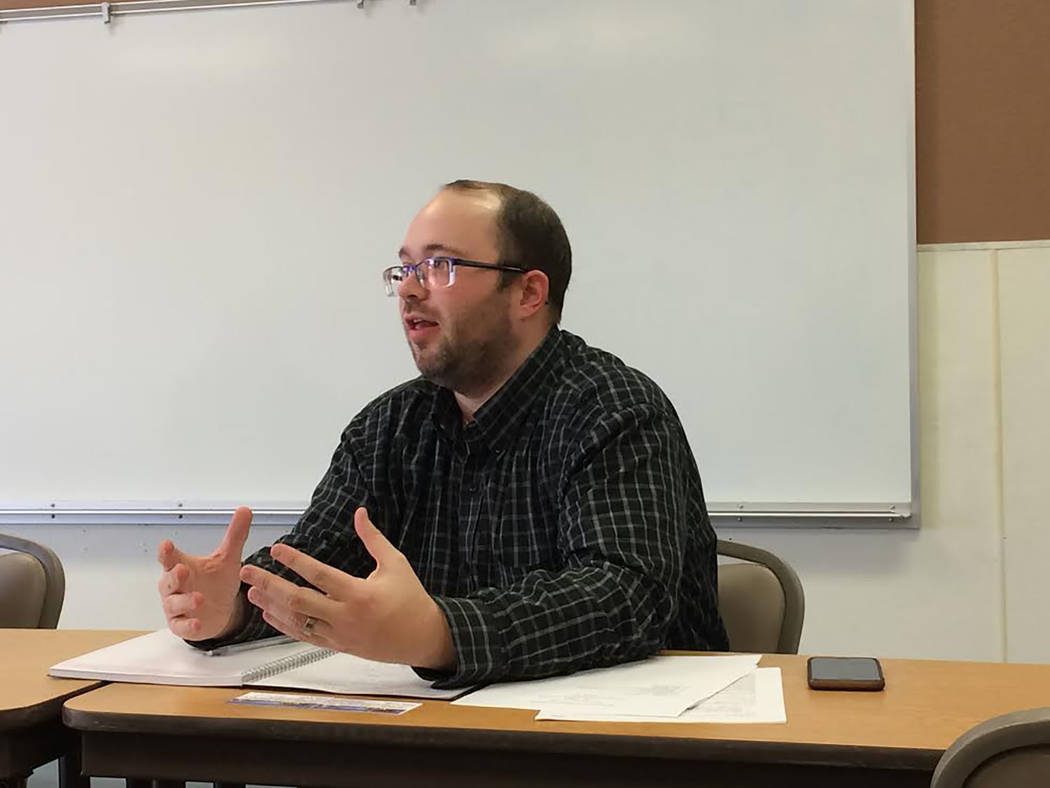 After many years of effort and struggle by various citizens and organizations, the town of Pahrump finally has a public bus service.

Although some of the details of the service are still being nailed down, the brand new Pahrump Valley Public Transit is in operation and residents can arrange for transportation to and from nearly any destination within the boundaries of Pahrump.

The PVPT, as the system has been dubbed, is a demand-response service with no formal bus stops. Rather, the service allows residents to call and schedule a time to be picked up from wherever they are in the valley, be it their home, the doctor, a store or elsewhere.

For $3 one way, residents under the age of 60 can be transported to the location of their choice and the bus can return to pick the rider up again if need be. For riders over the age of 60, there is no fare charged but a donation is suggested.

The PVPT is being funded through a grant secured by the Pahrump Senior Center and is organized in conjunction with the Pahrump Transportation Committee.

According to Transportation Committee Chairwoman Salli Kerr, the senior center was already utilizing Nevada Department of Transportation grant funding and was awarded additional funding to expand their service to full public transportation.

To help facilitate the next steps to be taken, Community Transportation Association of America representative Rich Sampson was in attendance at the Transportation Committee’s Jan. 17 meeting.

“What we focus more on is building partnerships, spreading word of mouth,” Sampson explained. “This is how you build credibility and trust over the long term… This is what works in rural communities and growing communities like this one.”

The committee agreed that outlining a definitive message to impart to the community regarding the service is of primary importance. To get the message out to residents, the Pahrump Senior Center’s website has basic information and a Facebook page will be started to detail the system. Kerr said she would be making brief presentations at the Nye County Commission’s February meeting as well.

Sampson noted that one action he believed the committee must take is to, at some point in the near future, host two formal public meetings to inform people of the new service. The dates of those meetings were not set at that time but will be announced once determined.

The next meeting of the Pahrump Transportation Committee is set for at 1 p.m. Wednesday, Jan. 24 in room 32 of the NyE Communities Coalition at 1020 E. Wilson Road.