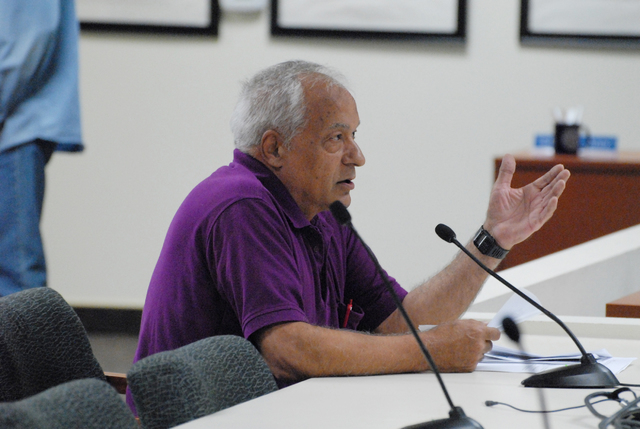 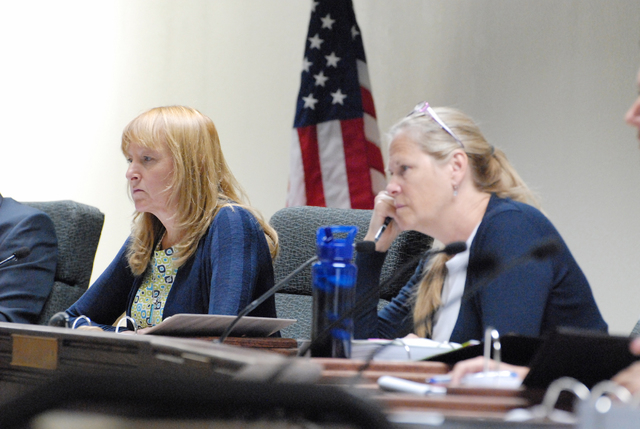 “To the extent those projects are approved by the commission in this proceeding they will have the ability to come back and recover the cost that they expended on those projects in a future rate proceeding. So it’s very important we have your feedback and specifically on the projects that are in front of us today and whether those projects are necessary to you the ratepayers and to the community,” Pinjuv said.

But only a small gathering of mostly persistent UICN critics showed up during a PUC consumer session on the company’s three-year action plan. The projects were described as addressing safety and reliability in the UICN system.

The proposed water improvements would cost UICN $2.56 million, sewer improvements another $1.9 million. Accountant Terry Redmon said it would require a 12.7 percent rate increase in water rates and 3.5 percent increase for sewer. But Redmon said that assumes all projects are completed in that time frame and the costs are calculated in a vacuum at this point in time.

Among planned water projects, UICN plans to extend pipelines to Ishani Ridge subdivision; on East Street and Highway 372; from Pahrump Valley Boulevard to Mountain View Casino; to a water main just west of Dandelion Street on Firebird Circle; connecting Blagg Road to an independent system at Bunch Street in Mountain View Estates and connect high and low zones at Highway 160 and Mesquite Avenue.

The sewer improvements include a new de-watering system and replacement of outdated sand filters at sewer treatment plant no. 3 on Willow Creek golf course. It includes generators for lift stations. A vactor truck disposal system and spare submersible aerator mixers are planned at Plant F.

Nye County Commission District 5 candidate Bob Howard asked why a $339,764 project to extend 3,700 feet of pipe to connect water lines at Basin and Blagg roads to Desert View Hospital for a secondary water supply in the event of a water main break wasn’t thought of when the hospital was built and the hospital billed for the cost.

“We have had other medical facilities go in since I’ve been here and we have made sure they are all looped,” Utilities Inc. of Central Nevada President Wendy Barnett said.

The IRP includes $50,000 for a long- term effluent management plan at Willow Creek golf course. In the plan UICN expects rapid infiltration basins will be needed. Their vision is for a water education park on at least part of the 160-acre property.

Barnett gave an update on the company’s plans for 15 parcels they will acquire at Willow Creek after proceedings in federal bankruptcy court last summer.

“We have not taken ownership of the golf course. We think that is just around the corner. We are finalizing our final regulatory approval with NDEP (Nevada Division of Environmental Protection) that we need to go in and do the remediation. We have the same plans that we had before to remediate the receiving pond, build a secondary receiving pond, put up some fencing, remediate the pump houses and stabilize the land,” Barnett said.

Eva Scharf said her sewer rates have already doubled since she moved to Pahrump in 2006 from $22 to $46 per month. By contrast, the rates in her former home in Henderson went up from $7 to $9 per month. She suggested a rate for sewer usage based on consumption similar to the UICN water consumption rates.

“I hardly ever use more than 3,500 gallons per month. I don’t think that it’s fair that a household of one or two pay the same sewer fee as a household of four, six or eight. Obviously two people use a lot less water,” Scharf said. “I don’t think Wendy or any- one else in the office would like to go house-to-house and count the people. Why not make the sewer fees according to the use of your water that way people would consider saving more water.”

Scharf, a resident of the Winery subdivision, said her electric bill is a few dollars cheaper than her water bill.

Frank Barkanyi, who said his water and sewer rates have gone up 400 percent since 1995, accused the PUC of not looking out for ratepayers’ interests.

PUC Chairman Alaina Burtenshaw, a Pahrump resident, said when the company comes back requesting a rate increase, “without exception they received much less than they asked for.”

Nye County Commissioner Dan Schinhofen said he wanted to know how much rates have increased in the last 10 years. “I have been told it has doubled,” he said.

Schinhofen also complained about an inability to pay bills in person at the UICN office. Barnett said only 4 percent of their customers paid their bills in person, opening the office to paying customers would cost each ratepayer $1 per month. She said instead customers who want to pay a bill in person could just pay it at Walmart for a $1 fee.

Schinhofen said the company outlined some good projects but ratepayers shouldn’t have to pay for them all. He also pressed for more details on the holdup UICN is facing acquiring Willow Creek Golf Course.

“The holdup has been going through the regulatory approvals, we are down to one last legal question. The plans are in to NDEP they agreed on the plan how to do the discharge between the irrigation and the RIBs (rapid infiltration basins) so I think we are at the end of the road. I don’t think we can point fingers at NDEP, regulatory approvals take time,” Barnett said. “In the bankruptcy proceedings, it was determined out of that order I would take ownership of it when I had the regulatory approval.”

“If you were a municipal utility company we could go in and do that without waiting for the PUC’s approval. Is that correct?” Schinhofen asked.

Consulting attorney William McKean said some municipal utilities can take longer to do their resource planning process, like the city of Henderson. He said government utilities are generally not subject to rate regulation by the PUC.

Richard Cantino, an Audubon Society member who is hoping for a bird conservation area on Willow Creek golf course, stood up for the company.

The PUC will consider approving the integrated resource plan during a meeting at 10 a.m., July 22 at their offices at 9075 W. Diablo Dr. in Las Vegas.