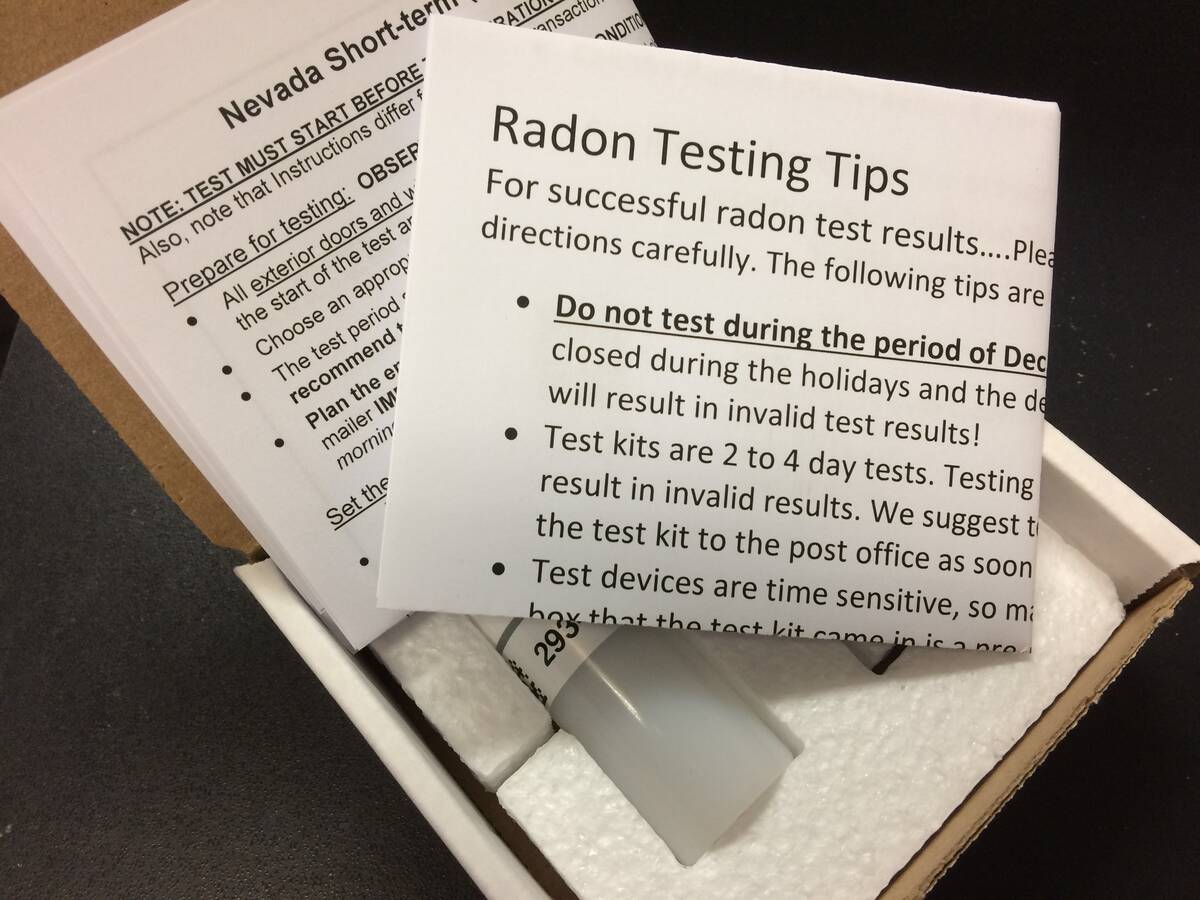 Radon is a naturally occurring radioactive gas emitted from the ground.

The compound can enter a home through cracks in floors, basement walls, foundations and other openings.

A report released by the American Lung Association states that radon is detected at high levels in too many homes in Nevada.

“Radon is responsible for an estimated 21,000 lung cancer deaths every year and is the leading cause of lung cancer in people who have never smoked,” said JoAnna Strother, who is the Senior Director of Advocacy for the Lung Association. “Since radon is odorless, tasteless and colorless, the only way to detect radon in your home is to test the air. This is why it is critical for everyone to test their home. Radon Action Month is the perfect time to learn more about this dangerous gas and take action to protect yourself and your loved ones.”

Do-it-yourself radon test kits are simple to use and inexpensive.

The EPA urges anyone with radon levels at or above 4 picoCuries per liter (pCi/L) to take action to install a mitigation system in their homes, according to the release.

Both the EPA and the American Lung Association recommend that mitigation be considered if levels are greater than 2 pCi/L.

After high levels are detected, a radon mitigation system should be installed by a radon professional.

To learn more about radon testing and mitigation, log on to www.Lung.org/Radon.