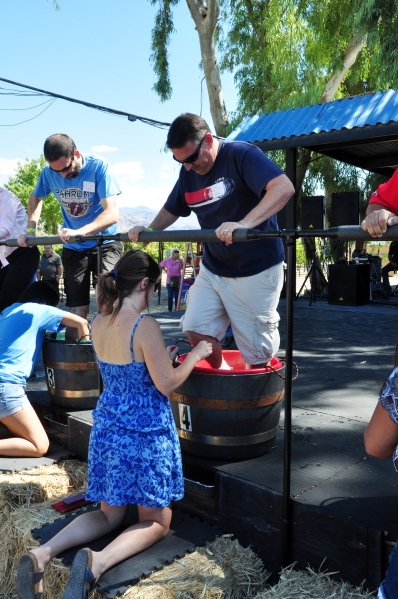 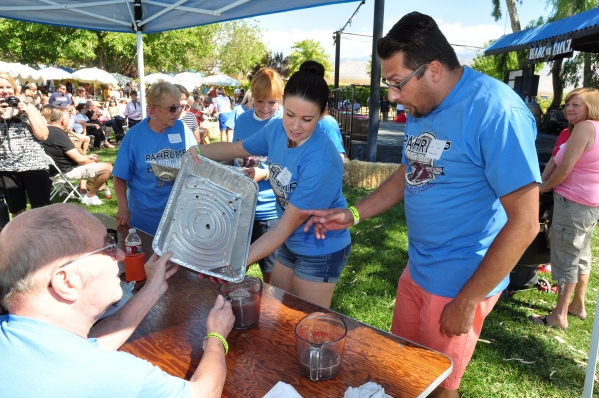 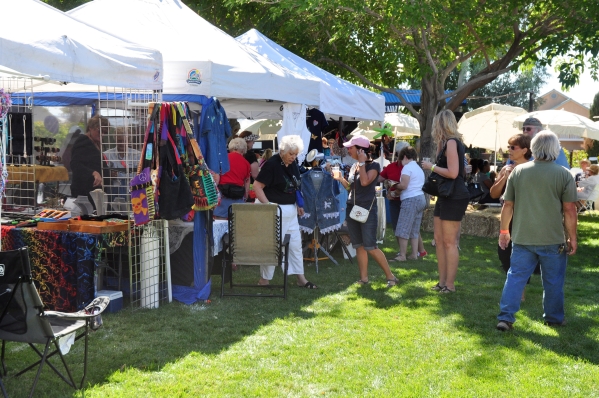 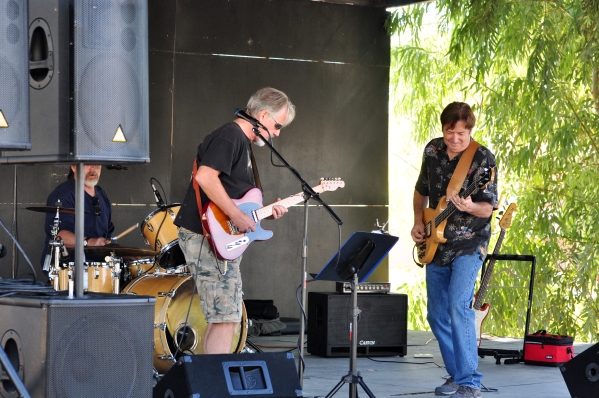 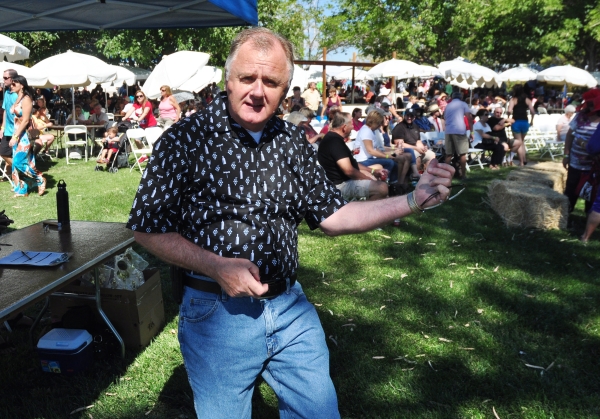 After a great turnout Saturday, Oct. 3, Bill Loken, owner of Pahrump Valley Winery, was hoping to see a repeat on that Sunday. But the weather had other plans.

Intense storms rolled into the valley that Sunday, dropping three-quarters of an inch of rain that day alone, washing out the day’s outdoor events.

“Saturday was a huge hit. We had record crowds and it was very, very busy,” Loken said. “Sunday we got rained out at the last minute.”

Loken recalled that during his time putting on the festival that this is the first time any portion of the event had to be canceled for weather-related reasons.

“I have been here for 13 years and this is the first rainout,” he said. “It was bound to happen sooner or later so we weren’t totally surprised.”

Loken explained lightning forced the outdoor event to be shut down, but the restaurant and wine sale were still business as usual.

Between the two days Loken said the wine sale was a success, seeing better sales Saturday over the previous year, but saw a decline Sunday due to the storms.

“We still had one heck of a day because of the wine sale. We were packed all day,” Loken said. “We sold about 400 cases of wine between Saturday and Sunday.”

With 12 bottles making a case, that equates to about 4,800 bottles of wine sold over the two-day event. Customers were offered up to 40 percent off per case, with the ability to mix and match from the 20 different wines the winery sells.

Saturday was headlined by the grape stomp competition that saw 85 teams smashing grapes looking to produce the most juice in two minutes.

Justin and Carmen Acklin took home first place, collecting 1375 milliliters of juice, which would almost be enough to fill two bottles of wine. Billie Joe Murray and Arlie Daniel came in second with 1180 ml and Kris Mann and Shirley Jimenez rounded out the top finishers in third, compiling 1135 ml of juice.

With how packed it was Saturday, Loken said that the event has grown so much over the last decade that they have run out of space to grow the event in its current setup. Looking toward the future, Loken already has plans to increase the area, which should be ready by next year’s stomp.

“We are just stretched for space,” he said. “Our parking and the amount of space we have here on the grounds, we just could not handle a whole lot more people. It’s turned into a monster event.