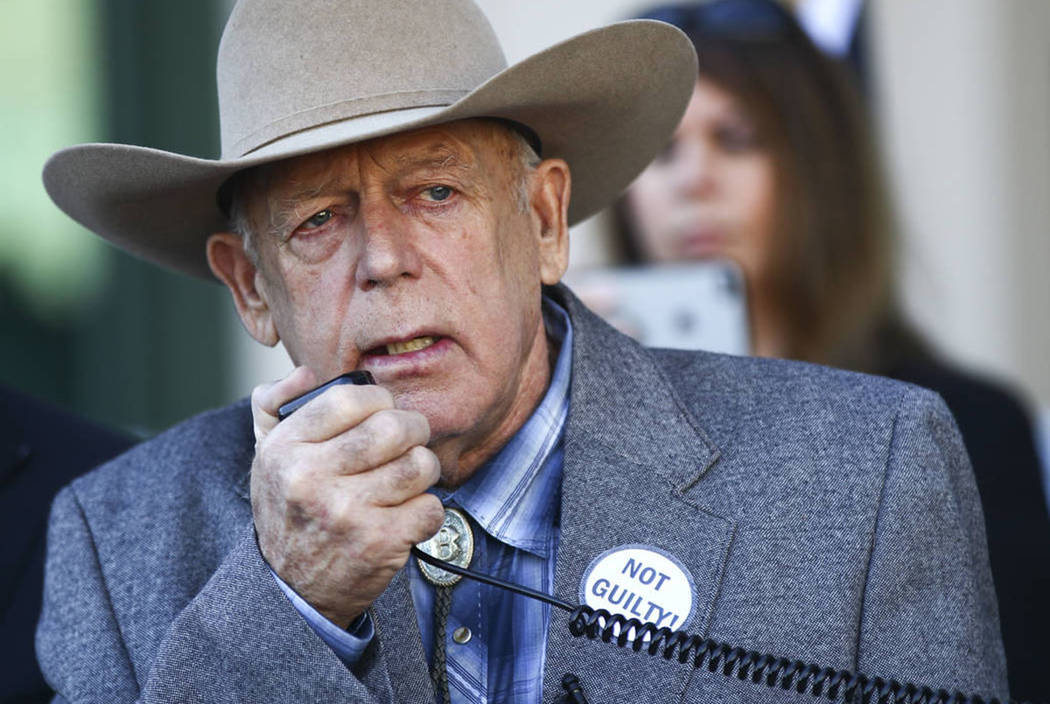 The previous suit, filed in January, was thrown out after Bundy and his lawyers failed to take action in the case.

The suit claims that former President Barack Obama’s late 2016 establishment of Gold Butte National Monument, which occurred while the rancher was in federal custody, was “as illegal as it is unlawful” and would preclude him from continuing to function on his land and destroy his livelihood.

In the latest version of the complaint filed this week, Bundy’s lawyers are listed as Larry Klayman, of Washington, along with Las Vegas attorney Craig Mueller, who ran an unsuccessful bid for Nevada attorney general in the Republican primary.

Klayman was blocked from joining Bundy’s criminal defense team by U.S. District Judge Gloria Navarro, who ultimately dismissed charges against Bundy, two of his sons and another man. Klayman was one of the attorneys who filed the same suit earlier this year.

Bundy seeks a declaration that public lands in the state are owned by the residents.

Navarro’s decision ended a trial over the April 2014 armed standoff in Bunkerville, which occurred after federal agents tried to execute a court order to round up Bundy’s cattle. The attempt stemmed from a decadeslong dispute over grazing fees.

Bundy visited Pahrump in July as a featured speaker at the Independent American Party-sponsored “Constitution Dinner.”

Bundy fiercely declared that citizens must stay ever-vigilant to ensure their freedoms are protected and never hesitate to fight back when they feel their liberties are being oppressed or the federal government is overreaching itself. The U.S. Constitution, he asserted, was a document of extreme importance which should be treated much as the Bible is.