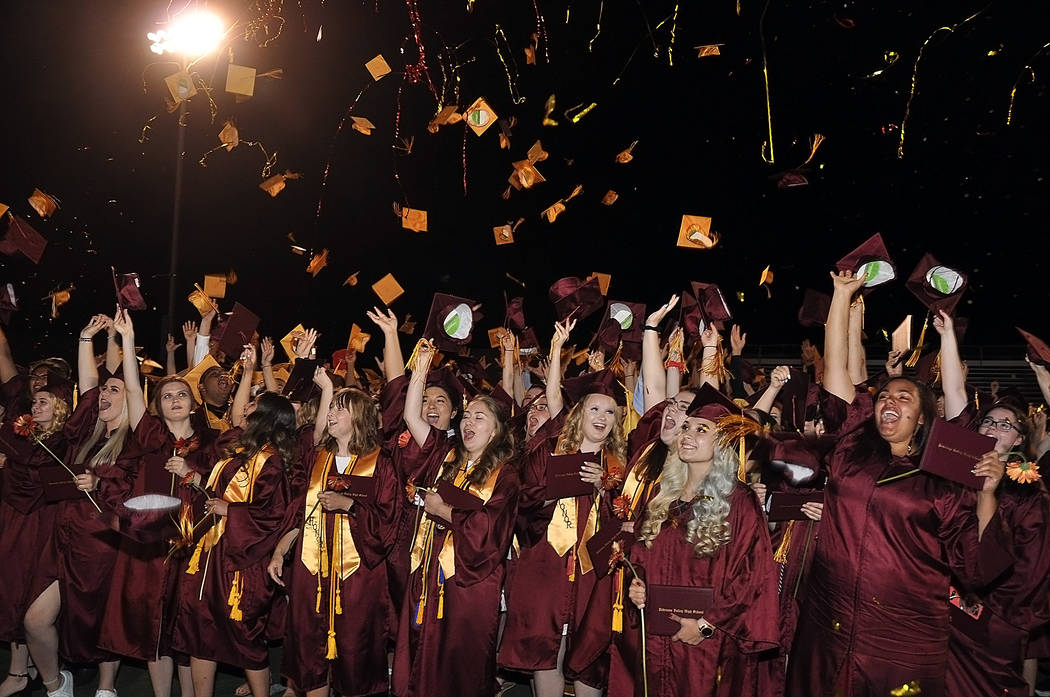 Horace Langford Jr./Pahrump Valley Times The Class of 2019 at Pahrump Valley High School toss their caps after the graduation ceremony on May 31, 2019. A record 267 graduates walked across the stage at the high school's football field. 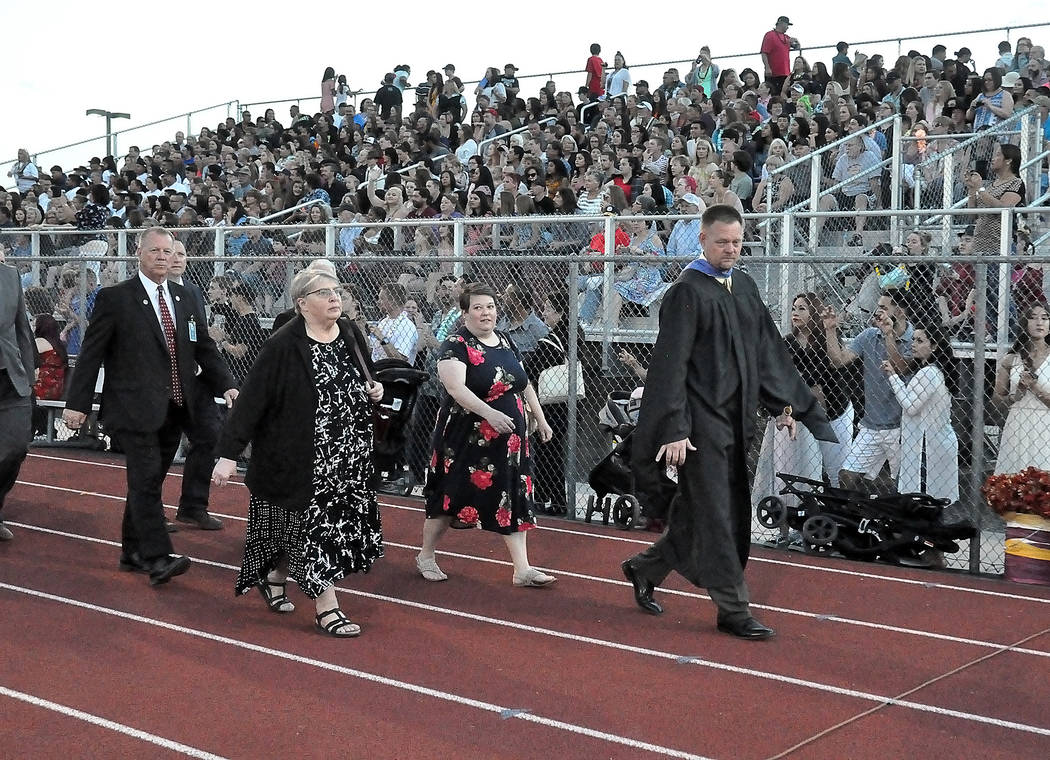 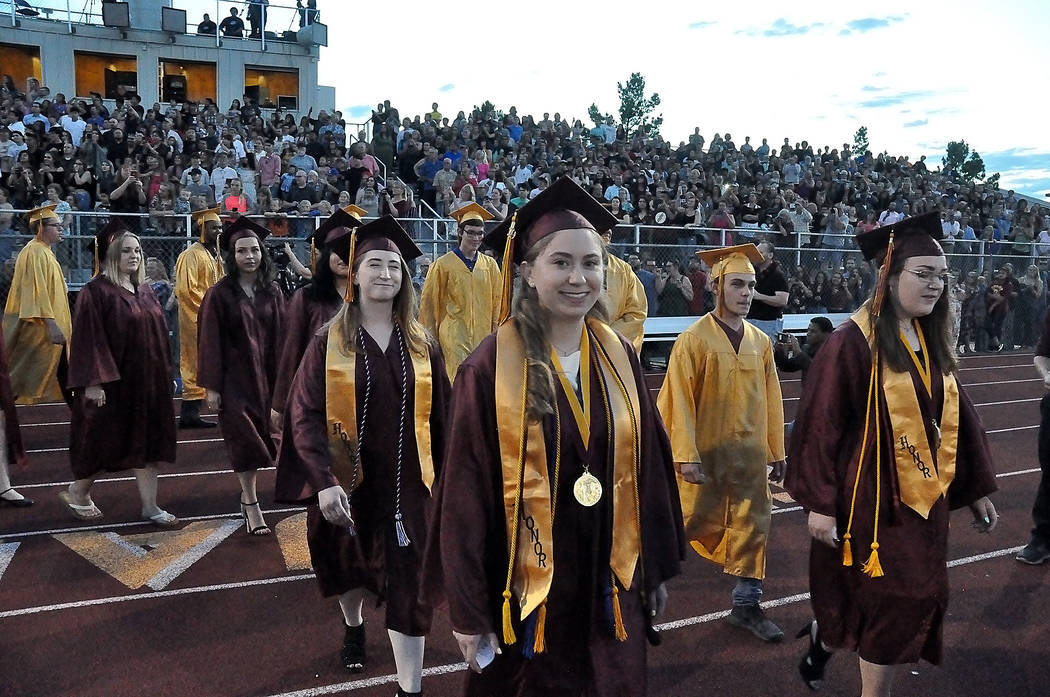 Horace Langford Jr./Special to the Pahrump Valley Times The 2019 Pahrump Valley High School graduates enter the high school's football field on May 31, 2019. A record 267 graduates walked across the stage at the ceremony.

The largest graduating class at Pahrump Valley High School walked across the stage at the end of May.

Hundreds of parents, guardians and others, lined the bleachers of Pahrump high school’s football field and cheered the graduates as they walked across the stage on May 31.

Kyle Lindberg, interim principal at the Pahrump Valley High School, announced that a record 267 students were graduating at the event that got underway around 8 p.m. at 501 E. Calvada Blvd.

That was roughly 13 percent higher than the 236 graduates in 2018, according to a May 23, 2018 report in the Pahrump Valley Times. The 2017 graduating class was just slightly less than that with 234 graduates.

As the graduates walked down the track field at the Pahrump high school’s football field, the crowd, which was estimated could reach over 3,300 prior to the ceremony, cheered as the graduates made their way toward the stage to be recognized for their accomplishments.

Following the ceremony, several people in the stands did say they were upset with not being able to hear the names of all the graduates being called during the ceremony. Audio issues were also noticed by the crowd during the singing of the national anthem.

Samantha Thompson was the valedictorian for the Class of 2019 with Darcy Biermeyer was the salutatorian. Both spoke during the ceremony following Shelby Lucas, Pahrump Valley’s student body president, and Katie Goodman, Pahrump’s senior class president.

“For all of us, we will have the memories we have made here,” Thompson said during her speech. “We have all learned so many skills that we will carry into our adult lives — whether it be in medicine, in law, in arts, technology or homemaking. Whatever you do, I wish you the best.”

Thompson thanked several of her family and teachers at Pahrump Valley High School during the ceremony.

“We have finished this ride, but there are many more left in store for us,” she said. “Never give up, and don’t let go of the high hopes that we have right now. I think Winnie the Pooh perfectly expresses how I am feeling right now. He said ‘how lucky I am to have something that makes saying goodbye so hard.’ You are all amazing people, and I truly wish you the best.”

“Finally, I hope that this is not a farewell but a see you later,” Thompson said.

Biermeyer also spoke during the ceremony.

Approximately 36 graduates were set to qualify for the Millennium Scholarship with an estimated 64 honor graduates in the Class of 2019 in Pahrump, according to Jennifer Shockley, student registrar at the high school.

When all the graduates had walked across the stage, the group tossed their caps in the air and maroon and gold streamers came flying out through the air.