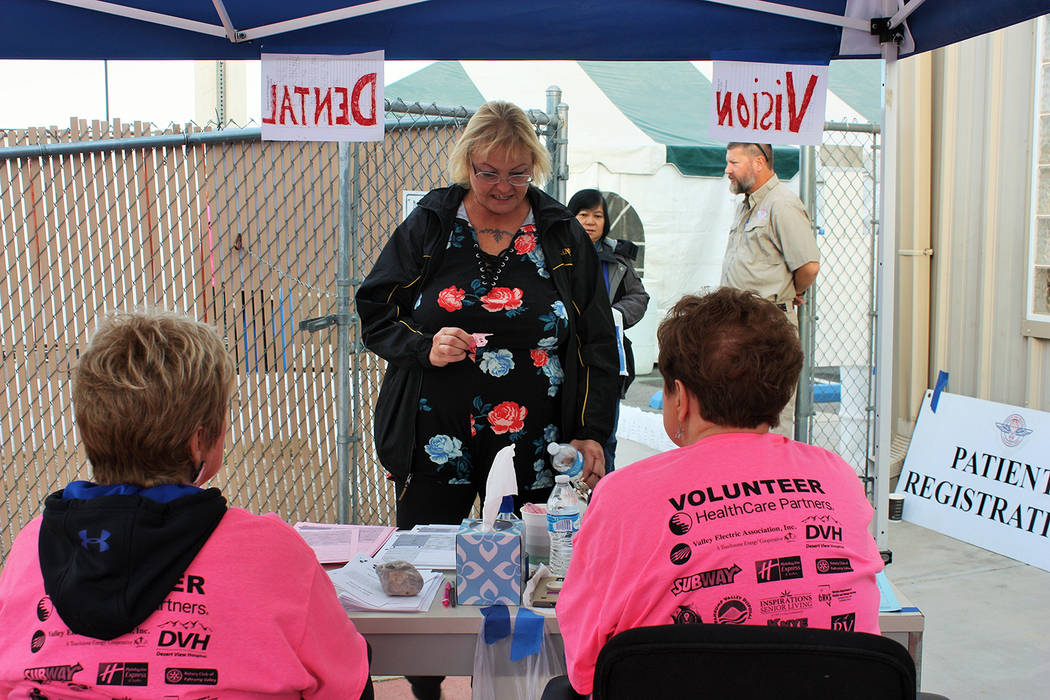 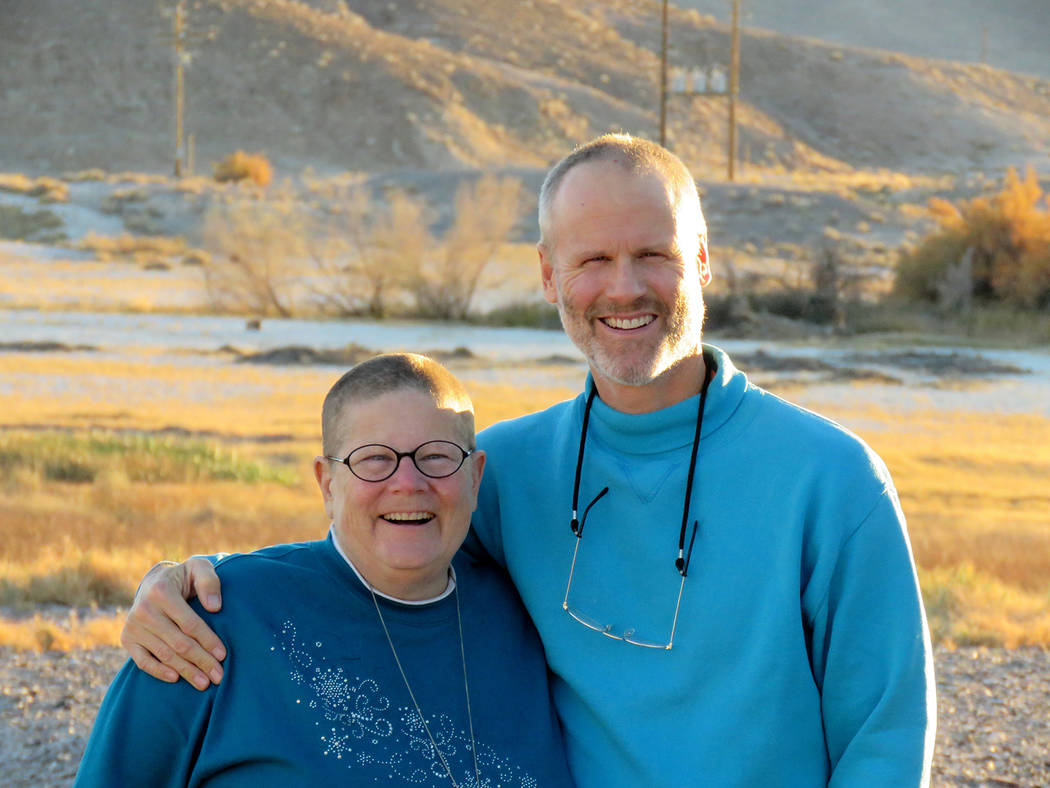 Special to the Pahrump Valley Times Robin Powers and her husband Mike both decided to volunteer to help set up and tear down the Remote Area Medical event this year, after Robin received free medical care the previous year. 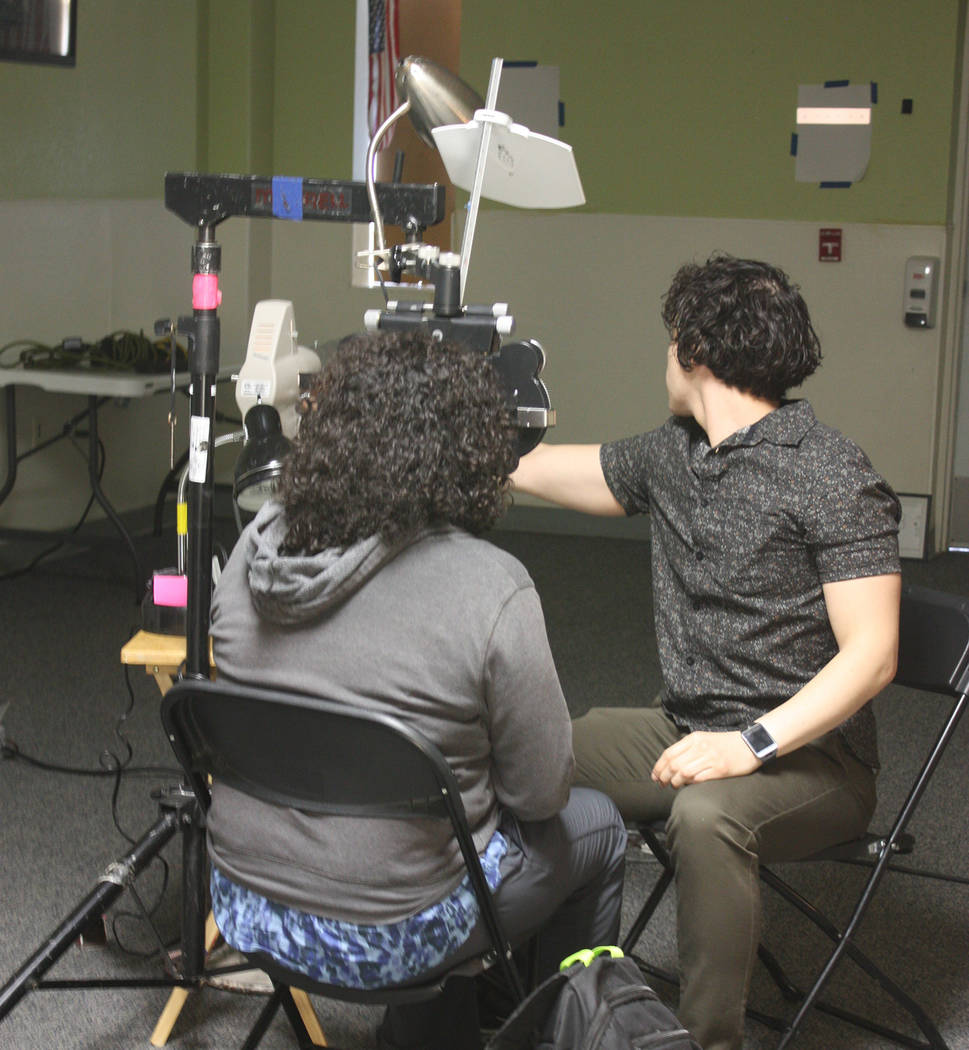 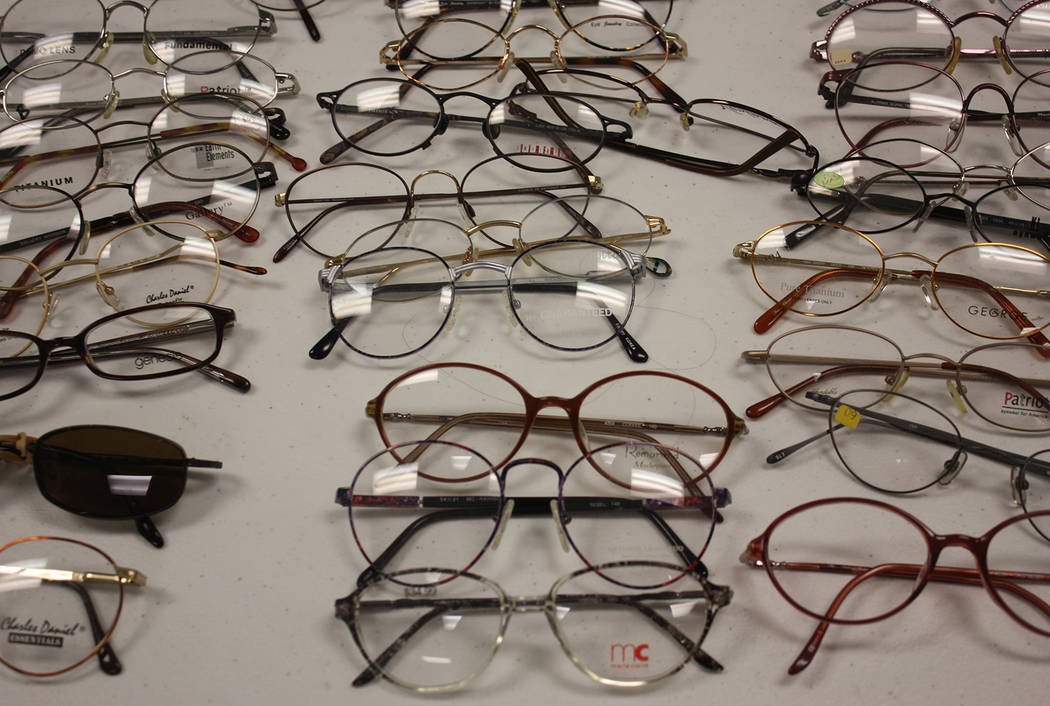 Robin Hebrock/Pahrump Valley Times The Remote Area Medical van came equipped with the machines necessary to manufacture hundreds of pairs of lenses and place them in the frames patients picked out, all of which were donated to the cause. 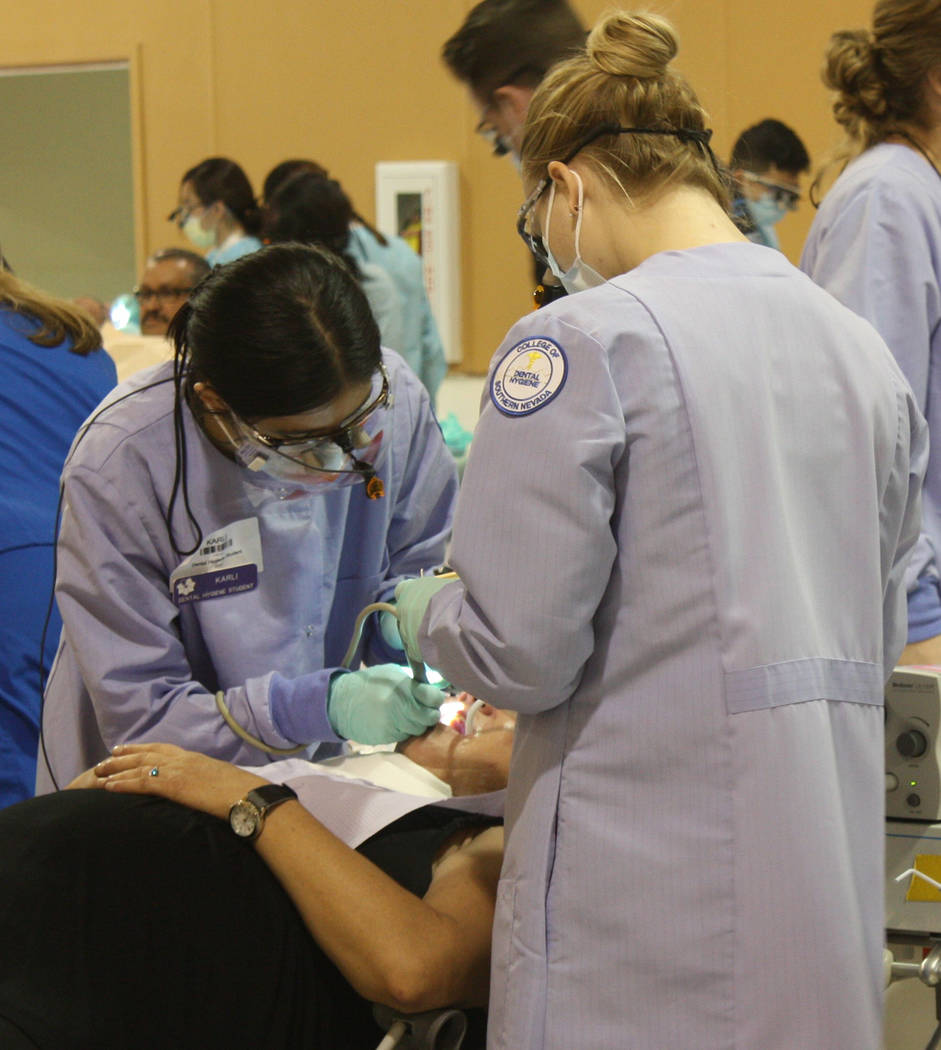 Robin Hebrock/Pahrump Valley Times Free dental work is always in high demand at Remote Area Medical events, with patients often explaining that the cost, even with dental insurance, simply put care out of their reach. RAMs efforts ensure people like this can have their dental issues addressed without worry about cost. 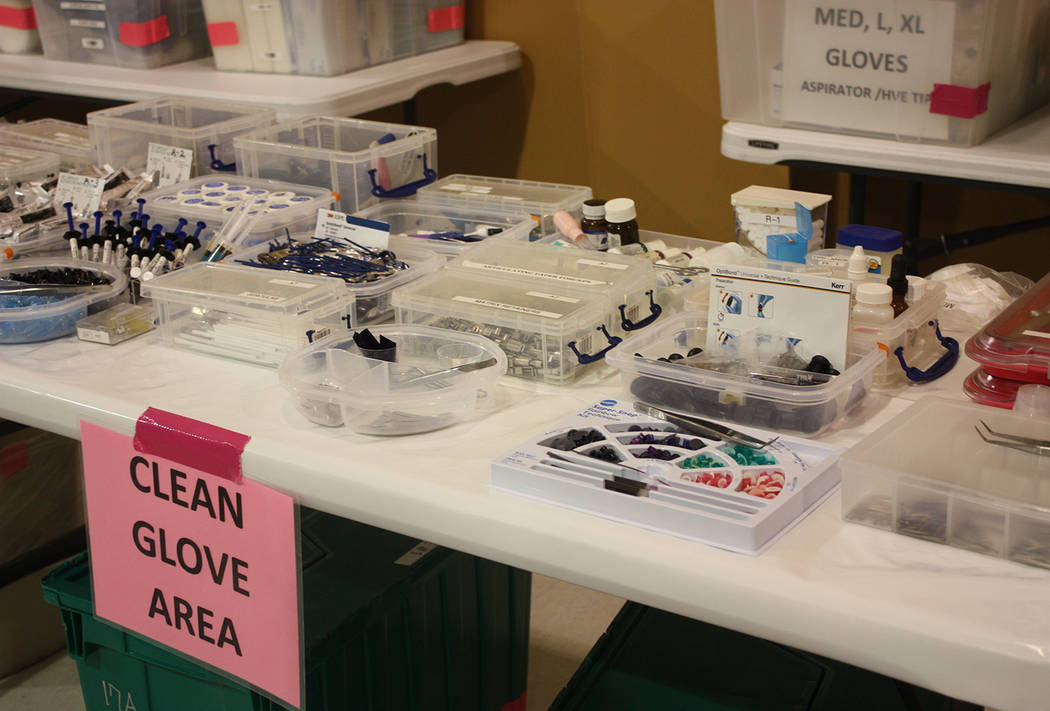 Robin Hebrock/Pahrump Valley Times The dental station set up inside the NyE Communities Coalition Activities Center was filled with all of the tools and items volunteers needed to clean, fill and extract teeth. 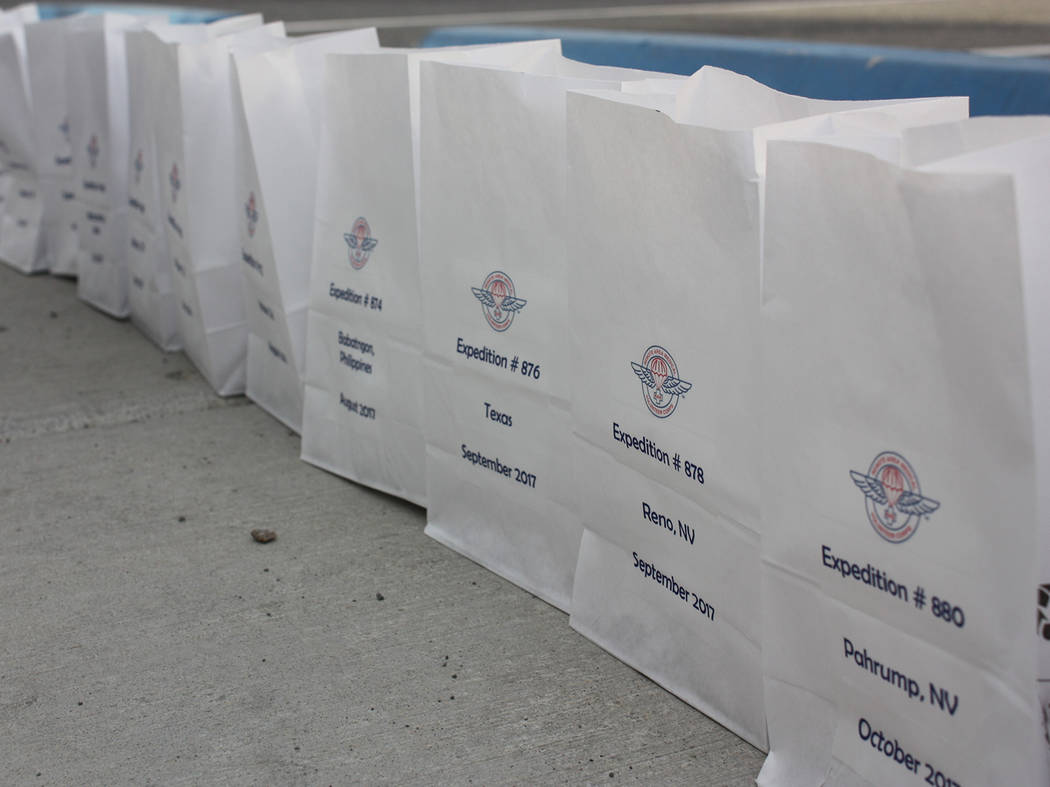 Robin Hebrock/Pahrump Valley Times In honor of the memory of Stan Brock, who founded Remote Area Medical, luminaries were set up along the sidewalk at the NyE Communities Coalition, each labeled with the date and location of a RAM event. 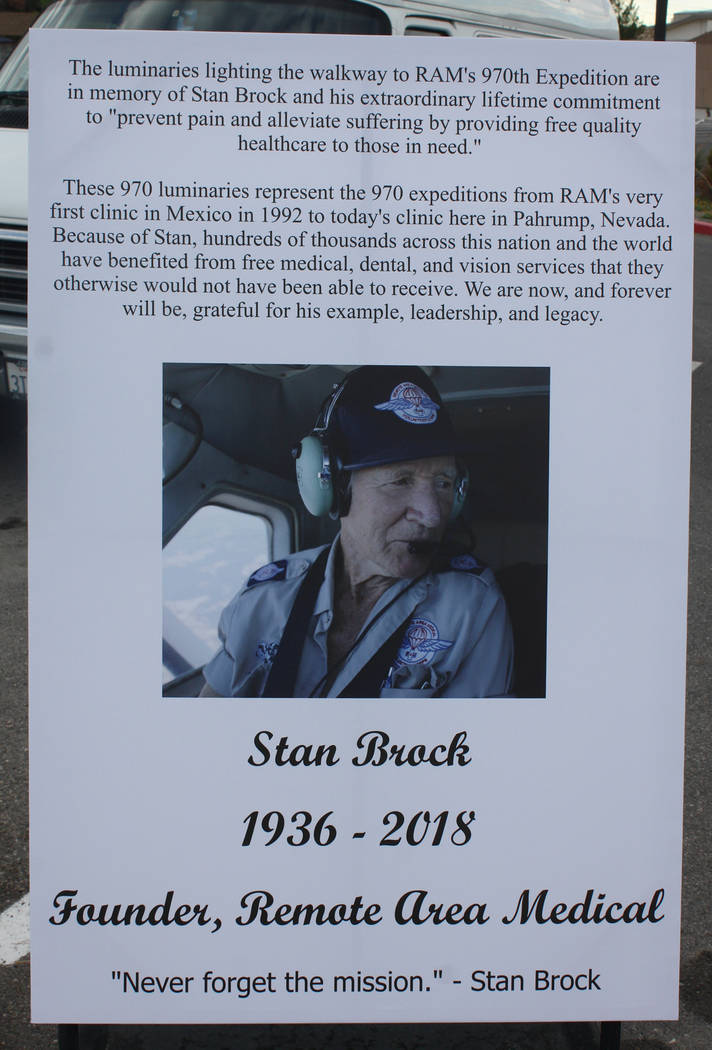 Robin Hebrock/Pahrump Valley Times Stan Brock passed away this year but his legacy lives on in the active efforts of his nonprofit organization, Remote Area Medical.

The efforts of those involved in the Remote Area Medical events in Pahrump over the past three years have truly touched the lives of those who benefited from the free medical services.

Hundreds of local residents and those of surrounding areas, such as Beatty and Amargosa as well as Shoshone and Tecopa, California, have been able to receive health care services completely free of charge. For many, this was something that they could not have afforded on their own and the long-term positive effects of the medical services rendered cannot be overstated.

Two such RAM attendees were Nancy Paul and Robin Powers. Both went to the RAM clinic this October and their appreciation for the army of medical professionals and volunteers was overflowing as they described their experiences.

Paul sought out RAM for the first time this year, in need of dental work and once she got there, vision became a focus for her as well.

“I did the dental yesterday and have done eyeglasses today,” Paul stated on Saturday, Oct. 6 as the RAM event was bustling with activity. “I am waiting for the glasses to be made right now so I am going back through for more dental work.”

Paul noted that she had been hesitant to head out for RAM in the past but she had decided to take the plunge this year and she was undoubtedly happy that she had.

“For two years I was kind of afraid to come but I decided to this year. I actually have Medicaid, because I only live on $450 per month and they don’t do fillings. That is what I needed,” Paul explained. “And I broke my brand new pair of glasses, someone sat on them, so I was able to get them replaced today. I liked all of it. I was in the Army for a lot of years so I am used to standing in lines like this and this line went very promptly.”

Powers was introduced to RAM in 2017 when she sought medical help after a fall.

“Last year, about 10 days before RAM happened, I slipped on some loose rocks while hiking and fell and struck my head,” Powers, a Tecopa, California resident, said of her personal situation. She remarked that she had felt fine, with the exception of a headache, so she didn’t think much of the fall until the following day. “I woke up with flashing lights, a big arc of red and white about arm’s distance from me to the left,” Powers described.

Immediately concerned, she attempted to figure out the extent of her injuries. She eventually decided that she must have detached a retina or had some other problem with her eyes. A few days afterward she randomly vomited and that was the clincher. She knew RAM was coming to Pahrump and she determined to head to the event to learn what was wrong with her eyes.

“I stayed up all night and went through the line. When I got back there, I found the doctors to be extremely responsive. They took my story very seriously,” Powers said. “One doctor passed me to another doctor, they double-dilated my eyes, the whole bit. They said I didn’t have a detached retina, I had a head injury and needed a CT scan. The doctor went on to articulate that the injury had affected the visual processing portion of my brain, which would also affect my short-term and long-term memory.”

Powers ultimately went on to get a CT scan and today she is absolutely fine. “I am hugely grateful to them,” Powers said. “It was the fastest way to get in to see someone and I don’t have money so, you know, I couldn’t just walk into a hospital or a clinic or an eye doctor at will because I couldn’t afford it. I am extremely thankful that this volunteer organization comes out and takes care of people like me. I felt really cared about.”

With that experience in mind, Powers said she was inspired to not only attend RAM as a patient again this year but to volunteer as well.

“I made the decision that I would give back by volunteering, so this time I signed up, became a volunteer and helped with both setup and teardown after the event was over. I also was able to go in and get new glasses this year and some dental work as well,” she stated.

“Because I am on Medi-Cal and I had the tooth worked on last year, they won’t allow for a crown for another two years. And it’s one of my primary chewing teeth. So I had that tooth refilled. I had a third-year dental student and she was gentle and kind. That was probably the best filling anyone has ever done on me. I tend to be phobic and she was very kind. I was completely thrilled with the quality of my care, once again.”